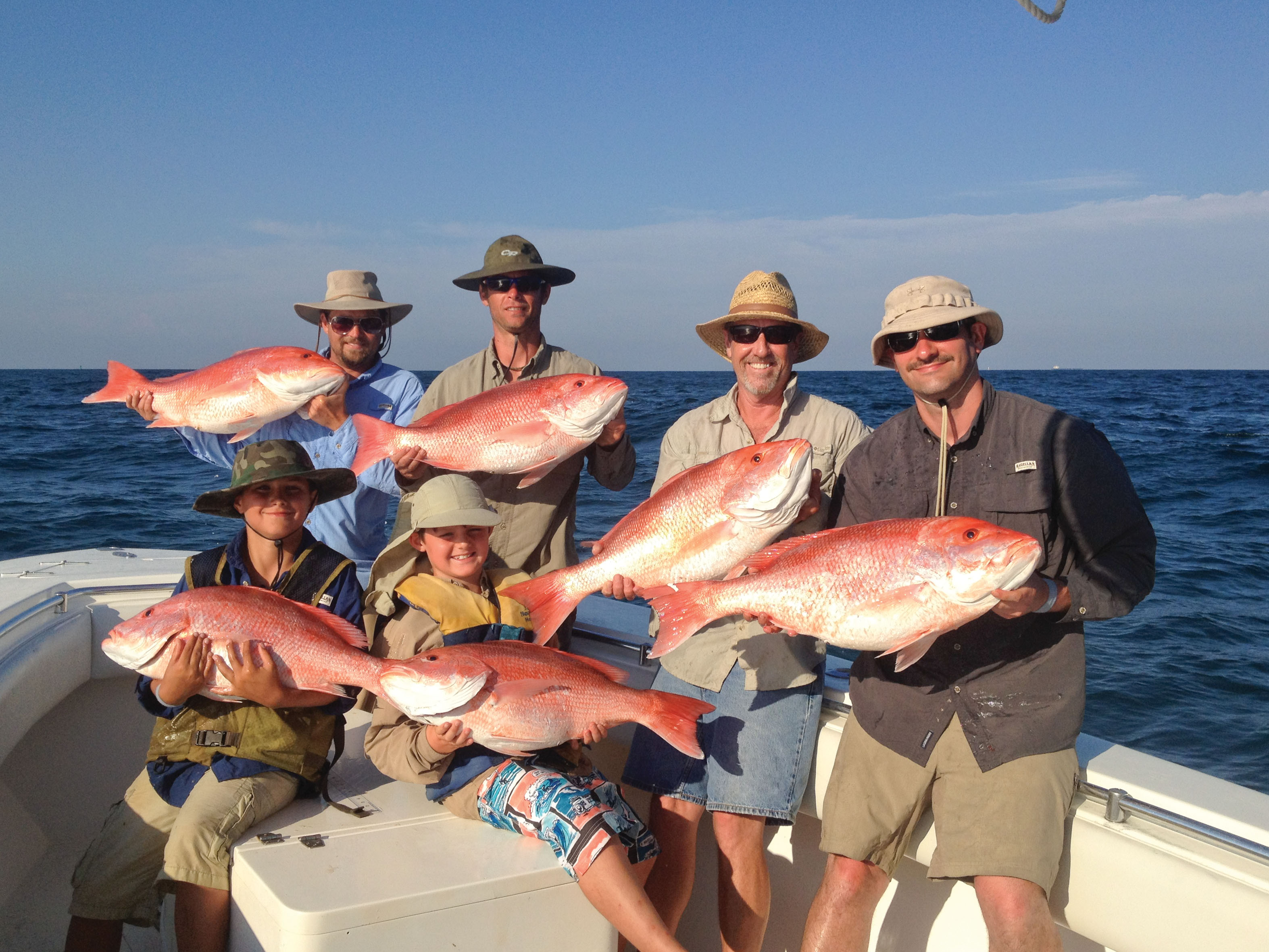 I sit here to write with concerns following the close of yet another red snapper season that, even with an unprecedented six day extension, is the shortest on record. My concerns lie with the extension and its possible effect on the overall red snapper landings for 2012. This extension was the result of a letter written by Congressman Steve Southerland (R-FL) dated June 27 2012 and co-signed by eighteen others. Congressman Southerland requested that NOAA Fisheries Service extend the season due to an abnormal string of bad weather days in the Eastern Gulf of Mexico that kept the fishermen tied to the dock. Their basic reasoning was the effect these lost days would have on coastal economies and coastal businesses that rely on the recreational red snapper fishery.

Joe Richard wrote in my stead last month about the pitfalls of a short derby season and how it just doesn't work. A derby season has failed the fisherman and the fishery in every place that it has been tried. It has been proven to cost lives and fail to allow the fisherman to fully take advantage of the stocks regardless of the number of fishable weather days.

I suspect the saddest part of our most recent season is that extending for six days due to a little political pressure from a few freshman congressmen, will ultimately have little to no effect on the success or failure of a single coastal business. Plus - if the extension proves successful in increasing recreational red snapper landings - NOAA may turn around and say we over-fished the recreational quota for yet another year. And so, the extra days we are allowed to fish this year may not equal the reduction in quota that NOAA could impose next year.

All of this is just so much speculation on my part but it seems to be a common thought among many that are way better versed in the management of our Gulf fisheries than I am. To put it simply, our six additional days of glory may come at a bigger price than any of us want to pay…lending more weight to Joe's points about our current derby style fishing seasons.

OK - enough of the soapbox. Let's look to the day at hand and the good news for what lies ahead.

August has to be my favorite time of year to fish. Our fishery will go through about as dramatic a change as it ever makes over the next month. Our shrimp boats will go from working the beachfront to upwards of two hundred foot depths over the next few weeks, bringing daily changes to the way we fish them. The boats will hold a mix of cobia, kingfish, sharks and dorado as they fish consistently further offshore, chasing the shrimp into deeper waters. Blackfin tuna will become the ultimate prize for anglers willing to make the longer runs as the season progresses.

We can also return to targeting greater amberjack with the season opening August 1. With these fish receiving a two month rest from summer fishing pressure they should not only be stacked up and easy to target, we should see the season remain open through the end of the year.

I'm often asked if I could choose a time of year that I prefer to fish , or that I like most , and my answer is always from August until the cold fronts begin to make the weather unpredictable. By this time of year we are sitting on every species of migratory fish that pass our way. In August the high pressure systems that seem to make it so hot also allow our water and wind to consistently calm. This often allows the rips and hard current changes to stack up the large sargassum lines and patches. These trash lines, or grass lines as many call them, will hold not only fish but the hopes and full attention of every fisherman that happens upon them.

Glass-slick seas will allow us to travel faster and cover more water than we have been accustomed to doing over the last couple of months. This affords us the opportunity to try places and tactics that even if only a gamble will not cost us as dearly as it would on a day that we couldn't just pick up and make a quick move when we strike out.

I have spoken before on many occasions about trying new approaches and new tactics and learning from our successes as well as our failures. This month is a great time to apply some of these ideas, be it something that you have heard about or just some wild idea that you have concocted yourself.

To me, we are entering a time of year in the western Gulf that is just about as good as it gets. This is due to a culmination of fish migrations, water temperature, and just downright Chamber of Commerce type weather.

It's time for this old fisherman to forget the pitfalls of a season past and lay aside concerns for what the future brings (even if just for a little while) and enjoy the next few weeks on the water. It's time to take part in our world-class fishery that allows us to target a great number of species and make those in the eastern Gulf (that rely on only one or two fish) wish they were in Texas!