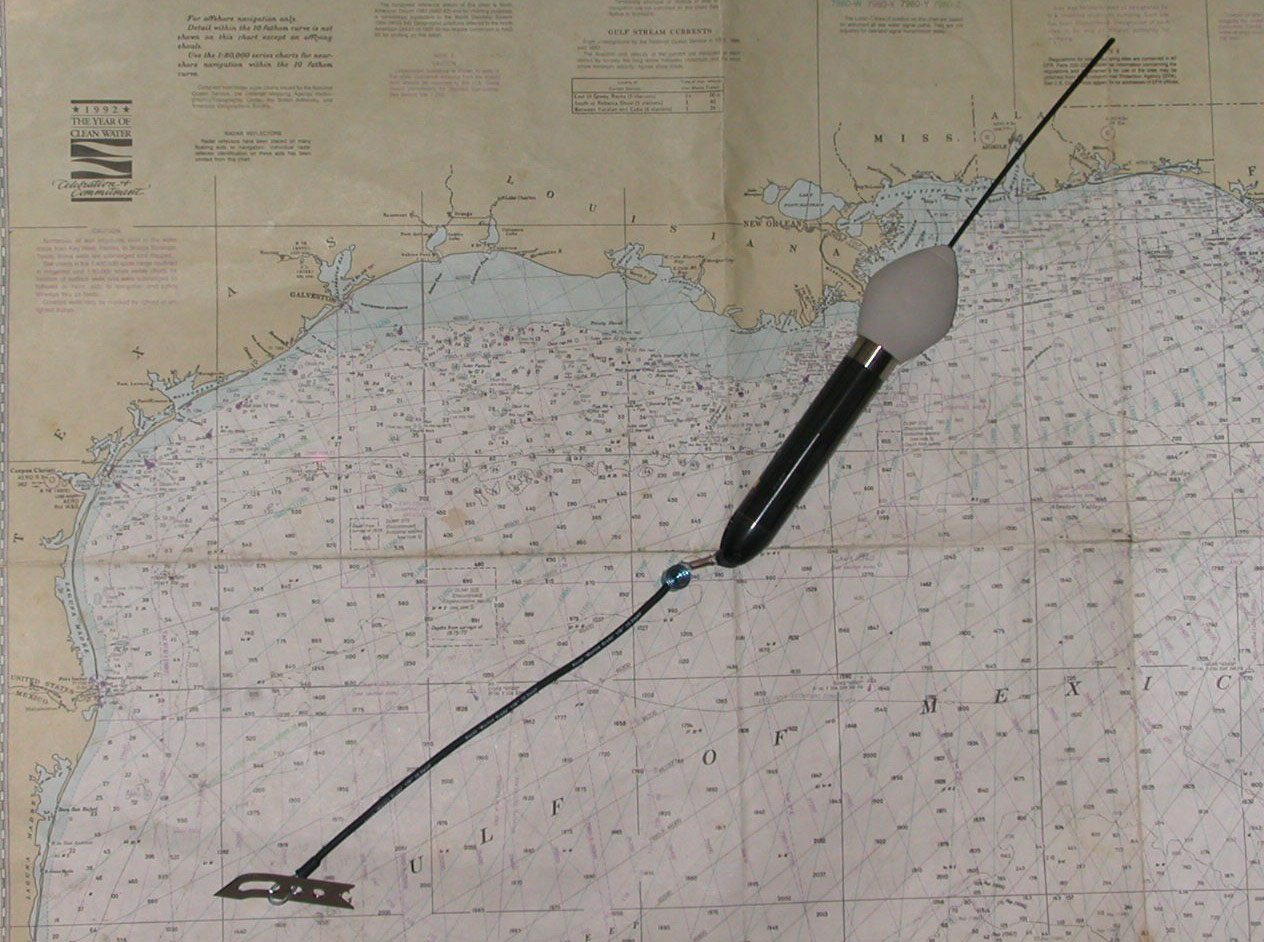 The space age has brought us new technology that has revolutionized the way we fish forever. Computers and satellites have made the world of big game fishing easier, safer, more informed and more productive. Satellite navigation, communication, imagery, digital radar, chart plotters, weather data, oceanographic data and other information displayed by onboard computerized ships systems is light years ahead of the technology we had just 20 years ago. Marine engines and outboard motors are now computerized, making them more fuel efficient and reliable than ever. Boats are precisely designed and built with CAD computer systems. Propellers are laser checked and boat performance calculated by computers. Technology has expanded deep-sea oil exploration and provided us with many "islands of steel" creating small ecosystems that attract fish for us here in the Gulf of Mexico. We even use computers for our fishing logs and use queries to find out what is working and what's not. It's really amazing when you think about it, especially if you grew up a few years ago, when all we had was a compass, a chart, a depth sounder and lots of ocean. There was a lot of driving around the Gulf wondering exactly where you were and hoping you found the right spot. But now, even if you're too dumb to work the GPS, you still have a chance to catch fish. You can see most oil rigs from at least 10 miles away; all you have to do is drive over to one and start fishing. No circling around with your recorder for the secret spot, it's sticking up 100 ft out of the water! It's also not so secret anymore.

Another unique way technology is being used in the Gulf of Mexico is in the tagging of blue marlin with "satellite tags". These tags are called PAT tags, which stands for Pop-up Archival Tag. They are deployed with a special pole that plants the barbed tether of the tag in the back of a marlin. These tags are programmed to collect data and then release from the fish at a specific time. Once the tag pops off, it floats to the surface and starts relaying data back to a scientific lab via the Argos satellite system. Each tag records migration patterns, diving behavior, depth/temperature data and the GPS position when the tag pops off. Professor Jay Rooker with Texas A&M University at Galveston is the principle investigator on this project, which is part of the Pelagic Fisheries Conservation Program (PFCP). With the assistance of the sportfishing vessel "Billy B",the PFCP (www.tamug.edu/pelagic) has PAT tagged over 30 blue marlin since 2003, and this data is being used to assess the stock structure of blue marlin in the Gulf. So far the data indicates that most of these fish stay in the Gulf of Mexico or Florida Straits through the fall and early winter. Findings from this research are very important for fisheries managers who are in charge of the regulation and conservation of this highly migratory species.

Who knows what new technology awaits us in the future. New, more productive ways to find fish? Inexpensive worldwide communication and high-speed Internet service on every boat? Alternative propulsion systems that run on hydrogen or maybe nuclear power? Weather forecasts that are actually correct? (That's asking a lot - we probably have a better chance of getting engines that run on seawater!) How about fisheries managers that fix the problems like commercial overfishing and create regulations that make sense and are actually enforced? (OK, we'll stop now). The next time you go cruising out of the jetties on autopilot, talking on your cell phone while you push a button on the GPS that is displayed on your deluxe Radar/Chart Plotter/Depth Sounder/DVD Player/Satellite Radio combo unit, we want you to think about the fishermen and captains who used to do it with nothing much more than a chart and compass. We take our hat off to them and admire them for their skill and determination. It was a lot harder back then, but the good ones still caught fish.

The first ever Texas International Boat Show will be held at the brand new Corpus Christi Downtown Marina, April 26-29th. It's the first big Florida style "in the water" boat show to hit the Texas coast. Exhibitors from all over the nation will be there. At the show you will see lots of new boats, motors, accessories, trips, guides, tackle and electronics. Come see us at the Tops-N-Towers booth and talk about fishing or rigging your boat. This time of year many boat owners decide to sell their boat and move up to a bigger boat while there is still time before the fishing season starts. Byrd & Cochrane is an authorized broker for Fox Yacht Sales who will also be in the show representing Cabo and Riviera Yachts. Come by the Fox Yacht Sales booth and see our new Cabo 32 and Cabo 40 as well as several new Riviera sportfishing boats, made in Australia. Fox has an extensive inventory of brokerage boats as well and will be displaying pre-owned Cabo express models and a like new 2006 60ft. Riviera enclosed bridge sportfisherman. We specialize in sportfishing boats and motor yachts. Come by and get a great deal on your next boat. For more information call our Houston sales office at 281-291-0656 or the Port Aransas office at 361-749-4870 or check out our website at www.foxyachtsales.com or www.byrd-cochrane.com.