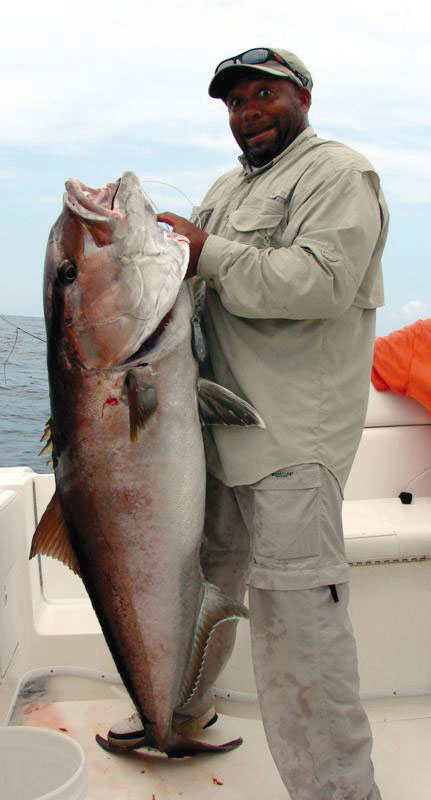 Put a few fishing guides together and ask their opinion on how to approach a given fishery. You will see many similarities in their knowledge of any given species and fishing patterns, but you will likely be surprised at the stark differences in their tactics. The definitive step by step how-to book has never been written, you see. Oh, there has been plenty published, but no matter your skill and experience in any fishery, Mother Nature can throw you a kink just about any time she wants. Back to the guides Ask that same group ask about fishing regulations and conservation and you probably won't get two answers alike.

It's been said that time is a great teacher; unfortunately it kills all its pupils. While the later part of that statement may be a given, the first part is not. Time teaches only those that have the foresight to record the past and the ability to learn from it. This year will be one of those lessons to look back on.

The Texas upper coast estuaries were impacted by one of the coldest winter events in over a decade. These estuaries feed our offshore fishery and only time will tell if we see any real effect from this winter's freezes. These freezes came shortly following Hurricane Ike that obviously impacted some of our nearshore and shallow water structure. I know nothing of the science that might used to calculate the long-term effects of extreme weather or speculate on climate change but I can take advantage of these events as they unfold and make myself a better fisherman.

In every walk of life we keep records and fishing should be no different. Now we have all seen and heard of the importance of keeping detailed notes of every outing but how may of us thought we would ever face such a wicked combination as hurricanes, exceptional winter temperatures and a huge oil spill impacting our fishery at the same time? I cannot help but think we will see patterns emerge in this year's fishery that will teach us a lesson or two. I also know that as we enter our summer season some of the old and familiar patterns will hold true and make our little piece of the world such a great multi-species fishery.

This spring was a slow-starter to say the least. Our spring-break crowds were greeted by a nearshore fishery that was almost non-existent some days while our deep water fishery was stalled in winter pattern. This caused many of us to start our year with a different approach than we have been accustomed. Our saving grace through it all was our bull redfish and snapper fisheries. I'm not talking about red snapper, but rather the less famous vermillion snapper or beeliner as it is commonly known. Both fisheries are definitely alive and well off the upper Texas coast. We never saw our beach water temperatures begin to warm until mid-April, but when they did the bull redfish were there en masse and I can only smile at the success of the conservation measures enacted in this fishery over twenty-five years ago. In contrast, our vermilion snapper are a much deeper species holding to structure in excess of 150 feet. They see very little fishing pressure and this is reflected in the fairly liberal bag limit. Combine them with amberjack, kingfish, cobia, dorado, tuna and the occasional grouper or wahoo and you have the makings of a fun day on the water.

Now that June is upon us, the focus for many offshore anglers will turn to our most sought-after reef species, Gulf red snapper. This species has undergone a journey from one of the most prolific in the western Gulf to being declared overfished some two decades ago with the first truly restrictive regulations going into effect in the early 1990s. We have seen our bag limits and seasons reduced several times, the most drastic of which came during the last couple of years. The National Marine Fisheries Service recently stated that the red snapper is no longer undergoing overfishing and has increased our annual catch limit for the 2010 season. This increase has been applied to our season length not bag limit, but in light of having overfished the limit in 2009, it brought us only a 53 day 2010 fishing season.

Yes, this whole issue is confusing, but I personally choose to view it from the "glass half-full" perspective. As bad as a 53 day season may sound, I see this increase in our annual catch limit as the turning point we have been hoping for and I remain optimistic about the future of this fishery. I receive calls daily from customers concerned with lack of opportunity due to the reduced snapper limits and shortened season and I find myself constantly reminding them just how diverse our total Gulf fishery really is. There are not many places in the United States where you can target eight to ten species in a single day. We have that fishery right here on our doorstep so don't let a simple reduction in the bag limit of one species prevent you from enjoying the rest of what the Gulf has to offer.

With everything currently facing our offshore fishery and all that it has endured, it still stands as one of the best in the nation and only time will tell just how much we have learned from our successes and failures. As fishermen we know that we can take any given lesson and turn it into tomorrow's tactics. As conservationists and stewards of the resource, will we take these hard lessons gained with red snapper and apply them to other species in tomorrow's fishery? As we look back on this year's events will we be able to see that our fishery is strong enough to not only enjoy now but also something we can pass along to our children? June is a wonderful time to spend days offshore with family and friends. Take the opportunity to enjoy our Gulf and take pride that our fisheries are the envy of fishermen around the world.