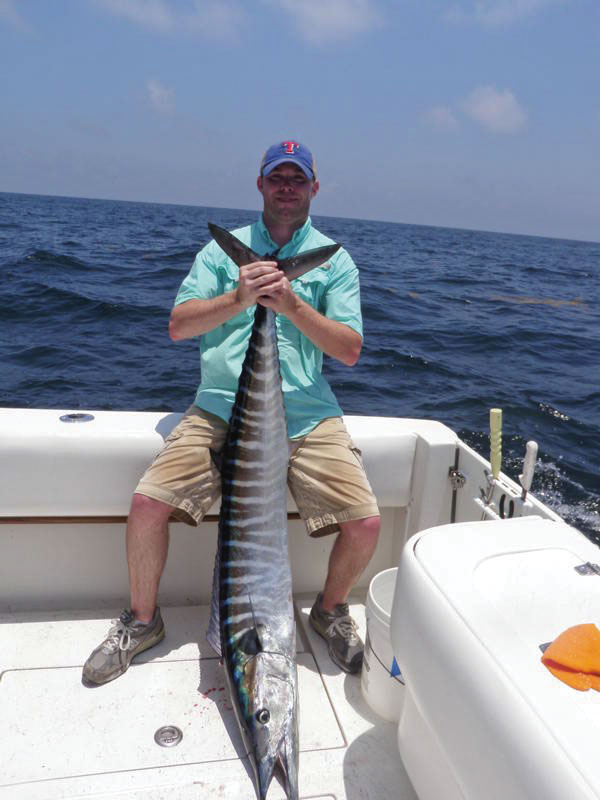 What a strange ride this summer has been. Although our red snapper season is scheduled to be the shortest on record, the fishing has been world-class with limits averaging 12 to 14 pounds. Most of our structure less than 100 feet was beat up by Hurricane Ike and still not holding a lot of fish, but nearly all deeper structure is covered with them. Given the weight of these fish I'm calling it the most successful season I can remember.

The National Marine Fisheries Service has just announced that because of the oil spill and vast area closures, this year's red snapper TAC (Total Allowable Catch) may not be met. Therefore, at the most recent Gulf Council Meeting in Gulfport, Mississippi, the Council requested that NOAA Fisheries implement an emergency rule to allow the regional administrator to reopen the recreational red snapper season after September 30, if the catch data allows. Personally, I'm not holding my breath but I will certainly take the opportunity if it comes our way.

The majority of our cobia and king mackerel showed fairly late this year. By most estimates they were about eight to ten weeks late. Again, this brings us back to the oil spill. Much of that migration, especially the cobia, were in and around the Mississippi Delta at the time of the spill. I cannot help but feel this delayed the migration and also resulted in fewer fish than we are accustomed to seeing. The long-term effect of all this is yet to be seen.

For me, the most notable change this year has to be the wahoo fishery. Throughout the entire red snapper season we were seeing several large wahoo each week, most exceeding 50 lbs. The most successful method for wahoo has been medium to large hard tails (blue runners) worked over live bottom at about three to five knots. All the wahoo on my boat thus far have come from 150 feet and greater depths with success peaking on new moon and tapering off during full moon typical of all mackerel species.

Now we enter August, our red snapper season is over and again we face early closure of the recreational greater amberjack fishery. This brings up a dilemma. What can we target as we lose two of the more popular species the western Gulf of Mexico?

For me, outside of the ever-present kingfish, my effort will shift to vermilion snapper (beeliners), dorado and blackfin. The beeliner seems to be a little more difficult for some to target, but it's really not that big a deal. Beeliners also offer a fairly liberal bag limit by today's standards, only counting toward your twenty reef fish limit. When fishing for them, throw away the subtleties and trickery of fishing for sow red snapper. Scale down your hook size. I prefer 4/0 circle hooks on a basic double drop rig with primarily squid as bait.

Unlike red snapper, beeliners care little about bait size or subtle presentation. Fish your way down. I catch them anywhere from 40 feet under the boat to lying in the mud at 500 feet, sometimes mixed with red snapper, often above them. Don't give up on the beeliners simply because they are deep, you can usually get them to come up in the water column as you fish for them. I know that it may sound confusing but as you spend more time targeting them it will all come together. My best advice is to fish deeper than 160 feet and experiment. If you are catching red snapper, get off of it and try another spot. Start experimenting on large areas of live bottom, areas where you can make multiple moves without having to travel far. As you gain experience and success, pay close attention to your bottom machine and you will start to understand what you are seeing and what beeliners look like. They often mark different than red snapper and you can see it when you pull up on them. Practice and patience are the keys to targeting this fish and you will quickly find the end of the red snapper season to be the start of a whole new fishery.

Blackfin are a different ball game and I am often asked how to target them behind shrimp boats during late summer and fall. First and foremost, you want to catch up with the boats in deeper water, about 200 feet, and the deeper the better. Have lots of chum on hand and don't be stingy. I will tell you this; if you are in that depth of water and you see bonito, the black fin are normally there too, usually under them. If you chum long enough and far enough off the boat you can usually pull them up where you can see them.

Now the bonito can pose a problem. They are aggressive and will usually hit the bait before the tuna. I will often hold the bait out of the water and try to pitch it to the tuna when I see them start up. If the bonito are thick, don't just drift the baits, you will be fighting one while watching blackfin eat your chum. Another trick is to have plenty of live piggy perch or pinfish on board. The bonito will usually hesitate to hit them, starting for it and then turning away. The blackfin will pounce on them like candy.

As I have said before, we are living on the banks of a world-class fishery. We just have to learn how to change with the seasons and the times. Give these two fish a try as the summer winds down and you will find that your problem is not a short red snapper season, but rather what is on the dinner menu; beeliner or tuna?