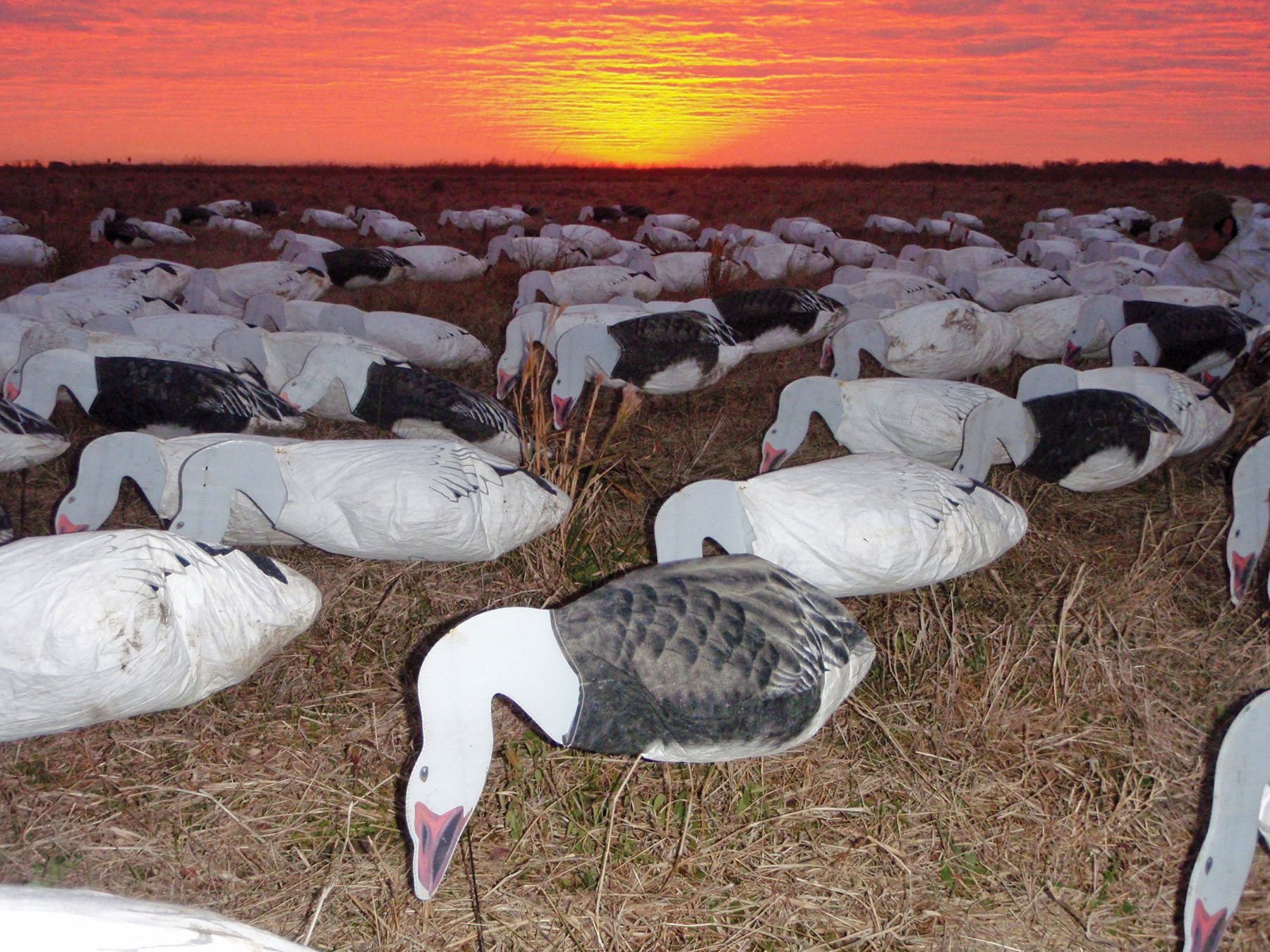 TV's best-ever pitchman, the late Billy Mays, was somehow a simultaneous and curious blend of abrasive and lovable. Almost like oil and water, Billy possessed qualities that normally do not fit well together. More likely pairings are stars and stripes, thunder and lightning, or Forrest Gump's famed peas and carrots. It must be some little known tenet of an unwritten physical law the way some things fit, and the marriage of wingshooting and coastal fishing are a superb example. I've had a lot of fun in my lifetime, and if keeping your clothes on would be a prerequisite, I have yet to find many things that can beat a good old-fashioned cast and blast adventure at the Texas coast. Mixing hunting and fishing along a coastline filled with fish, doves, ducks and geese just seems very natural to me.

Being a lifelong waterfowl nut, during the first five years of my guiding career I worked the waterfowl thing as hard as I did the fishing. Many a day, blessed with the right set of conditions, we spent the morning in camo huddled in marsh grass and the afternoons wading San Antonio Bay reefs for specks or plying the back lakes for feisty reds. I must say I never embarked on such a combo adventure I did not personally enjoy or that I did not also enjoy presenting.

Struggling to come up for air as I juggled a thriving waterfowl and fishing guide business alongside a publishing enterprise that was forever busting at the seams, I reluctantly let go of the waterfowl thing in 2005. And then, finally admitting I could not continue to work as a fishing guide AND run a magazine, I took down my guide shingle for good at the end of 2009. Trouble was, though, I grew lazy. Without a dawn appointment at the dock it's easy to hit the snooze button and play 'possum. But being lazy comes at a price. You miss some of the finer things in life, like the aroma of gunpowder mingled with marsh mud and the sweetness of a trout slick as you pick up the decoys. I needed an incentive to get back into the swing of things.

In my January 2011 editorial I made some promises to fish and hunt like a man possessed in the New Year and I am pleased to report that I have been holding up my end of the bargain quite well thus far. I have already fished recreationally more days this year than the previous two combined and I hunted teal six days in this year's early season. I lost track of my dove excursions after the second week and my new 28 gauge and .410 shotguns never cooled off till the season closed last weekend. I had more fun in the blinds and fields than I've had in a long time - thanks in part to a very likeable young chap by name of Will Granberry.

I first met Will as a fishing client in about 2004. Will presented the impossible challenge of wade fishing with lures - with his wife and first-time wade fishing mother-in-law no less - the day after an August full moon. Talk about heaping on the pressure! Well, as it turned out, everybody caught fish and a friendship was born. Will and I chatted often and I was pleased to see him become a waterfowl guide working for a lodge near El Campo in addition to his regular occupation as an X-Ray tech. This past spring he mustered the courage to launch his own guiding enterprise - Avian Skies. Will plans to keep his day job as he builds the guiding business, a wise choice, spoken by a gray beard who has been a few places and seen a few things. Will's mission is to provide exceptional wingshooting opportunities for a select clientele and so far I believe he is off to a great start.

Based at Edna, TX, Will has arranged access to some very productive rice and row crop grain fields for dove, teal, big duck, and goose hunting only 40 minutes from the coast. He also has hunts available in southern Calhoun County, mere minutes from Seadrift and Port O'Connor - which makes the logistics of the cast-n-blast thing even easier to coordinate. All of his fields are hunted sparingly to assure the birds will be using them the day his hunters arrive.

Walking on land and in the water at the same time is nearly impossible for one guy to pull off with style. So for the fishing side of your cast-n-blast adventure, unless you own a boat and are familiar with fishing the Port O'Connor and Seadrift region, Will recommends the services of Capt. Gary and Capt. Shellie Gray of Bay Rat Guide Service. Either way you stack 'em, fishing in the morning and shooting in the afternoon or vice-versa, booking with Avian Skies is a great start on a full day of coastal fun.

One of the best aspects of a cast-n-blast adventure is the allure it holds for youngsters. By all means get your kids and your whole family involved in these wonderful outdoor pastimes. You will be glad you did!