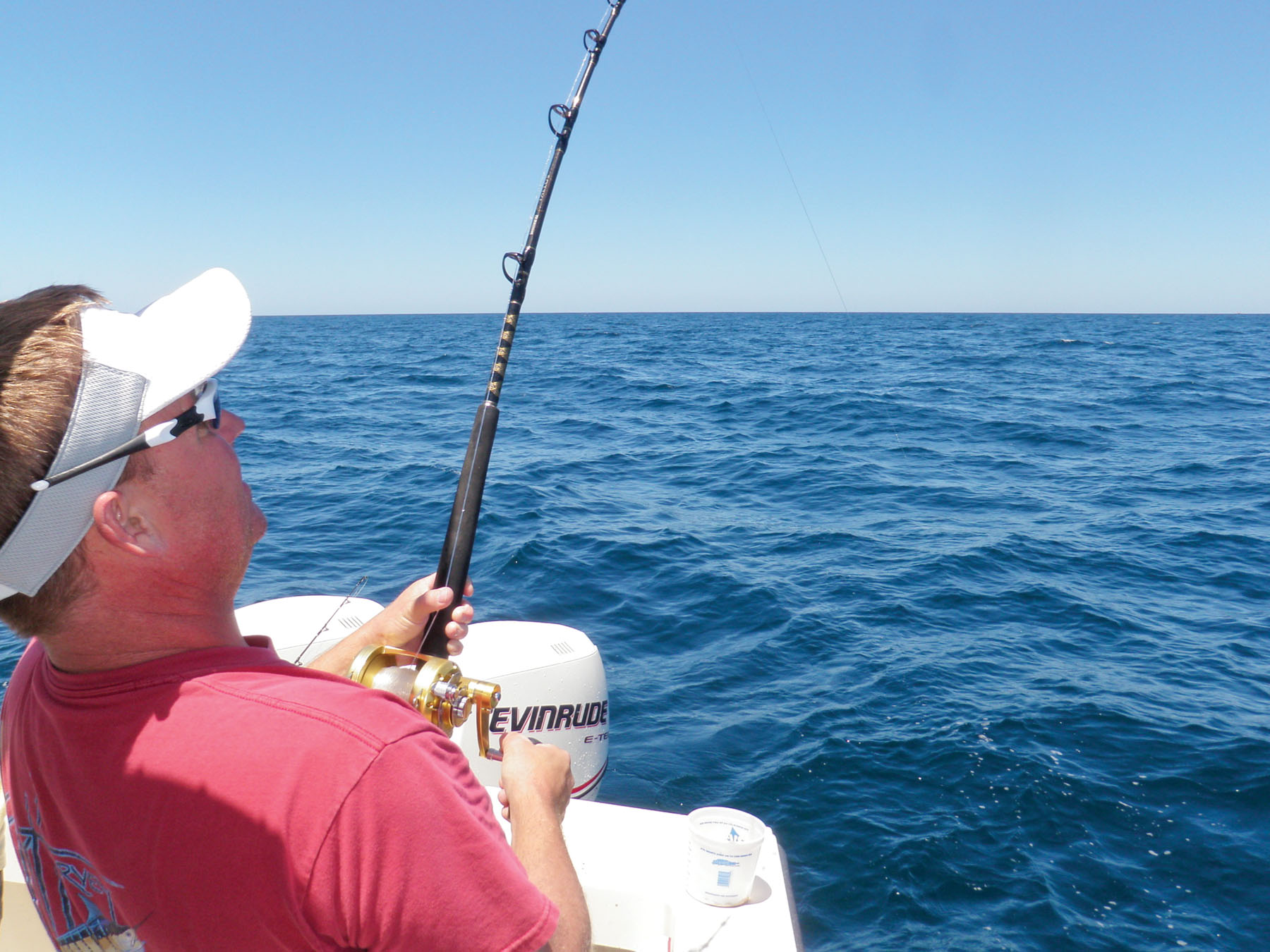 That saying obviously refers to the pure level of skill and knowledge the upper echelon of the general fishing public possess, and the lack thereof within the remainder. While that was probably truer some years ago, and there is still no substitute for knowledge and skill in today's fishery, technology has to some degree leveled that playing field. There is an array of toys and electronic gadgets that not only keep us up to date on what's going on around us but makes us better fishermen at the same time. In the offshore fishing scene, this technology has definitely narrowed the gap between the upper echelon and the masses.

The first and foremost piece of technology that comes to mind is the GPS. This single piece of equipment changed the face of offshore fishing faster than any other in recent history. President Ronald Reagan himself issued the directive making GPS freely available for civilian use in 1983 but it was not fully developed until the early 1990's. Now I seriously doubt that Ol' Ronny ever envisioned how its release would impact the fishing world. His motives were more based in the safety and ease of modern world travel. Its impact has been felt none the less.

The most novice fisherman with an affordable GPS can now readily pull up on a spot the size of an average compact automobile with precision. Just a few decades ago that was a chore for a seasoned old salt using Loran, not to mention the difficulty of finding a spot that small using nothing more than dead-reckoning.

Following the release of GPS signals to the public and the various iterations of electronic engineering that have come in its wake, an industry has evolved encouraging fishermen to use them. There are currently any number of books, websites and marine cartographers selling waypoints along with the publishing of data to direct fishermen to TPWD-created public access offshore reefs. Some sources on the web offer subscriptions to satellite-fed programs that provide an incredible amount of information, i.e. sea surface temperatures, currents, temperature breaks, water clarity and more. Programs that organize high definition bathymetric data (the measurement of ocean depth and contour) are also available. Offshore anglers can now couple these with other mapping software that melts it all into an easy-to-use fish-finding conglomeration of wires, antennas and large colored screens neatly mounted on most every boat tied to the dock.

All this accompanied with faster more efficient boats and motors has led to an offshore recreational fishing industry that couldn't even be dreamed of thirty or forty years ago.

The strong economy of the late eighties and nineties saw more boats purchased and launched than any other time in history, with a large portion of these boats being equipped and constantly updated with the latest and greatest of gadgets being peddled by a smooth talking salesman at the next boat show.

Where, I wonder, has all this brought us? Well first and foremost - it has allowed a larger portion of American fishermen to not only take advantage of our great recreational offshore fishery, it has smoothed the learning curve and provided us a level of success that was definitely more difficult to achieve in the not-so-distant past.

Second, it only seems logical to me that this wave of technology must surely have had an impact on the general health of our fishery. If I may be so bold; we are simply better at throwing fish on the dock than we were in the days of that elite ten percent we all strived to emulate.

This all takes me back to a group of fishermen I was talking to in Orange Beach, Alabama just a couple months ago. We were discussing the current fishery regulations and the lack of trustworthy data. Basically, the general frustration of the average fisherman at how the present scientific community seems just as confused about our successes and failures as many of us are. The discussion inevitably turned to red snapper and the comments of many fishermen that are seeing red snapper in places they cannot recall ever finding them - and in numbers and size like never before. We were politely interrupted by an elderly gentleman and former headboat captain that has seen more saltwater than any two or three of us combined.

He simply stood there for a moment , then looked up at me with his thinning gray hair and all, and said something to the effect; "Young man, we used to catch lots of snapper fifty years ago in places you've probably never heard of or ever thought of fishing. And we fished them out."

His comment led me to wonder whether we just might have gotten too good at killing them.

Funny how the simplest of comments can give one a new outlook on a complex issue - or at the very least - a perspective into just how shortsighted we can be. Today's technology is a definite asset to all of us but as we grow more proficient in our pursuits we can only hope that fisheries management science progresses at a like pace.