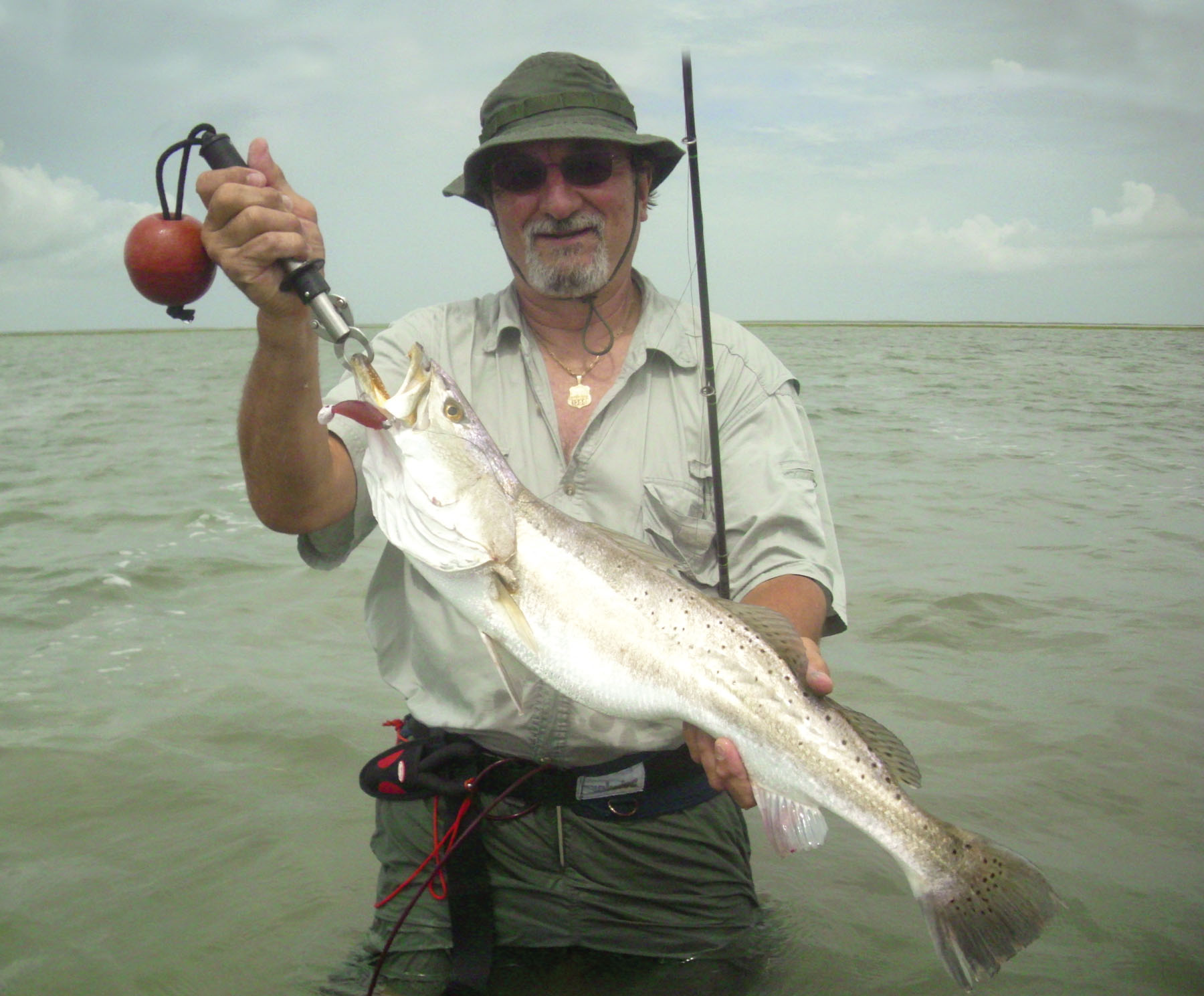 A three day drive delivered officer Bernier and his retired Arlington, VA police officer friend, Hank Allen, to Port Mansfield, Texas. September 22, 2010 at 0630 hours; Bernier, Allen and another fisherman, in company of their guide, boarded a "no-sides" twenty-foot Shallow Sport to fish the Laguna Madre at Port Mansfield. The retired officers had never seen let alone ridden any craft quite like the one taking them fishing.

Fishing was slower than hoped in the first hours of the trip and the guide's effort was being hampered by a malfunctioning remote control on the Power Pole anchor. Efficiency is everything when searching for a bite and backtrack wades to retrieve the boat are a distraction. Wading downwind with the boat following closely by alternately raising and lowering the anchor via remote control was out of the question, though. The thought of putting Mike on a redfish was never really in question; it was rather a matter of time in the guide's mind. The area they were fishing was known to be holding several large schools of reds.

About an hour into our second wade Mike hooked up and a large fish came thrashing to the surface, reminiscent of cover images we see on bass magazines. Recognizing instantly what was at stake, the guide began closing the distance to assist him. After a respectable battle the fish was landed and weighed, "Just over seven," the guide declared peering at the Boga Grip. A quick comparison with the markings on Mike's rod confirmed a twenty-nine inch trout.

Not knowing what he had, Mike looked at his guide with a puzzled expression that begged immediate response. Mike was told, firmly and with excitement, he had accomplished something many never do. A couple of quick pictures were next with the guide's explanation on releasing the fish. After brief hesitation Mike released the fish and we all went back to fishing.

A short time later Mike fulfilled his bucket list quest as he landed several nice redfish. His long drive paid off with some nice redfish and a twenty-nine inch trout as icing on his cake.