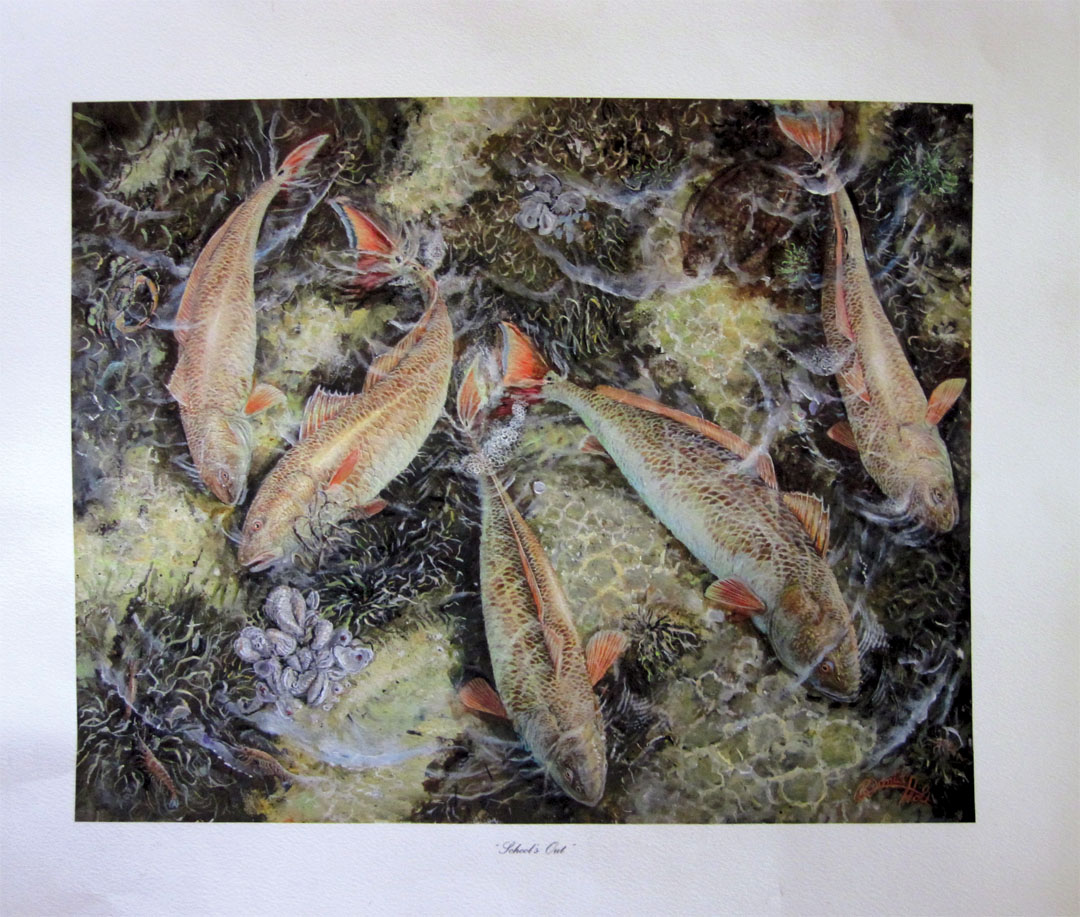 Daniel Holt is a native of Corpus Christi and grew up fishing the nearby beach and bays. As a young boy his fishing skill earned him recognition at summer camps where other boys with no such background were receiving their initiation to the pastime. His love of surfing was born on those beaches too. Daniel attended Del Mar College at Corpus Christi until his love of surfing drew him to California where he continued his education at San Diego State. Surfing can be dangerous and Daniel suffered a knee injury that required several months of recuperation. It was during this "downtime" that he acquired a watercolor kit and discovered his artistic talent.

Dabbling at first, Daniel soon began to paint more seriously. He framed a few of his works and, to his surprise; they sold quickly. Over the next two years he lived in California and Hawaii, surfing of course, and further developing his talent for painting. His paintings were receiving good reviews at various showings and although Hawaii was beautiful; like many native sons, Texas still tugged at his heart. Returning to Texas he located to Port Aransas and worked as the manager of the Tarpon Inn, exhibiting his work there, and eventually opened a surf shop, coastal clothing, and art supplies business all the while continuing his painting.

The flagging economy of the early 1980s brought hard times for many coastal enterprises. Daniel had to find a new way to earn a living and took a job with Continental Airlines to avoid the risk of becoming a starving artist. As always though, he continued to paint as much as he could and continued showing his work.

Daniel has been painting as a fulltime professional for ten years now and his work is shown regularly in many venues across Texas. His predominant themes are wildlife, mostly fish and birds, marine scenes and murals. He also does portrait work. Daniel's pieces can often be seen at Coastal Conservation Association fundraisers and Ducks Unlimited events.

Commissioned pieces comprise about half of Daniel's output nowadays and he can work from customer-supplied photographs although he prefers to accompany his subjects and shoot his own images whenever possible. This, he says, allows an artist greater opportunity to sense the mood and gather a more thorough concept of how the painting should be made.

We met Daniel at the Corpus Christi International Boat Show this past April and Pam fell in love with his fish art. We took delivery of a wonderful redfish scene Daniel painted for us just two weeks ago and it now hangs in our home along with a collection of works from other artists. Coastal fishing enthusiasts always seem to enjoy variety of styles and impressions in the artwork they collect and Daniel's redfish painting makes a great addition to ours.

The holidays are just around the corner and artwork always makes a fine gift for special friends and family. We encourage readers to learn more at Daniel's website www.danielholtartist.com.