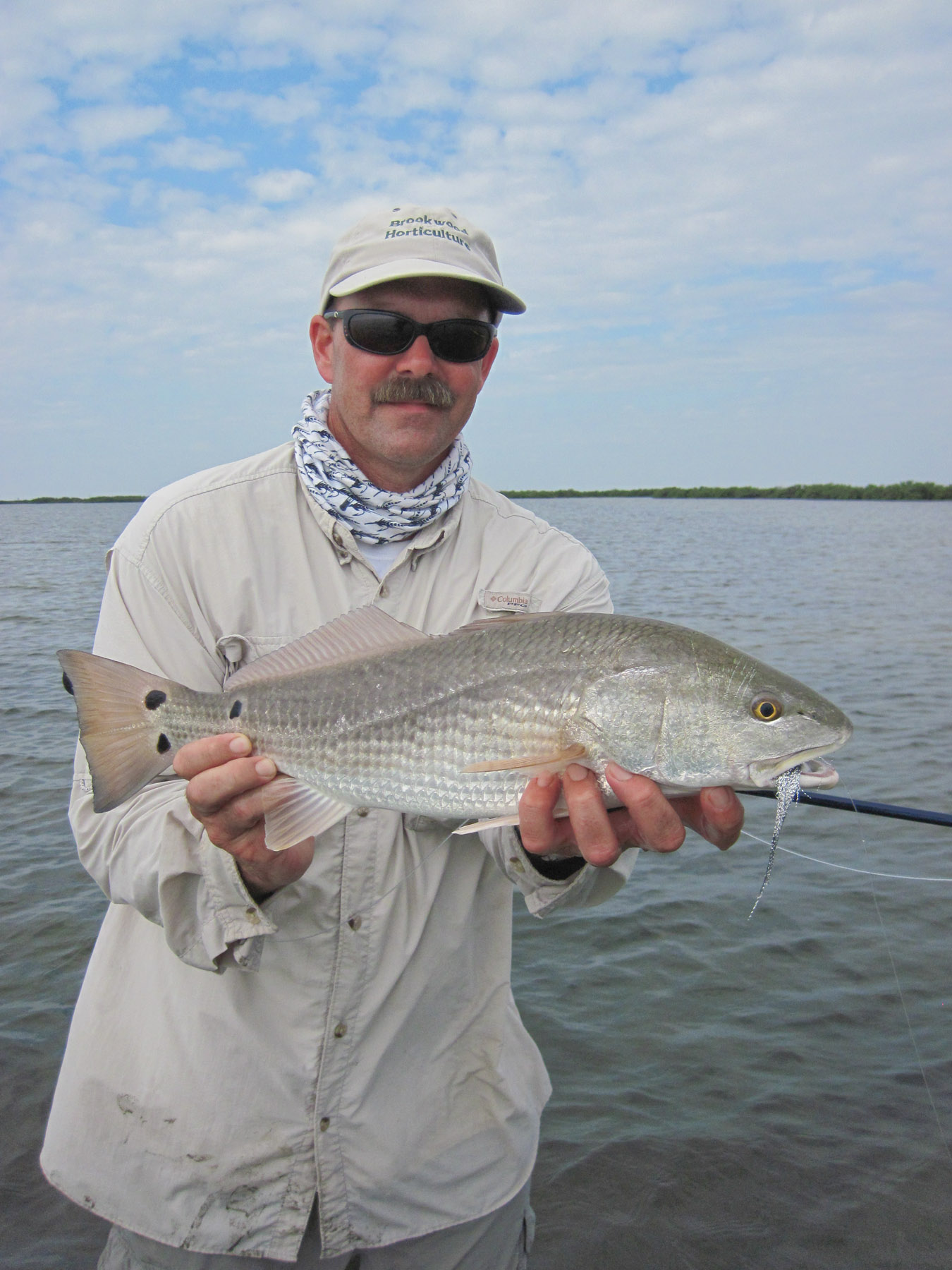 Nearly ten years ago, Pam and Everett Johnson extended the opportunity to write the Fly Fishing column in what was then Gulf Coast Connections magazine. Having spent the better part of my life devoted to fly fishing, I was excited and honored to be considered for the position. Everett gave me some advice before I got started. He said, "Our goals are to promote education, conservation, and the enjoyment of fishing and the outdoors. As far as your column goes, I won't tell you what topics to write about… you are free to choose them. But I will always expect you to draw on your experience and show honesty and integrity in your work. I won't accept gossip or BS, and I need your stuff in on time." They were simple, sound, solid words.

Over the past decade I have done my best to remember Everett's advice. I have tried to share what I've learned, and hoped these pages have helped others become better fly fishermen and fly tyers and led them to more success on the water. But most importantly, I hope these things have led to a greater awareness of conservation and responsible stewardship of the natural world.

I have two growing boys that enjoy fishing, and we have spent some very special times together on the water. But they also love baseball, golf, band, hunting, and all the other great things kids like to do. The reality is, at the end of the day there aren't as many extra hours as there used to be. So… the time has come for me to step down as the Fly Fishing writer for Texas Saltwater Fishing Magazine. I will always be grateful to Pam and Everett and the readers of this magazine for giving me the opportunity to write, create, teach, and learn. It has been a wonderful journey and truly one of the great experiences of my life.

In the short term, I'll keep contributing fly fishing content to my website and will do my best to answer questions from anyone who is willing to ask. There are also several book projects in the works that hopefully will reach completion in the not-too-distant future. For now, here are some parting thoughts.

I frequently get inquiries from folks who are considering taking up fly fishing but don't know much about it. I usually suggest they find a fly fishing club in their area and attend a meeting or two to get started. Nearly every metropolitan area in Texas has at least one club that hosts regularly scheduled meetings, fly tying get-togethers, and sponsored outings. They are a great place to start.

Another way to get involved is to attend a fly tying or fly fishing show. Events like the annual Fly Festival in Houston, Fishing Tackle Unlimited's Fall Expo, the FFF Gulf Coast Conclave, and the GRTU Troutfest are all relatively big events where you can try out tackle, visit with vendors, and attend seminars. If you want to see tackle, casting and fly tying at its finest, attend one of these events.

When it comes to human behavior, peer groups are powerful things. The simple fact is that people, especially children, copy what they observe around them…right or wrong, because they see it as accepted behavior. As sportsmen, we each have a unique responsibility to recognize this and to lead by example.

If we tear up the seagrass beds with our boats, so will others. If we leave behind garbage, others will too. If we take more than we give, there will soon be nothing left. The best way I know to make a positive influence on those around you is to be a good role model. Step up. Be a leader and show those around you a better way. Most of them will follow.

I began to practice catch and release, honestly, out of laziness. I really didn't want to clean and package fish at the end of the day so I never kept any. But I soon found that I enjoyed the feeling of letting fish go. It was sort of a game- they let me catch them and in return I let them go. These days I let everything go because I have grown to believe it is the most sustainable practice.

Unfortunately catch and release, like many other issues, has become a volatile topic. Enough so that I am not going to stir the pot other than to say I feel strongly that catch and release will be the only way our future fisheries will withstand the pressure put on them. It is a simple a matter of numbers. When one adds in the fact that modern technology has enabled the average recreational fisherman to harvest fish with ever-increasing efficiency, the outcome seems clear. No doubt this is something lawmakers will have to hammer out in the years to come.

Remember sitting on the banks of Grandpa's tank waiting for a catfish to bite? It seemed to take forever, and while we watched and waited for that draped line to straighten out, he kept reminding us "to be patient." Patience was one of the first angling lessons many of us learned and, in our modern world of instant results, it has been all but lost.

One of the most enlightening things I ever did on the flats was to not cast at a big group of tailing reds. And the only reason I did it was because on this particular day, we had caught so many that I was taking a break. But by quietly observing those redfish instead of plopping a fly in the middle of them and breaking up the group, I had an opportunity to actually see them move, feed, and interact. I watched as small shrimp jumped out of their path, saw them jockeying for position on a particularly inviting stretch of mud, and in general just got to see redfish just being redfish. Not only was it really cool, but it gave me a better feel for how the next group would move.

These days I frequently will let a fish pass if it gives me a good chance to watch its behavior. If you ever can find the nerve to watch a gamefish instead of casting at it, give it a shot. It's a worthy exercise.