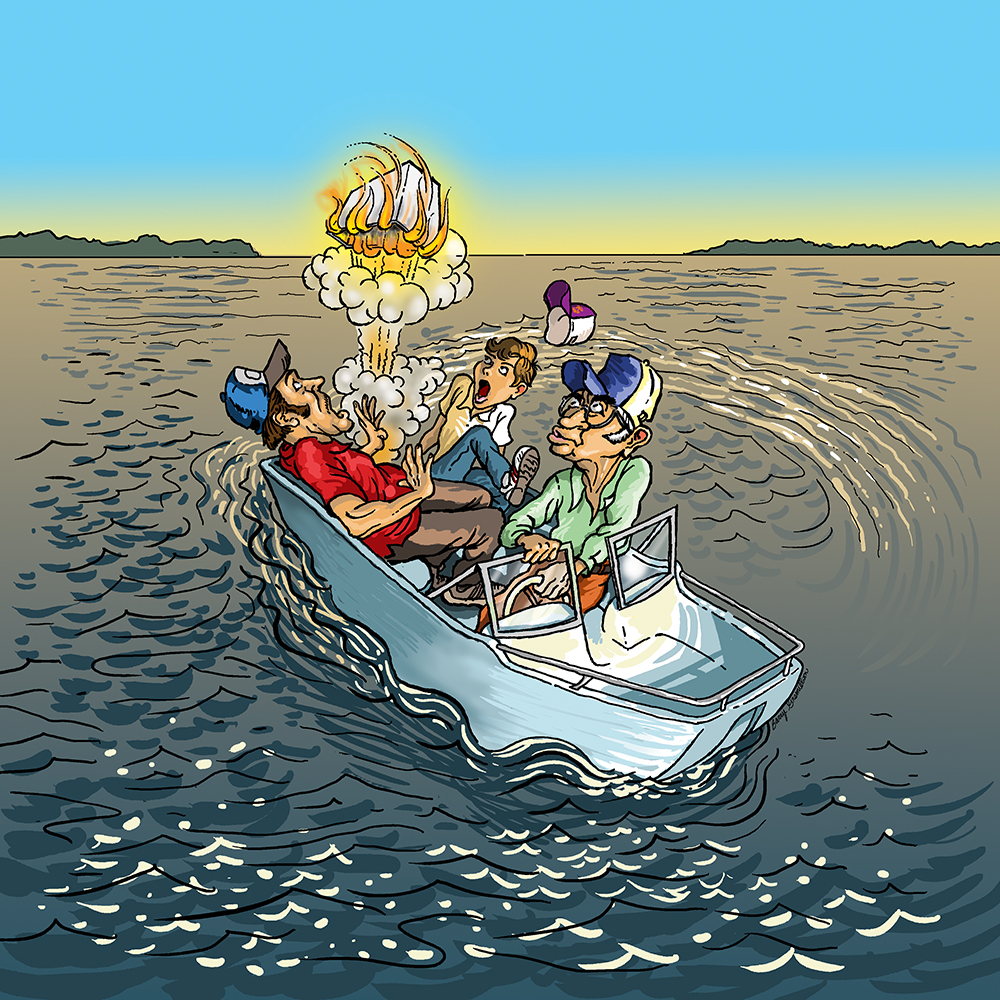 Pop was an avid fisherman but not a slave to maintenance of any kind. As an act of courtesy I decided to replace the spark plugs in his old Johnson outboard just prior to the first day of shrimping season. I was fifteen at the time and the motor needed it.

As the saying  goes – no good deed goes unpunished – and this was no exception.

I stripped out the threads while torquing the last plug a little too far into the aluminum head and I sheepishly admitted same to Pop. After a bit of profanity and some third degree treatment, he insisted that I go to the local hardware store and purchase for him a tube of grey glue which at that time was marketed as Liquid Steel. I explained that a Heli-Coil thread insert was the only way to properly repair the damage but he protested  and then purchased and installed the glue himself.

You see, my older brother and my new brother-in-law were coming to the bay house the next day to accompany him on the first day of shrimp season and, for Pop, it was not an event to be missed.

Next morning, true to plan, the three of them set out at first light and the old Johnson ran like a top, due in no small part to the much needed new plugs. I was not among the crew however because an Act of Contrition was in order for my screw up. Moreover, I pretty much knew the limitations of glue on a spark plug installation.

They set out the little sixteen-foot sportsman’s net and proceeded to trawl at daybreak. After about ten minutes the outboard made a loud coughing sound that was followed by a steady hollow tone and partial loss of power. Pop suspected what had happened but his crew had no clue because he had purposely not briefed them on the glued spark plug. He continued to trawl for about five more minutes with the intention of completing the first drag and retrieval of the net with its contents. When he turned to starboard to retrieve the net and boards, the spark plug, which had blown out of its hole, somehow fell up against the engine block, thus grounding it and completing a 50,000 volt circuit.

The resulting spark insured that the gasoline which had been pumped through the open cylinder head went off with a huge explosion. The blast launched the engine cowling off its latches, cart wheeling ten feet into the air. Best of all, the cowling with its foam soundproofing now gloriously ablaze, came to rest in new brother-in-law’s lap. He then screamed, leaped to his feet, and deep-sixed the offending item, all while giving new meaning to the term hot seat.

Pop cursed the loss of the engine cowling to new brother-in-law and a heated argument ensued. While this rhubarb continued my older brother decided to keep his head down whilst jury-rigging repairs to the smoldering outboard.

A wooden slat was cannibalized from one of the shrimp net boards and forced against the blown out but reinserted spark plug. The wooden holdback was then strapped around the engine block with sections of ski rope to hold the spark plug in place. When they limped back to our pier in Bacliff, Pop explained that the entire incident was my fault. He never came clean on the glue on the spark plug being his part of the caper but I have willingly and lovingly carried his cross for it all these years.