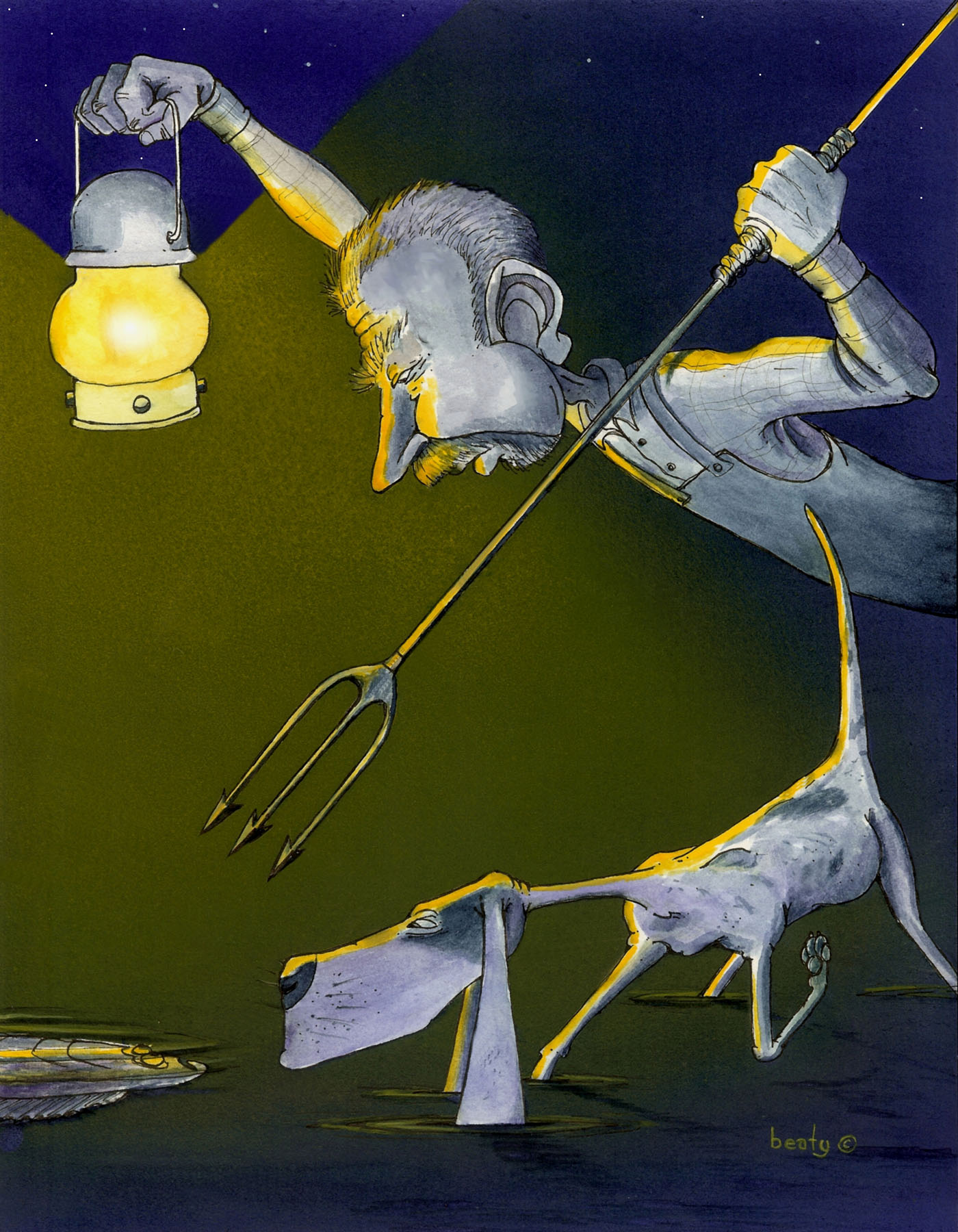 I wonder if there are any old codgers left that remember Earl and Frank Ebelt who fished all over the Galveston bays back in the 50s,60s and early 70s? I met Frank over the CB radio sometime in the mid-60s when we both had homes on the north side of Houston near downtown. We soon became good friends and fishing buddies.

Now Frank loved to play tricks and could tell the biggest fib about most anything with a total deadpan expression on his face and in his voice, better than anybody I have ever met. My favorite is about his floundering dog.

Frank sold out on the north side of town and moved down south off the Gulf Freeway so he could be closer to his bay house down on the west beach of Galveston Island. We would cross paths going to work every morning and would say hello over the CBs. Frank would talk about his dog and how she would point flounder and was training her puppies to do the same.

We kept this story going over the airwaves until someone took the bait. One morning someone broke in and said he had just moved to Texas from New Jersey and had heard about floundering and he sure would like to see that dog work.

As I said Frank liked to pull pranks on people so he caught a stray dog and put it in his fenced backyard. The next day over the radio he asked the Yankee if he was a good sport and would he keep good care of his dog if he let him borrow it to go floundering. Our new radio friend assured that would be the case.

Frank had already told him where to go back behind San Luis Pass and told the man he could come by and pick up his floundering dog on Friday afternoon. Frank said that he wouldn't be home but it was alright to go in the backyard and take the dog.

Now Frank got off work at 3:00pm rushed home and put his truck in the garage. He then ran inside with his two beagles and closed the doors and the window blinds and waited. Shortly this unsuspecting fellow drove up and went to the backyard. He put a leash on the stray and walked her to his truck while Frank peeked out the window, giggling all the while.

Monday morning we were waiting with our radios turned on. Sure enough an excited voice came over the air calling Mister Ebelt. He went into a sad tale saying that when he got down to San Luis Pass, before he could light the Coleman lantern; the dog ran off and couldn't be caught. Our poor Yankee friend was distraught and asked Frank if he could pay for the dog.

Frank replied in his perfect deadpan voice, "Oh don't fret, that dog knows that area real well. I'll be heading down there in a day or two and I'm sure she'll be waiting for me."

The next time we got together we had a good laugh over it.