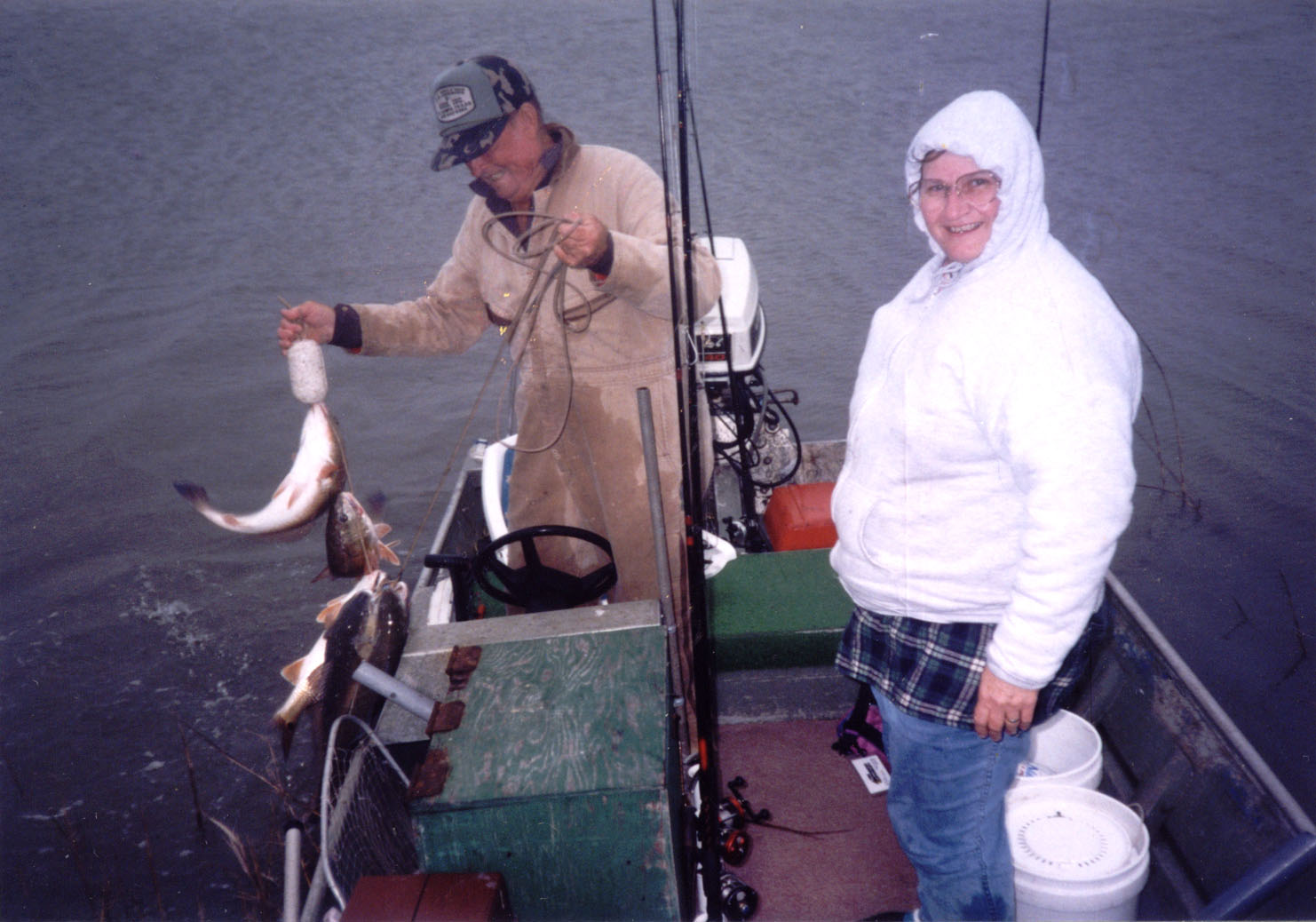 It's better now than the good old days!

We talked a little bit last month about how much things have changed with our boats and motors and fishing tackle, well let me tell you there's lots of stuff that has changed and I'd say pretty near all of it is for the better. I hear folks talking sometimes about how great everything was back in the good old days and I just have to question how good their memory is. You know it is simple things that people just take for granted, you know like your weather channels and VHF radios and GPS stuff on boats now days. Something as simple as having an outboard that will crank when you want it to is pretty nice if you ask me.

Little things like knowing what the weather will be in a day or two sure makes life easier. Getting caught in a storm is serious business and we couldn't look at the TV in those days and get a long range forecast before we headed out on a three day fishing trip. We had to keep a good eye on the weather and know when to make a run for it and maybe when to just stay where we were until it went through. I remember more than once we just stayed out there on the islands overnight until it was safe to come back.

Fog was our worst nightmare. I remember one time in late winter, that's a really bad time for fog you know, Mother and Dad and I got in the boat and pulled out of Hopper's and we were going to fish up toward the head of San Antonio Bay where the Guadalupe River comes in. Dad was driving the boat and we probably had not gone a half a mile and we ran into a bad fog bank that just seemed to swallow us up. He just kept on going like it wasn't there and when I asked if we were headed the right direction he assured me that we were. We drove on for what seemed a really long time and couldn't see anything except each other. It was getting really eerie and pretty soon he shuts the motor off and I could tell he was as lost as I was but he never said anything. He sat there like he was thinking or listening for a few seconds and then just fired it back up and kept going. Finally we ran up into some shallow water and he said we'd made it. I got out and walked up the bank and we'd made it alright, we'd made it right back to Hopper's Landing.

I was very lucky that my folks owned a boat, I knew lots of people who never knew such luxury; they just fished wherever they could, from the bank, or off bridges, and on the piers. It was popular back when I was young to rent boats. Ed Bell had a place over there near Magnolia Beach at Powderhorn Lake. He rented row boats and motor boats and you could rent a boat for fifty cents a day or you could rent a boat and motor for a couple of dollars. We rented from him a few times; fishing was good back then in Powderhorn Lake but I couldn't tell you what it's like today, I haven't fished there in years.

Another thing that we did a lot more than you see today is fish the rivers. When the weather is dry for a long period in the winter the saltwater will push way up the rivers and trout and redfish will go up the river a lot farther than you would think possible. There will be freshwater at the surface but down deep it can be pure saltwater and those trout will get in there thick. I can remember when everybody with a boat would hit the Colorado River on a nice winter Saturday. Trolling was very popular and we used the old Hump and Bingo lures. The Tres Palacios River was also popular with winter fishermen, as was the mouth of the Garcitas Creek.

Me and Raymond Adcock came back from fishing the river one time and our motor wasn't acting quite right so we decided we'd work on it and get it tuned up a little bit. We started taking it loose from the boat so we could run it in a barrel of water and those old screws in the clamps were a mess with salt and rust. We got to tugging on it and all of a sudden the whole top half of the motor comes off and the bottom part is still there. The heads had rusted right off the bolts that held it together. Anyway we set it back on there and got it tuned up and it was running pretty good but the bolts were still broken. One of our fishing buddies drove up and we fired it up to show him our tune up job and Raymond winked at me. We lifted the powerhead up and carried it over to the workbench with it still running. We had literally fished that old motor to pieces.

Hurricanes have always been scary but let me tell you they were even scarier before weather radar and all the forecasting tools they use today. I started working on the powerline crews for CPL and whenever we had a bad storm we'd have to ship out and help the other departments fix all their downed lines and get the power back on. I saw a lot of stuff firsthand that taught me to respect the weather. The big storms would create quite a mess and it would take weeks to get everything back online. I remember going to Palacios right after Carla in 1961 and then to Port Mansfield in 1967 when Hurricane Beulah came in; they kept us at Mansfield for 15 days straight. Then they sent us to Corpus Christi to help out after Hurricane Celia in 1970 and that was a really bad one too. It's been a long time since we had a bad one and I hope I never see another.

Getting back to the fishing, I'll tell you one that nearly got me in trouble right after I got home from the Navy. Me and Raymond had caught a bunch of fish and we decided we'd sell some of them to pick up a little extra cash when we got back to Victoria. We always got twenty-five cents a pound and this guy we always sold to comes up to us on the street corner and says, "I'd like two pounds but I'll have to go home and get the money." Raymond was handing him the fish when I saw a policeman coming around the corner. I said real loud, "Here, go ahead and take these home and I hope you enjoy them." Naturally the cop asked if we were selling fish and since we did not have a vendor's license I said, "No we're just giving them away. Here, would you like some?" He never took any but he stood there talking and asking where we got the fish and such as that. Pretty soon that guy comes back and tries to pay me for the fish with the cop standing there and I thought we'd get arrested. I said, "Now you know you don't have to pay us for those fish, we just want you to have them." Raymond was trying to give him the high sign but he wasn't catching on too quick. Pretty soon he thanked us and walked off. The cop was evidently in a good mood and he left too. We ended losing a good fish customer though, that guy never would pay for the fish again after that little incident.