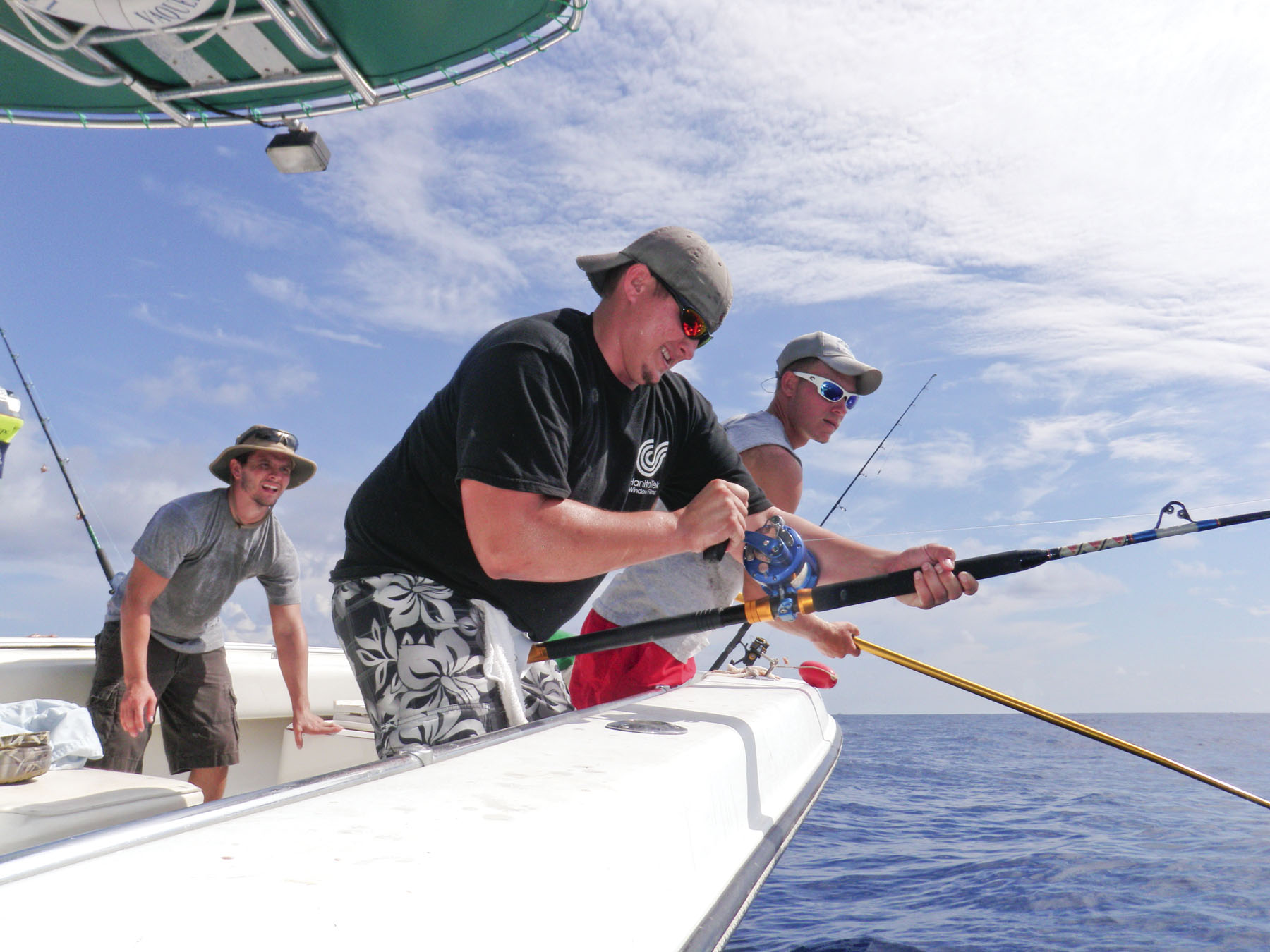 With each group that I take fishing the questions most often asked revolve around what we should expect to catch and how many we can keep? Even when I'm speaking with people on the telephone, those subjects will always come up as they begin preparing for the trip. As a fisherman who makes his living taking people fishing I often let that line of questioning cloud my perspective of what is really going on right on the deck of my own boat. At times I find myself so concentrated on driving the boat, keeping us in the fish, tying lines, spouting orders to my deck hand, and just simply focusing on my customers staying as busy as I can keep them, I simply lose site at times of why we are really out there.

Recently I had the pleasure of fishing with a father and son that spent the entire day giving each other a hard time, telling jokes and picking on each other to the point they had me laughing at the mutual jabs. From the time we left the dock to the time we returned these two were making the best of their day together despite their captain's intense nature and his insisting that they aren't going to catch many fish without keeping their lines wet. Well about halfway through the day we had managed to land about twenty vermillion snapper, a few nice grouper, and a single amberjack.

At this point they were talking about all the fish they had in the cooler and how great a day it had been. For me though, I still was still failing to truly listen to what they were saying. I had it in my mind that we were short one amberjack and I was determined to see it caught. We proceeded to break off a couple that were just too large to pull out of the structure.

About this time there must have come a point that they could see my frustration building at our string of dumb luck and one of them grabbed me by the shoulder and said, "Captain, we don't need that much fish." That one comment set me to thinking that afternoon, and during the two hour run home.

Why do we fish? What is it that makes us chase an animal that we can't see and often wonder if it is even there? Is it the chase or is it the battle? Is it something deeper, some primal urge to conquer one's environment? Or are we modern men still haunted and driven by the hunter-gatherer instincts of our ancestors?

I'm sure if you asked twenty different fishermen those questions you would get as many different answers. For me there is no simple answer, nor is there a definitive answer to any one question. Personally I began to see the entire package as the overall draw to the sport. I love the boat ride, especially in the morning just as the sun begins to break the horizon. Although it is a barrage of smells, motion and noise from running motors, there is still something uniquely peaceful about that time of day with land slipping out of sight behind you. Fishing offers times that you can be in the company of friends or family, yet still totally alone with your thoughts.

It's the point that you begin to plan the day before you, knowing that the fish are bound to change those plans. It is the challenge of outsmarting your quarry. Or on the other hand maybe it's the challenge of not being outsmarted. To some it may be a milestone, the end of a pursuit to catch something that they have never seen in the past. Or it may be the opportunity to learn more about any given fish to become better at catching them in the future.

There are many simple thoughts, such as the sense of accomplishment when it all works our way and we land that fish, or when we first accomplish a limit through our own hard work and persistence.

To me there is something about open water in every direction as far as the eye can see that just grabs you and won't let go. It goes from being a sport to a way of life, and a part of who you are. So much so that you couldn't imagine what it would be like to live without those opportunities and those days on the water.

We did end up catching the last amberjack after all, and as I made my way home that evening, I thought about those two men seated behind me and was reminded of the days I had on the water with my own father. I thought to myself, that although we often seem to be the most concerned about how many fish we will catch or how many we can keep, it probably isn't the real reason we are there. Sometimes we are sent the simplest of messages that makes us ponder our motives. I'm thankful to have been a part of a memory that I know will last those two gentlemen a lifetime regardless of what drives our passion when it comes to fishing.

You know, I remember seeing it written somewhere that, some men fish their entire lives without ever realizing it isn't the fish they are after. Now that may be a prophetic statement, but how sad would it be if that were true.