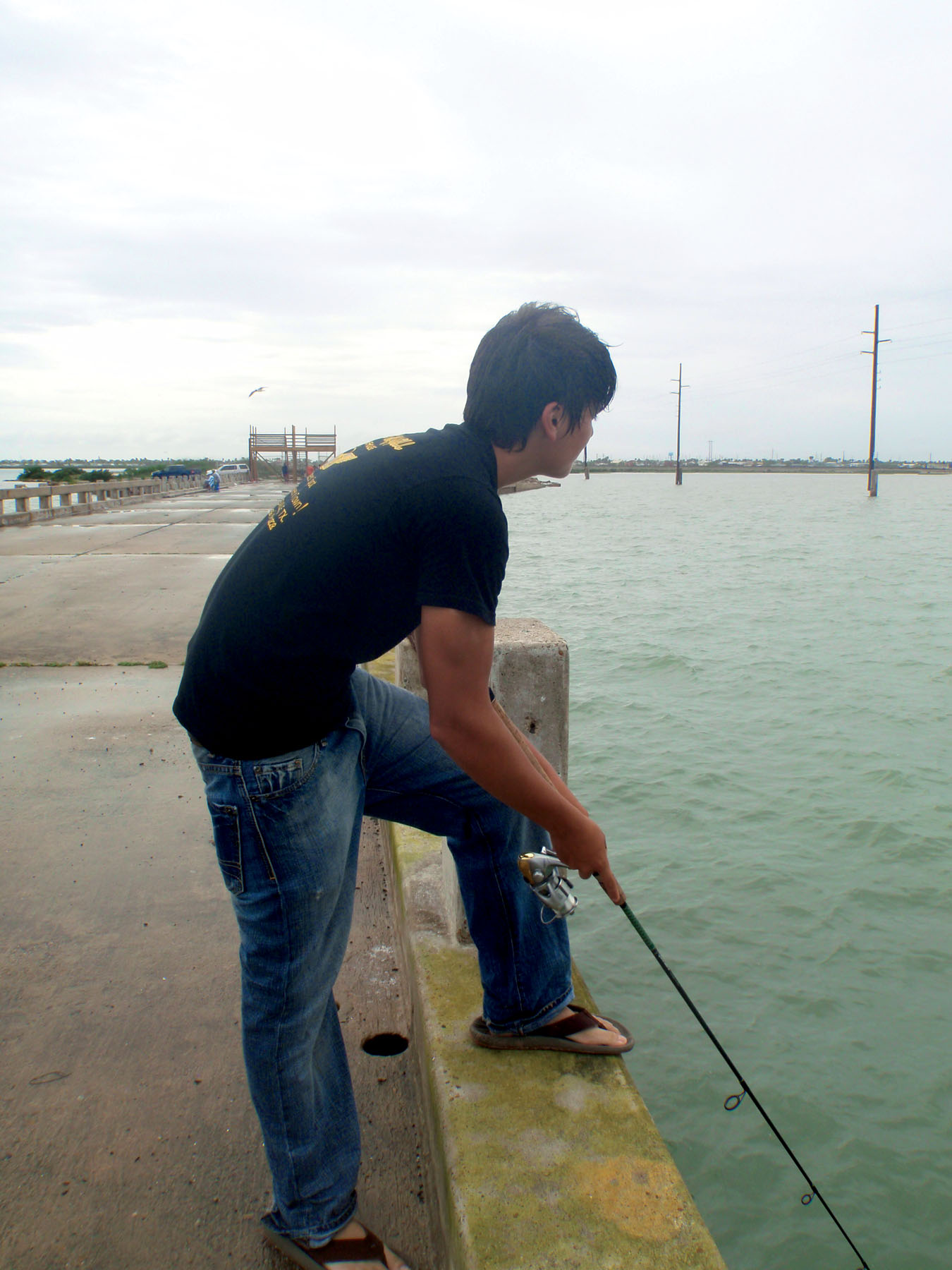 Get in the game, being a spectator is no fun.

My high school football career has ended and I have been attending my school's basketball games in support of my close friends that play. At one of the games a phrase dawned on me, "Being a spectator is no fun."

I was sitting on the bleachers watching all the fun while experiencing all the nerves that a close game brings. I was wishing I could jump in there to help my classmates. Fortunately, all I could do was watch and sit on the edge of my seat. I say fortunately because with my basketball skills I probably would have hurt the team instead of helped. However, being just a spectator was not enough for me, which brought to mind my freshman year in high school. I remember as a freshman that among my friends I was the only one that talked constantly about fishing. I would share all my experiences and maybe even exaggerated my catch more than once as fishermen are known to do. They listened to my stories and always had this look on their face like they wished they were there. It must have been the same look I get during their basketball games.

In our group of high school friends it has gotten to the point that the most talked about subject is fishing. As we walk down the hall to our next class, the talk is about fishing. When we go to lunch, it's fishing. I have seen the topic of fishing amongst us grow over my years in high school. I have seen my friends evolve from spectators to actual fishermen. What we have acquired is what you would call a "lifetime sport." When the whistles of football, the buzzers of basketball, and the school bells are gone, and the next stage of life begins (college), we will all have something in common, love for the sport of fishing.

Some of my friends and I discussed making a trip to the Arroyo Colorado and doing some night fishing under the lights. The trip became a reality when one of our friend's parents provided a house on the Arroyo that had a lighted pier. We all arrived at the place as the night fell upon us. We have a sort of Academy Awards for funny characters in our group, so things out of the ordinary were bound to happen. It all started with our friend Javi who always seems to have a cloud of bad luck hanging over him. His smack talk of how he was going to catch the biggest fish got mixed up with his usual luck and once again he did not fail in bringing us a barrel of laughter. Yes, indeed he did get the biggest bite of the night, but landing the fish was another story.

Javi fought the fish for a long while as we all watched and cheered him on. Even in the darkness you could see his eyes light up with excitement. You most likely can visualize his support group yelling all kinds of tips on how to land the fish. If I would have taped all of the tips that were being yelled out I could have written and published a book on "How to Land a Fish from a Pier." It was a funny scene with all the commotion going on. Like I mentioned before he did not fail in the making us laugh department. Before he even brought it in, he was bragging on himself. He reminded us on what he had said earlier, "I'm going to catch the biggest fish."

By now everyone was outside and hoping to see this fish that was destined to become a legend, at least in Javi's mind. Just as he was bringing it up to the dock, the line snapped before anyone was able to see it. With all the laughter that ensued you would have thought that a pack of coyotes were running around loose. He went from World's Greatest Fisherman (in his own mind) to being Bad Luck Javi again. We could not stop laughing, and his actions were replayed again and again until it was time to eat. We all ate a delicious barbeque and headed out to the pier for round two of fishing. The funny thing was that Javi no longer had a great desire to fish; he was a little quiet after his ordeal. Late into the night the trout bite really turned on; everyone was catching trout. Everyone was involved in the catching, unhooking, and releasing of fish. There was no time to be a spectator.

It was a special night among friends as our high school days together are numbered. Not only did we fish together but also talked about our plans for the future. It seems everyone is headed in different directions after high school, but one thing is for sure, we all share the passion of fishing. I hope that as we all go our separate ways, the passion that we share will bring us together again.

It's a great feeling to know that my passion for fishing has spread among my closest friends. To know that I made an impact in their lives is something to remember. That night was the beginning of something good because after that trip we made several other trips that were just as fun. And you guessed it; Javi unwillingly kept the funny moments alive with each trip we took. I can only imagine ten or twenty years from now how many of us will carry on the passion and how many other lives will be impacted by a sport we grew to love as we shared our high school moments together. Don't be a spectator. Pick up a fishing pole and cast in the right direction. I promise it will be a blast no matter which way you throw.