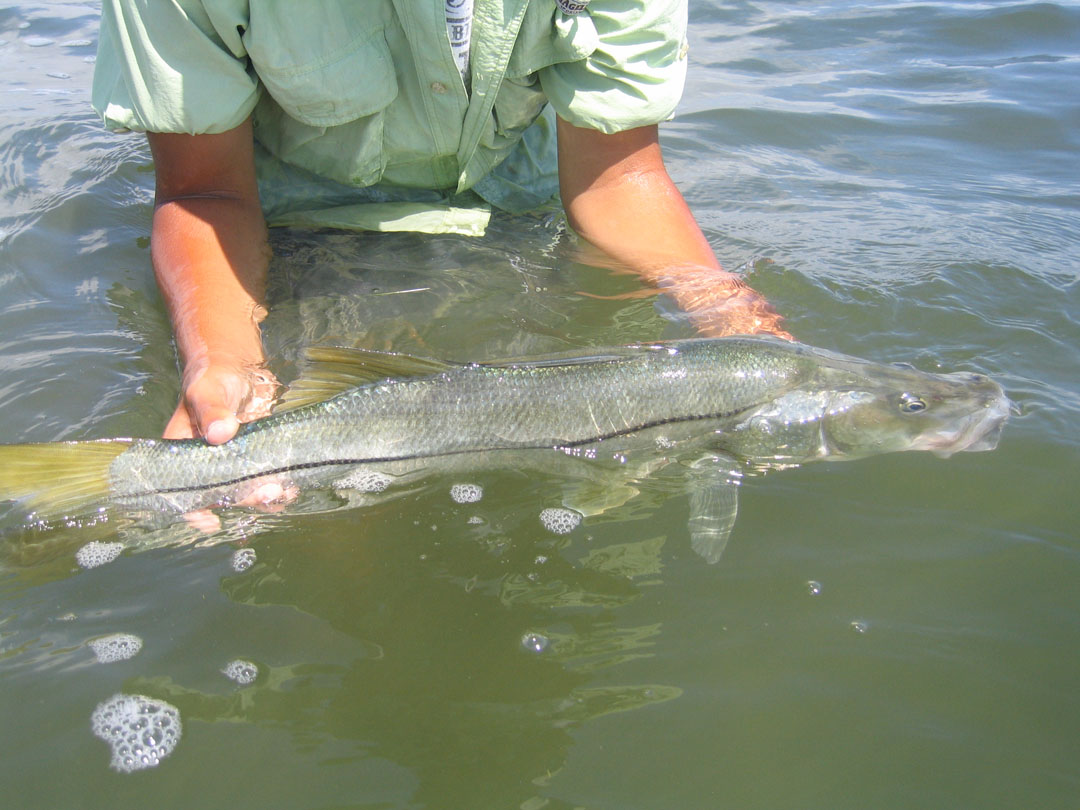 Recently, my parents and I were at a store getting a tarpon photo framed and matted when the store clerk taking care of us began to ask questions particularly about what we did with the fish and if it tasted good. When he heard that the fish was released, he developed a look on his face as if he had gotten fired. He exclaimed, "Man, how could you have released that fish!"

That comment got me into thinking about the education of conservation. I have read or seen many articles on the topic of conservation, but all of them seem to be from an adult perspective. In this article I want to share experiences and talk about conservation coming from a teenager's point of view.

I don't remember exactly when the conservation way of thinking became a part of me. But, I know I was taught at a young age through my dad and other conservation minded individuals to learn to respect the resource. I didn't always think that way. Being young and nave my attitude was to kill everything. As a kid you're not thinking, "Hey, let's let this one go for someone else to enjoy." You're immediately caught in the moment and want something to take home to brag about, which brings to memory one of my first lesson in conservation.

I remember a long time ago my dad and I went out fishing one day. Upon arriving at our spot, we found a big school of redfish. At the time I was about eight or nine years old so my dad jumped off the boat and started walking the boat closer in the direction where the fish were heading. He did not take but ten steps when all of a sudden he yelled out a scream. Lifting his leg up out of the water we noticed he had a small hole in his wading boot. He took it off and a few drops of blood started dripping from his ankle area. A stingray nicked him right below the ankle. After putting the boot back on, he quoted a few scriptures and jumped right back in the water dragging one foot while continuing to push the boat. He got me to where we thought the redfish might be, and then I joined him in the hunt. Before we took off, he told me to leave the stringer behind. He said, "No need for a stringer today." I thought to myself, "What? You're going to chase a school of redfish that probably holds hundreds of reds, and you're not going to keep any."

I look back now, and I must have sounded like that store clerk that I talked about earlier. We caught and released many reds that day. By the end of the trip, my dad's foot was so swollen that he walked back to the boat with a noticeable limp. I still remember thinking, "Wow, not even a prize to show back at the dock." How wrong I was in my thinking. The prize was all in the experience and the memories that I sit here and write and will remember forever.

Those fish that we let swim away on that day most likely went on to be caught and even released again. Some may have reproduced while others were probably eaten by larger predators. I gained a valuable lesson on that day. It should never be about the meat; it should always be about the experience, learning, and relaxation. The catching of fish is the reward that comes with it. It should always be fun. If you catch yourself making comments like that store clerk, I encourage you to start in a new direction, and that's with a mind of conservation that thinks about the future and not just about the present. I speak to my generation; be the young example. You will be surprised what we can do to change and educate those around us.

I hear stories and have seen old photos of the catches and stringers filled with fish. I for one feel the need to educate my fishing friends and public alike hoping that I can be an example to those around me. That's not to say; throw everything back every time you go fishing, certainly not. Enjoy the resource and what it brings, but also think about the future. It comes down to education and leaving some for future generations. I had a hard time with some of my fishing friends in the beginning, but when you take the time to explain to them why, they begin to see the whole picture. For some it takes longer than others. I like what my friend's boat says, "Earth has enough for everyone's need but not enough for everyone's greed." Young generation as well as old, let's start making a difference because the future of the sport we love depends on what we do in the present.