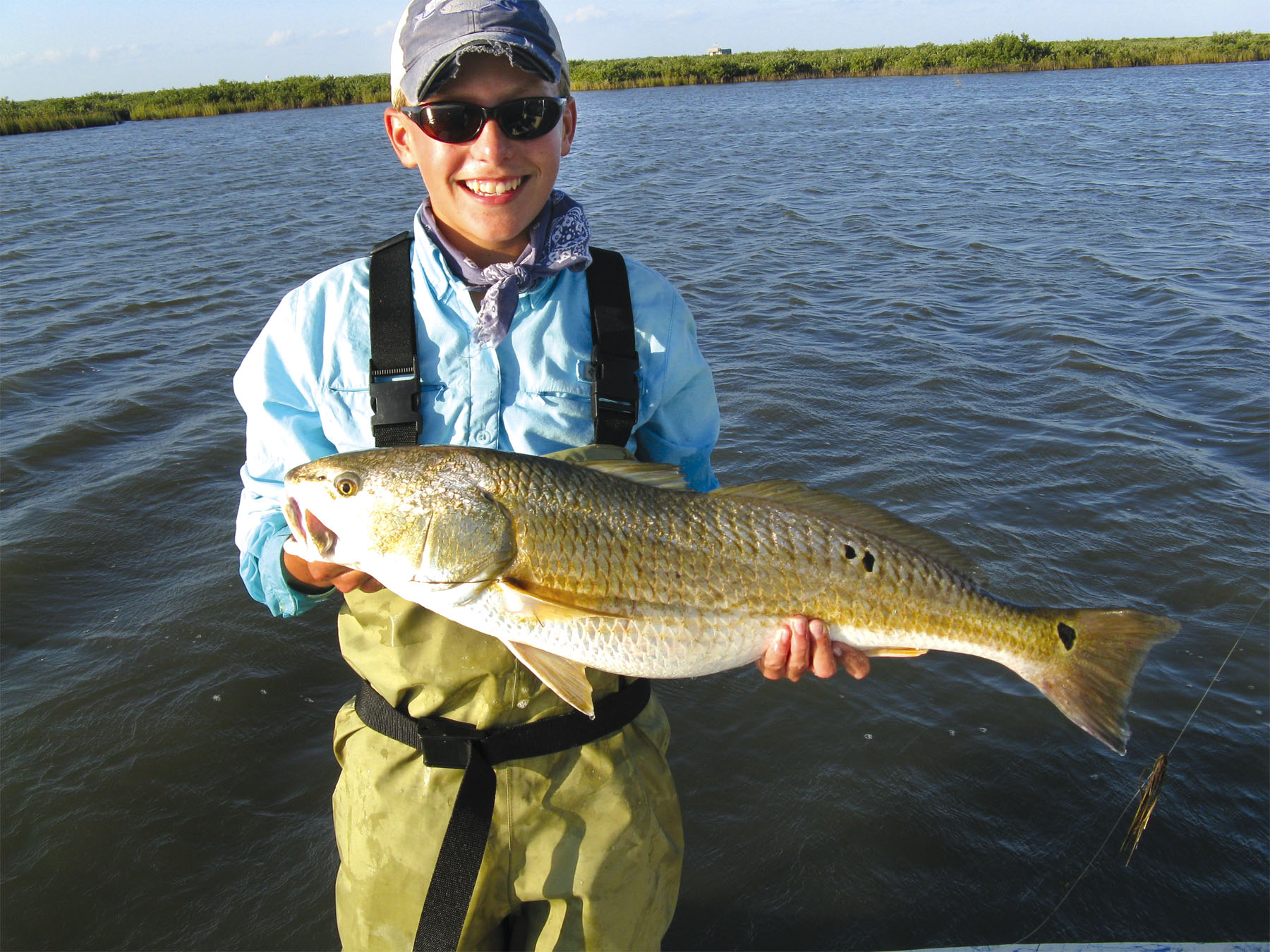 Hello, my name is Jake Haddock and I am excited to be your next TSFMag youth writer. I know many of you, including myself, will dearly miss Aaron's writings. However, the show must go on and I hope that I can do half as good of a job as Aaron.

Anyway, as far as my fishing background, I was brought up fishing by my family. I think that if it wasn't for their influence then I probably wouldn't have ever started fishing. As a young child I would fish just about anywhere. I fished in ditches, creeks, ponds, rivers, and even a puddle if I thought there was a fish in it. When I was little I would get so excited when I got to go fishing on the bay. I remember some of my first few big fishing trips. I couldn't even sleep the night before because I was eaten up with anticipation. Some how, I would still wake up at the crack of dawn and have enough energy to fish all day. Now days I don't get quite that wound up, but I still thoroughly enjoy fishing on our wonderful coast line. I was taught how to fish by my father and older brother going to the Galveston Bay complex.

Around the age of seven I was taken on a life changing fishing trip to Port O' Connor. That trip left a memory that will last forever. That following year I returned to POC with a little more experience under my belt. Before too long, I was going to the fishing haven multiple times each summer. Today it's almost an every other weekend occurrence; which is okay with me. Since that first trip, POC is where I have spent most of my time saltwater fishing. It is also where my fishing skills have evolved from blind casting with a gold spoon to spot and stalk fly fishing. Of all the other fishing tactics I have tried over the years I would have to say some of my favorites are: sight casting with soft plastics, topwater fishing, fly fishing, and throwing Corkys to big wintertime specks. I don't think I could pick just one because each has its own place and time. The best tactic is always the one that the fish cooperate with the most whenever you are fishing, because no one likes to get skunked.

Since I don't live right on the coast, in between trips I have to resort to fishing local ponds with friends and family, which is fine too. Other hobbies of mine in between trips are fly tying and lure making. Fly tying was something I've attempted to do ever since I was a little kid. When I was ten years old my family and I went on a nice vacation off the coast of Belize. We stayed at Turneffe Flats Lodge on the Turneffe Atoll. One night when we were all gathered in the lodge, I saw a man sitting at the tying desk tying a fly. After a few minutes of observing, he was kind enough to let me try. With help along the way he helped me tie the best fly that I'd tied at that point of my life. After that I began taking classes with Andy Packmore at Fishing Tackle Unlimited who has taught me so much about fly tying and the sport of fly fishing in general. Of all the flies that I have invented, the best yet is a baitfish pattern that my uncle has rightly named The Animal. On one particular morning I caught a limit of reds on this fly in under an hour. I started lure making when I saw an episode of "Hunt for Big Fish." The host of the show, Larry Dahlberg, was making a mold of a topwater lure out of a RTV material. Then he poured a lure with a two part plastic resin. I was completely amazed by this. Right away I ordered some of the products. The lures turned out quite well, but I found it to be a lot of work, somewhat costly, and required many of the proper tools. So I turned to a cheaper alternative, soft plastic lure making. I like making soft plastics more because it's easier, cost less, and you hardly need any thing to make them. It's very rewarding to make a lure or fly and then take it out and catch fish on it.

I'm looking forward to sharing fishing adventures with y'all in the following months, but until then, get off the couch and go fishing!