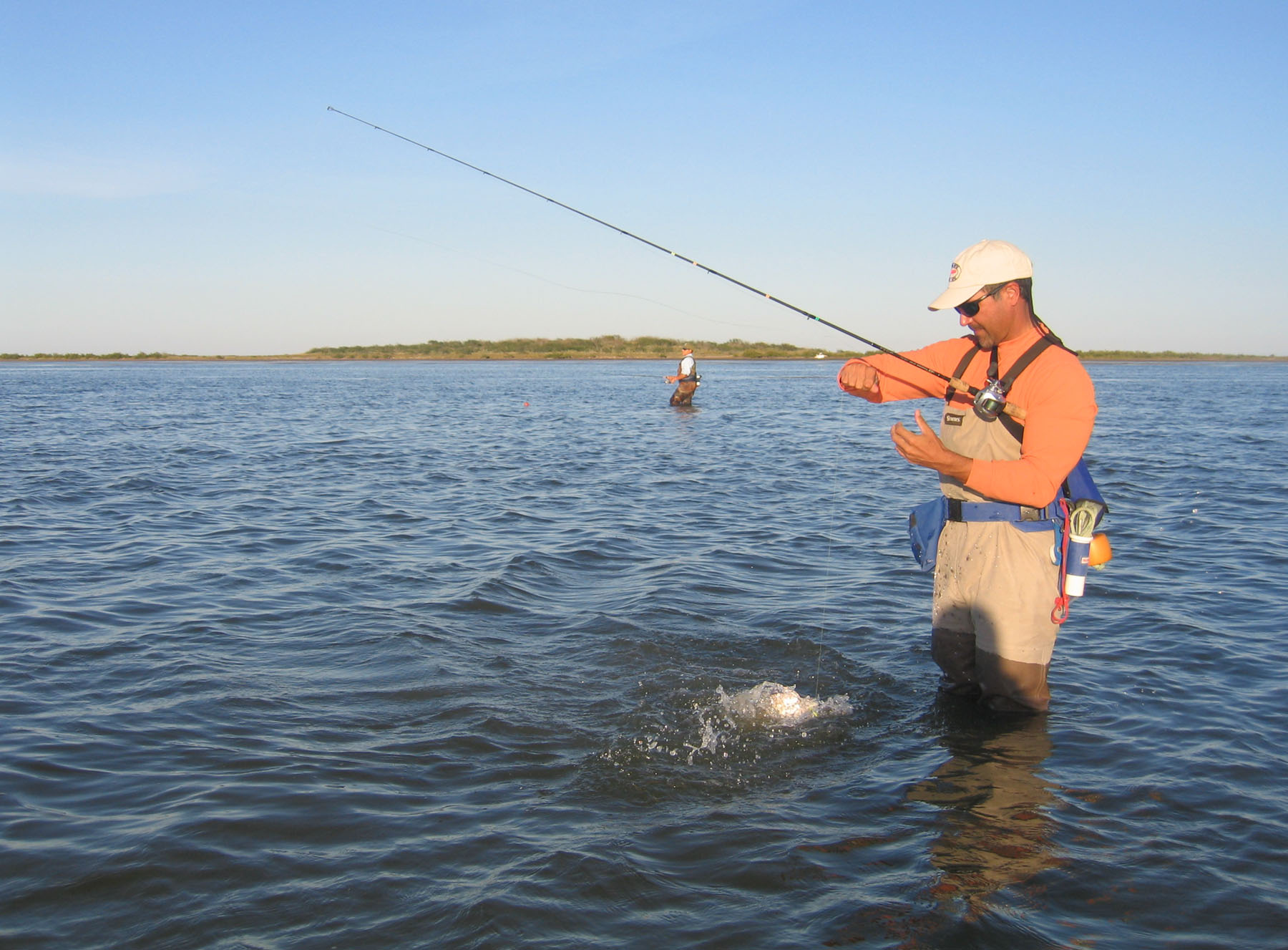 When our friend Marcus Arredondo comes down the fishing gets good.
On a recent cool morning, I eagerly awaited for the sun to rise. I was about to attend my first fishing trip in a while. With football practice and games I haven't had a chance to get on the water. I quite often get an invite from some of my dad's clients to join in on the fun, but lately my schedule didn't permit. On this cool winter morning there were no games to be played or practices to attend. This trip had been planned for a while now. Joining my dad and me on the trip were two of my uncles and two good friends. One of my uncles came all the way down from Missouri to spend time with us. This was a special trip for the grown ups because as kids, teenagers, and then adults they would get together and share their passion for fishing. On our way to the boat ramp, it was a pleasure to hear some of the funny and exciting stories they had to share. I found out how much my dad and uncles really enjoyed fishing together. They shared stories when they were youngsters, like the times they would ride their bikes to catch bait early in the morning and spend their entire weekend fishing for bass, gar, and catfish. There were numerous stories, some funny and some educational. It seemed everyone was reminiscing and having a great time.

As we got to the ramp the scenery was ever so familiar, there is something special about the winter air and being on the water. Boat traffic was light and the fog was dissipating as the sun was rising above the horizon. We all dressed up into our wading gear and continued to hear funny stories as chuckles were let out at the boat ramp. We were in two separate boats. As we headed out of the mouth of the Arroyo each boat headed their own way but not far away from each other. I looked forward to getting my waders wet, and I made sure I was the first to jump out at our first stop. As I waded, I could see the flocks of ducks on the move. The sunrise was more beautiful than ever. Boy, it felt nice to be out again and in the presence of great company. There was absolutely no pressure to put fish in the box, just enjoy what has been given to us to care for. The early morning trout bite was good, but most fish were on the small side; however, there was no other place on Earth that I would care to be.

As I continued to wade by myself, I also caught myself reminiscing about the old times. I remember when my dad owned a small blue scooter with an oversized tower. My first fishing trips were in that small blue scooter. Many memorable moments were had on that scooter that resembled a piece of floating plywood with a deer blind on top of it. Friends would teasingly ask if we ever got a nose bleed from climbing on top of the tower. The scooter was only thirteen feet long, and the tower stood over seven feet high. My dad and I would climb the tower and have competitions to see who could catch the most redfish by means of sight casting. There were many times when we would present a lure to a distant redfish and entice him. As he charged the lure with determination and locomotive speed, at the last second we would yank the lure out of the water just as he was about to consume it. I remember both of us bursting with laughter every time just thinking what was going through the fish's mind. With that little scooter we could go just about anywhere, and if we happened to get it stuck, we would jump out and push it to slightly deeper water and get her up in no time.

As these fond memories kept reeling through my mind, it seemed that for a while I forgot why I was really there. The bite tapered off as a boat came blasting near us. So off we were to the next spot which produced a few keeper trout that would satisfy my mother's urge for some fresh fish. Before we left home, my mothers request or you could say strong demand was to bring her some much desired fresh fish.

After our second wade, both boats gathered up and the trash talking began. The things that were said made me laugh so hard that my stomach began to hurt. As we were tied together there, stories from the past began to ring out. One interesting story was how my dad hooked my uncle in the eye while casting a popping cork. The hook embedded in my uncle's eye lid. At first it looked like it had penetrated his eye. Attempts to free the hook from his eye lid were unsuccessful, so speedily we placed the aluminum boat in back of the pick up truck along with the Sears 9.9 Gamefisher Outboard. The two nervous and scared anglers raced to the nearest clinic. It so happened that my uncle had just gotten paid. After the hook was removed by the doctor and the bill was presented, the amount was just about what my uncle had in his possession. There went a week's worth of hard earned money that my uncle was hoping to spend somewhere else. The best part of the story, my dad added, was when they both walked out of the clinic. They both looked at each other and thought the same thing. "Why waste the morning; let's go out again," and they did. After many moments of continuous laughter, we decided to try one more spot. The last spot didn't produce much so we soon called it a day.

Since I hadn't been out much, I wanted to get on a fire setting day, but we didn't. At best the fishing was fair. But, the laughs and interesting stories more than made up for the sluggish bite. Never would I have imagined that a family fishing trip with a slow bite would be as much fun. It's not very often that trips like these come together because of everyone's busy schedule or miles that separate us. I learned and heard some stories that my father had not shared with me before. I tried to visualize what my dad and uncle's young fishing experiences were like. They mentioned that old times were the good old times. Is that what I will be saying in the future? I do hope that I will have good stories to tell. Have I shared the story when our good friend Capt. Mike McBride forgot to put the plugs in the airboat? Oops, let's not go there! We all promised him we'd never tell.

I learned a lot on this outing. This trip will stay in my memory for a very long time. I learned that fishing is what you make it out to be. Despite our slow day on the water, this recent family outing was a blast. You can bet that during our Christmas break I will be wading and chasing fish in the cool waters of the Laguna Madre. And in the beginning of January my dad and I will make our annual trek to the Houston Boat Show. Hope to see you there, and a Merry Christmas and Blessed Holidays to all.