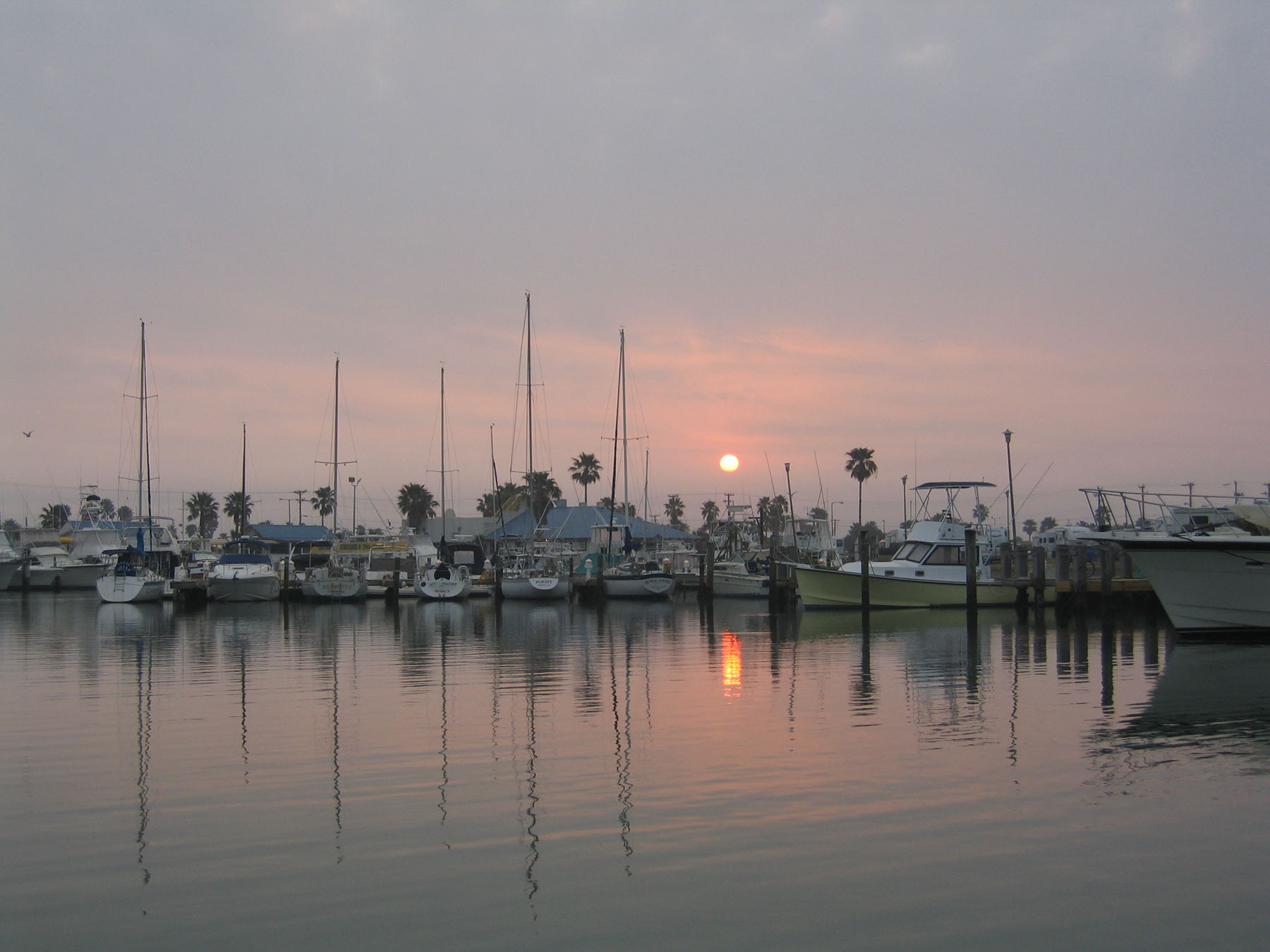 Sea Ranch Marina - South Padre Island.
The Lower Laguna Madre and its estimated 300 square miles are home to many species of birds, some resident and some migratory. Not only is it a huge aquarium for various gamefish and shelled animals, but has also brought provisions and pleasure for Rio Grande Valley residents for hundreds if not thousands of years. Many fishermen travel thousands of miles to chase dozens of different species of fish and with hope to find paradise. We are very fortunate to have the pristine mother lagoon which I call paradise so close to home. I consider myself lucky to experience and fish the three major destinations on the Lower Laguna Madre Port Mansfield, Arroyo City, and South Padre Island.

I still remember my first visit to Port Mansfield in 1999; I was eight years old. My dad had a small scooter and would frequently visit the flats north of the East Cut. He took me on one of those trips and we happened to run into a big school of drum on the sand flats. I threw out a gold spoon that had a small piece of dead shrimp attached to it. As soon as it hit the water, my line started stretching. After a ten minute battle I was able to land my first Port Mansfield fish. It was almost three years later that I got a taste of what Port Mansfield was really all about.

Everything in Port Mansfield revolves around fishing. It's a fisherman's paradise; just like the billboard states. The west shoreline north of Port can sometimes be like walking into a zoo. Not only can you catch fish but you also observe wildlife in its natural environment. It's not a rarity to see deer, nalgai, coyotes, snakes, and other four-legged exotic creatures. Port Mansfield is known for its big trout and many miles of undeveloped terrain. I have been lucky to make many trips to Mansfield and have met a lot of new friends.

Each of the three destinations on the Lower Laguna Madre is unique. Port Mansfield is for the truly serious fisherman. It's no trip to the mall for an ice cream cone although I'm sure Harbor Bait and Tackle might carry a selection of ice cream bars. What I should really say, "If you're going to Port Mansfield, it's to fish and fish hard for a couple of days."

There is a lot of good fishing knowledge in the small community of fewer than seven hundred people. I best remember Mansfield for its extensive shorelines, deeper water, and hard bottoms. I have had the opportunity to fish from the Land Cut all the way south of Port Mansfield, and I love it all. I always look forward to visiting our friends from Mansfield, Capt. Mike McBride and Capt. Trisha. It's the only place that brings about a magical feeling on the inside as I arrive into town.

Now on to Arroyo City; this is where my fishing roots began. I know I'm only sixteen year's old, but I have been around the water since I was four. Arroyo City is where it all started. At the age of five I won my first fishing tournament in Arroyo City. This is where I experienced my first wade fishing trip, caught my first flounder, and got stung by a sting-ray while fishing the edge of the Intracoastal. This is the place where I have acquired the knowledge of fishing the extensive flats that surround the Arroyo Colorado. This small and friendly town of approximately fourteen hundred people has in my opinion the best hamburger (Chilly Willies) in the Lone Star State. Arroyo City is centrally located between Port Mansfield and South Padre Island. If your desire is to experience some laid back family atmosphere tacked on with some excellent fishing, Arroyo City is the place to be. I remember being tugged around on an inner tube while casting a hookless lure with a Zebco push button reel; and later spending many hours wading the edges of the ICW looking for that first place flounder for the STAR Tournament.

Out of all the three places, I have spent more time in Arroyo City and have met some wonderful people. The Arroyo area contains more shallow back bays than the other two destinations and being centrally located is an advantage because going north and south of the Arroyo on the same trip is not an inconvenience. I have had many memorable trips out of the Arroyo Colorado and have seen the best that nature has to offer along the shorelines and banks near the Arroyo Colorado River. Because this area has many shallow back bays, it's a great place to fish off a kayak. The extensive shallow flats are home to prowling redfish and aggressive spotted sea trout, and kayaking is one way to get up close without spooking them. Great fishing, friendly to kayaking, and the best hamburgers, this is the place to be.

South of Arroyo City is the number one tourist attraction of the Rio Grande Valley, South Padre Island. The island's population is a little over 2,700 residents. Plus, the island keeps its doors open to thousands of visitors each year. This destination without a question has the best seafood around and the family atmosphere is certainly there. The attractions and activities are great, but the number one reason for my liking to fish this area is that it has the only viable snook population in the U.S. outside of Florida. I love to go out and chase snook. You could say that they are my favorite species.

Snook are so hard to catch, and when you do hook one, they leave nothing behind. The areas surrounding South Padre have yielded many snook at the end of my line, and I am proud to say that every single one of them was released to fight another day. In my opinion South Padre would not be complete if it wasn't for the snook. South Padre has the largest mangrove population on the Lower Laguna Madre, which gives it somewhat of a Florida coastline look. The redfish and trout fishing can be outstanding. Many fishing tournaments take place here. The one that always gets me excited to participate in is the TIFT Tournament that takes place in the beginning of August. Out of all the places this fits as a family attraction get away that has some of the finest fishing on the Texas Coast.

By now you want to know which one of these is my favorite fishing destination. Well, I'm going to leave it up to you to decide. I can tell you this much which ever you decide on, you will not be disappointed. Each of these destinations has their own uniqueness, and they all fit in the category of paradise. But before you come, start some arm exercises because the fishing is great in paradise.