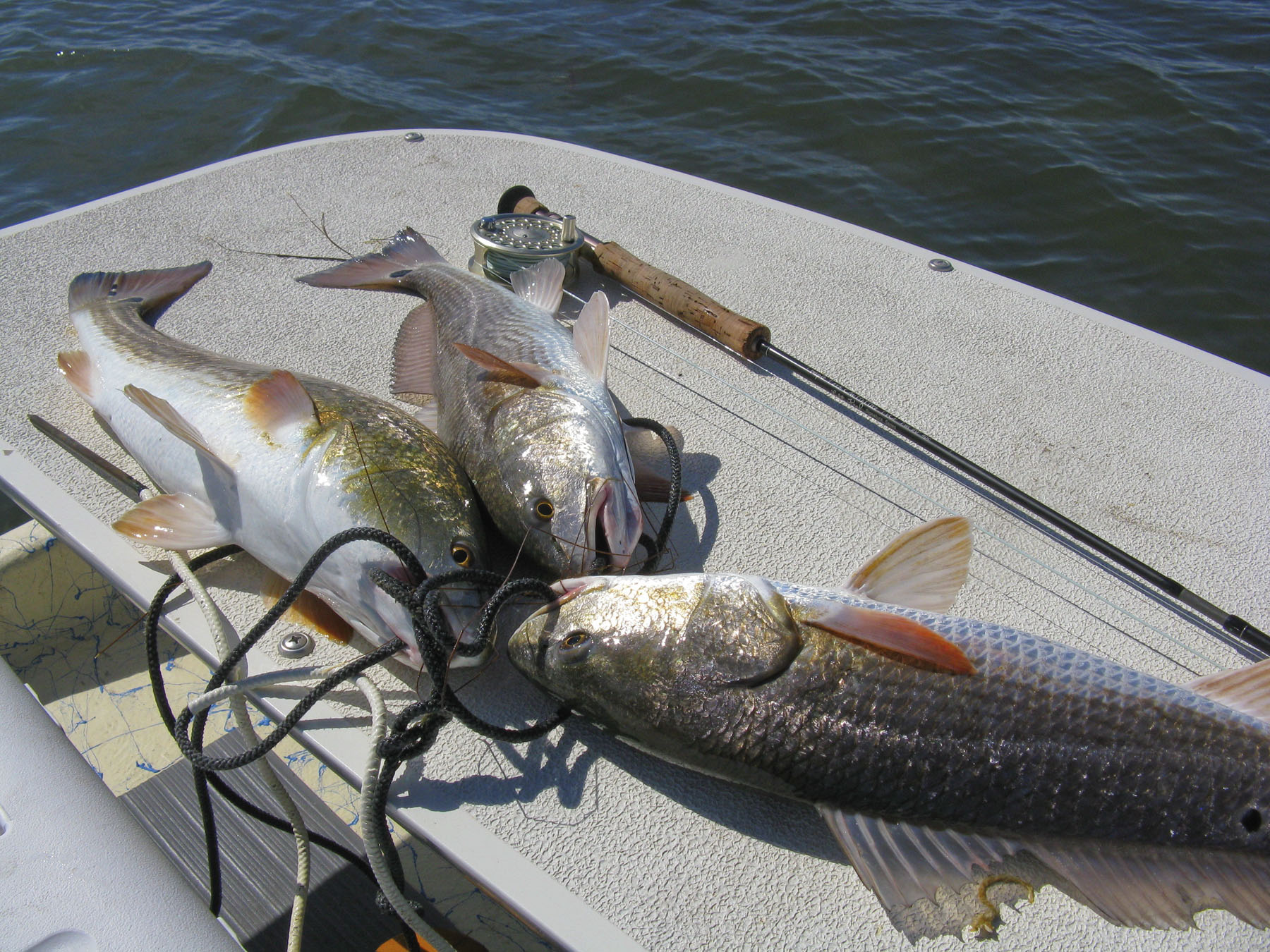 It's that time of year again. Cold fronts are trying to push their way through. Flounder begin to come out of the back ponds and creeks. Waterfowl of all sorts begin to fill the skies again. Boats race from flock to flock of seagulls. It's fall, and with hunting seasons starting, boat pressure is reduced, which for me means better fishing. Fall is the time of year that I have had some of my best fishing trips. Sometimes, though, on high pressure blue bird days, fishing can be tough. One thing about the fall is for sure: when the bite is on, it's on big time. Another plus is the cooler temperatures, which makes it so much more enjoyable out on the water.

A few years ago my dad and I made a fall trip to Port O'Connor. It was one of the last weekends of October and was fairly cold outside. I had an idea where some fish might be, so that's where my dad took me. I put on my waders and got out of the boat. Walking down the shoreline with a fifteen mile-an-hour northeast wind to my back, I managed to see my first redfish of the day. I casted at him and he jumped all over it. After I strung him, I saw another group moving my way. One more cast and I had one more fish on the stringer. These fish did not want to pass up a meal. A few more minutes of wading went by and I sighted my next target. I moved in, made my cast, and as soon as the lure got into his line of sight he crushed it. I only fished for an hour and had a limit of solid fish.

I learned a lot on that short trip and every year since I have made a repeat trip. Year after year, the fish stack up on that same shoreline and it's some of the easiest fishing I have experienced. Two years ago during my annual fall trip, I had my limit in thirty minutes of fishing with my fly rod. Although, this year I am concerned that I may not be able to make the annual trip due to my participation in the local county fair this year. This past spring I decided to do an F.F.A. project of raising and showing a pig. This year's county show takes place in the middle of October which has killed a lot of my fishing time lately, because just like in fishing, to be successful, preparation is the key. If you lack in preparation for fishing, it will show out on the water. After the county show is over, maybe I'll have the opportunity to get back to the middle coast fishing grounds.

As you may have read in my last article I have improvised by going to more local fishing grounds with the jet drive. Most recently my friend Cade and I decided to go to spend a few hours in the Galveston area waters and give the flounder hole another try. However, with the first few dry cold fronts that had come through, it set the weather forecast to be a blue bird day with lovely high pressure. That is not my favored fishing conditions, but we had the itch to go so we went. The boat ride was awesome, just getting out on the water again was such a relief. When we reached the flounder hole we started fishing but realized the tide wasn't moving much which is critical in flounder fishing. So as you can guess, we didn't catch much, but we did manage to catch a few undersize reds. We talked to several people that day that fished in the same general area and no one was catching fish.

I hope in the near future that we have more solid heavy weather front lines coming down, because before these monster fronts, the wind will come out of the south and the pressure will drop. These are called pre-frontal conditions, which are much more favorable conditions for fish to feed. I'm sure that with time this will happen, but lately these high pressure, cold air masses have made for some bad fishing conditions- or at least that's what I have seen the last few times I've been out. So get out before the cold fronts and go fishing!