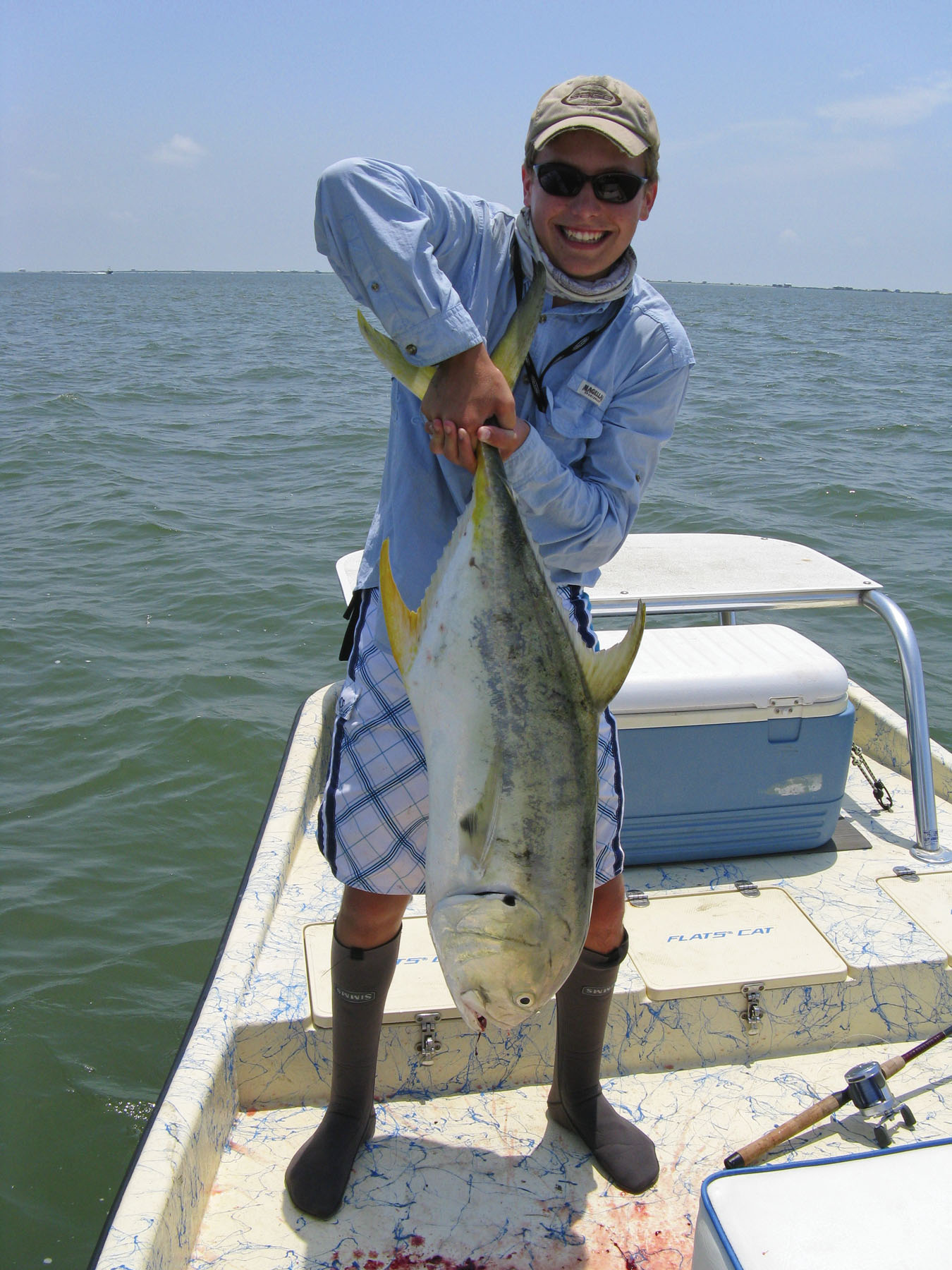 On a slow day of fishing when everyone is frustrated and bored, instead of grinding out the rest of the day, sometimes there's an easy way to turn it around simply by changing it up. By this I mean either fishing a different style than the way you were, or targeting a different species. One of my favorite ways to change it up is to go after jack crevalle, for several reasons. First, you can catch them just about any way you want to. You can catch them on topwaters, soft plastics, homemade lures, fly tackle, live bait, just about anything. Second, they're big, mean, and explosive. When they hit a lure you'll know it. Third, they're generally easy to find. If you fish in a bay that has a pass or jetty in it, then you are probably near jackfish.

Now, let's talk about how to locate jacks. The biggest indicator of Mr. Jack is an all out feeding frenzy on the surface. The next giveaway is birds that are not diving, but hovering ever so carefully. The gulls will be tight together in a large group with maybe even a frigate bird or two mixed in, and they will be moving pretty fast. Right under them, the school of jacks will be chasing bait fish. If you find them feeding like this and you throw a lure in front of them, I promise your rod will be doubled over in no time.

I'm not saying that you have to go catch a jackfish to turn a day from bad to good. I remember one day I was fishing with my uncle, Mitchell, and cousin, Dylan, and all day we were wading in deep mud holes way back in a marsh in mid July. If you have ever waded mud holes in the middle of the summer you know it feels like you're wading in a hot tub. We had fished hard all day and had not caught one fish. So we moved to a shoreline where the cool water off the bay comes up to big sandbars that are very easy to walk on. The water seemed to be ten degrees colder there and it felt so good. Dylan and I were wading side by side and he made a cast with his Super Spook. He hooked a fish and half way through the fight, his line broke. As I was reeling in my cast and laughing at him, I felt a tug, but it didn't feel like a fish. I reeled in my line and noticed that his line was wrapped around my hook. I grabbed the line with my hand and could still feel the fish. So I started pulling the fish in by hand. When I told Dylan I had the fish he just lost it, he was in total disbelief. Then I grabbed the small redfish and held it in the air and said, "Then what's this?" He told me to give him his fish, and I said, "Your fish? This isn't your fish, it's mine." After arguing for a while, we let the fish go, I gave him his topwater back, and we continued fishing. We still couldn't believe what happened. After that, we continued to walk the sand bars and we both caught multiple small redfish. It wasn't much, but catching those small reds and the one that almost got away made the whole day.

I guess the moral of this story is anytime you're having a bad day of fishing, don't call it quits and go home. There's always something you can do out on the water to turn the day around. When I was younger, I would use the remains of fish fillets at the dock and catch pin fish on a slow day. Sometimes you have to just make the best of it by changing the way you would normally fish or by looking for a different species. Whichever way you choose, I think at the end of the day we all just want to feel the tug of a fish on the line.