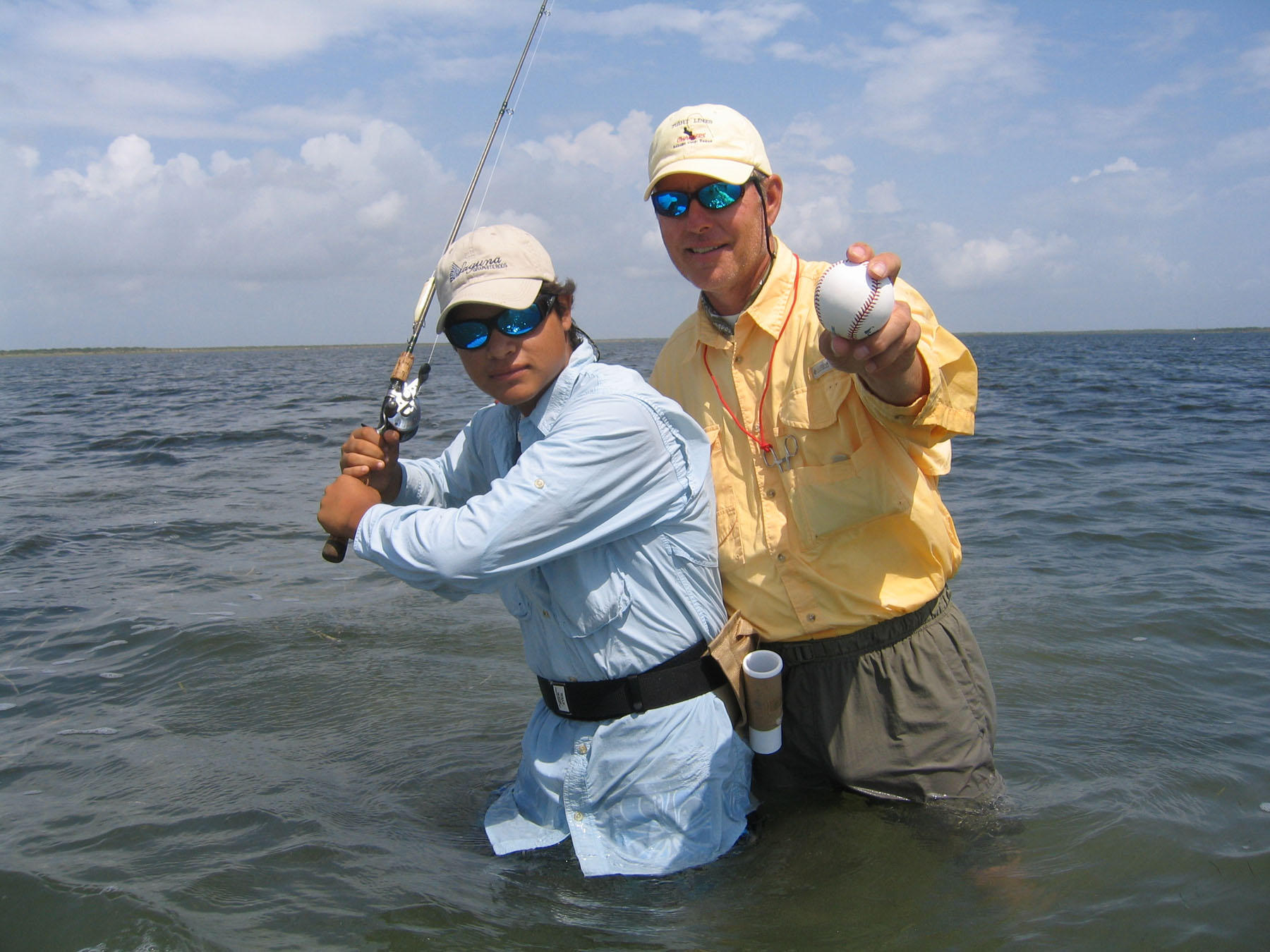 Whether you strike out or score a grand slam — it’s all fun.

Back in the month of May, my dad had the pleasure of fishing with former professional baseball player Balor Moore. Balor in his day was an overpowering pitcher and once called a left-handed Nolan Ryan. He played for Montreal and Toronto between the years of 1970 and 1980. Soon after Mr. Moore's first fishing trip with my dad, another one was scheduled. On the second trip, I had the opportunity to join them along with Mr. Moore's son and his son-in-law. As we were introduced to each other, I felt pretty honored to meet someone of his talent and fame.

As we left the dock and arrived on the playing field, we all spread out into our positions with the right equipment in hand. We didn't carry baseball gloves or bats with us, but we had the right equipment for the sport we were playing. The enthusiasm and expectations were high as we waded a crystal clear flat that was filled with nervous bait. I opted to work a shoreline, and the rest of the group stayed in a tight line in the middle of this particular flat. On this wade I could see the group was hooking up on redfish while I was on the receiving end of a strike out.

This trip got me into thinking on how baseball is related to fishing. In baseball, the ultimate goal is to score runs and strike out the opposing team. In fishing, the goal is to catch fish and not strike out which is called a skunk for better terms. Baseball requires having the right equipment for different situations and conditions, all the way from the catcher's glove to the right bat and everything in between. It is no different in fishing than baseball; having the right equipment for the present conditions is equally important if you want to catch fish. Sometimes topwaters will do the trick as in this trip, but at other times a plastic tail or perhaps a spoon will score you a perfect game.

After a successful first inning, we relocated to another side of the field. It was in this spot that I took the spotlight in choosing the right pitch of my bait to entice redfish and trout at the end of my line. As the bite came to a standstill, we relocated to our last stop of the day. Before arriving to the last stop, my dad surprised us all. He stopped all of a sudden and made us wonder what this stop was all about because we could clearly see this spot looked void of any life. My dad pulled out a baseball and took a photo of Mr. Moore and me standing in the water holding a baseball. This photo further inspired me and reminded me that in baseball a strike out can be a good thing or a bad thing depending on what side you're on, but in fishing, a strike out can always be a positive thing. Sure everyone wants to go out and catch something, but that doesn't always happen. If you take it as a learning experience and a joy just to be out there, then you will never go wrong.

There will be days where you will hit a grand slam, and days where you will strike out, be humbled, and benched early. Fishing should not be just about the catching but about the overall experience. I personally have had my share of both kind of days, and the no-hitter days have not and will not cause me to stop doing something I have a passion for.

I will never forget the day I literally scored a super gram slam in fishing. A super grand slam means catching four different species of fish in one day. We were out pre-fishing for a tournament when this particular spot yielded a redfish, a trout, and out of no where a snook into my hands. It was then that my dad made it a point to put me on a flounder so that I could score a rare feat. It happened at our next stop; I scored a flounder in one of our favorite flounder holes. I felt pretty good about my first super grand slam, especially when everyone on the boat was telling me how hard that was to accomplish. Unbelievingly, three days later I scored my second super grand slam of fishing. Of course, I will remember the grand slams more so than the strike outs, but without the strike outs there would be no learning, and without the strike outs there would be no grand slams.

Fishing is a sport just like baseball, and the day when players don't enjoy the game they retire. Fishing is just the same. Get out there and enjoy the time with family members and friends. Part of the fun is meeting people and spending time with people like Mr. Balor Moore. The one thing that constantly ran through my mind on the trip with the Moores was what it must have been like to stand in front of many people in such a large arena and try to strike out some of the best players in the world. I will probably never stand on the mound of a stadium, but I can say I have had many strike outs and two super grand slams. Thank you, Balor Moore, for inspiring me to write this story and autographing my baseball. Enjoy the game.