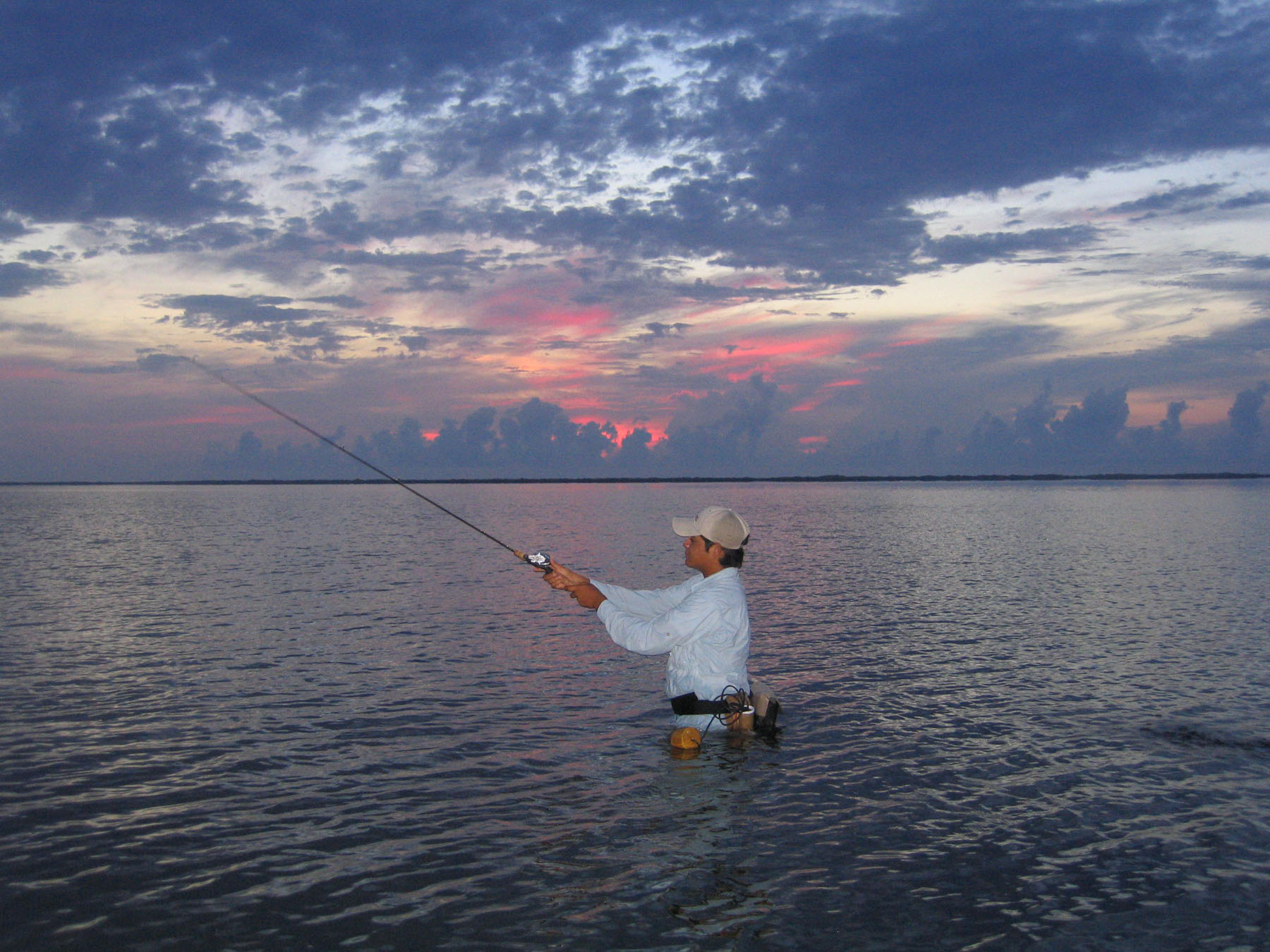 As I write, the month of August has quickly come and gone. What does that mean? It means that I am now back in school attending my sophomore year and only dreaming I was out experiencing the beautiful sunrises and sunsets or chasing fish out on the flats. Gone are fishing the weekdays where boat traffic was minimal; I will surely miss the Monday's and the Tuesday's at one of our favorite restaurants that would prepare our fresh catch just the way I like it. It seemed just like yesterday when I wrote my article back in May talking about school being let out. Where did the summer go? I could have used a few more fishing trips before school started. If you're like me, I can jump out of bed on the flick of a light before a fishing trip. But now that school has started, it seems my parents have to pull me out of bed with a crane to get me going.

As in every summer, I got to fish a lot and experienced many old and new things. I met and fished with many wonderful people and learned some new tricks and techniques from some really good anglers. I made it a point this summer to fish and explore new areas. The adventures were a blast. I really enjoyed the days I would break off from the group and hit secluded shorelines only to find hungry redfish with their backs exposed out of the water.

I also had the opportunity to show a few adults how to stalk redfish up shallow. Their biggest problem was wading too noisily and alerting the redfish of their presence. I was able to teach them how to wade quietly, look and listen for signs of fish feeding, and show them the proper bait to throw in certain situations. That was pretty cool in seeing immediate results of improvement and helping them bettering their chances of catching fish up shallow.

On a few occasions I got to fish from sun up to sun down. We literally started fishing before sunrise and got back to the dock as night time fell. Talk about fishing till you drop! Fishing all day allowed me to observe feeding patterns and learn more about how tidal movements have an effect on fish feeding behaviors.

The summer event that stands out without a doubt is my participation in the Texas International Fishing Tournament (TIFT). It is considered the largest fishing tournament in the country with well over 1,578 anglers both offshore and inshore. My dad and I fished it with Al and Adrian Villarreal who both work for IBC Bank of Brownsville, our sponsor for the tournament. In 2005 I was able to capture Grand Champion Bay division in the 1316 age group. The following year my participation was cut short on the first day when I got hit by a stingray while fishing for a flounder. This year I was really looking forward to doing well and of course not get hit by a stingray.

The first day was a success on my redfish and trout but no flounder came near my net. This tournament requires a consistent catch over a period of two days. The second day got even better; I had my redfish and trout by 8:30 a.m. so I had until 5:00 p.m. to catch a flounder. Again I struck out on a flatly, but something interesting and exciting occurred while flounder fishing.

I was wading the edge of the ICW along a spoil when a barge traveling along the channel sucked up the remaining water on a shallow flat, leaving a huge trout exposed in merely inches of water. The commotion caught my eye so I headed straight towards the flopping trout. I estimated the trout to be in the eight to nine pound range. I made a perfect cast as the water had returned to the pothole she was laying in. My lure crossed millimeters from her mouth and she quickly took a bite and began taking out drag. The moment did not last very long because she broke me off and left me with an empty feeling. As she swam away, all I could think about what I could have done differently. I consoled myself by thinking it wasn't her time and certainly she wasn't that big by being outsmarted.

Day two ended, and I was still in the running. However, the results would not be announced until the next day. I could not help but feel nervous during the awards ceremony knowing that I had a good chance to place and perhaps repeat what I had done in 2005. All my hard work paid off. The soreness of all the wading I had done for the past two days went away as I was announced Grand Champion Junior Bay Division for the 13-16 age group. Every year I look forward to participating in TIFT, and now I have something to remember this tournament by besides my scar on my left foot.

September will have me waking up not as early as going fishing but early enough to catch a bus. Arriving late evenings will be the norm for the next few months not because of fishing from sun up to sun down but because football season is just around the corner. During the week I will spend time hitting the books and chasing pigskins (footballs), dreaming only of wading a flat as another sunrise brings on another adventure. I love my summers, but all good things must come to end. The summers come and go, but the memories will remain with me forever.