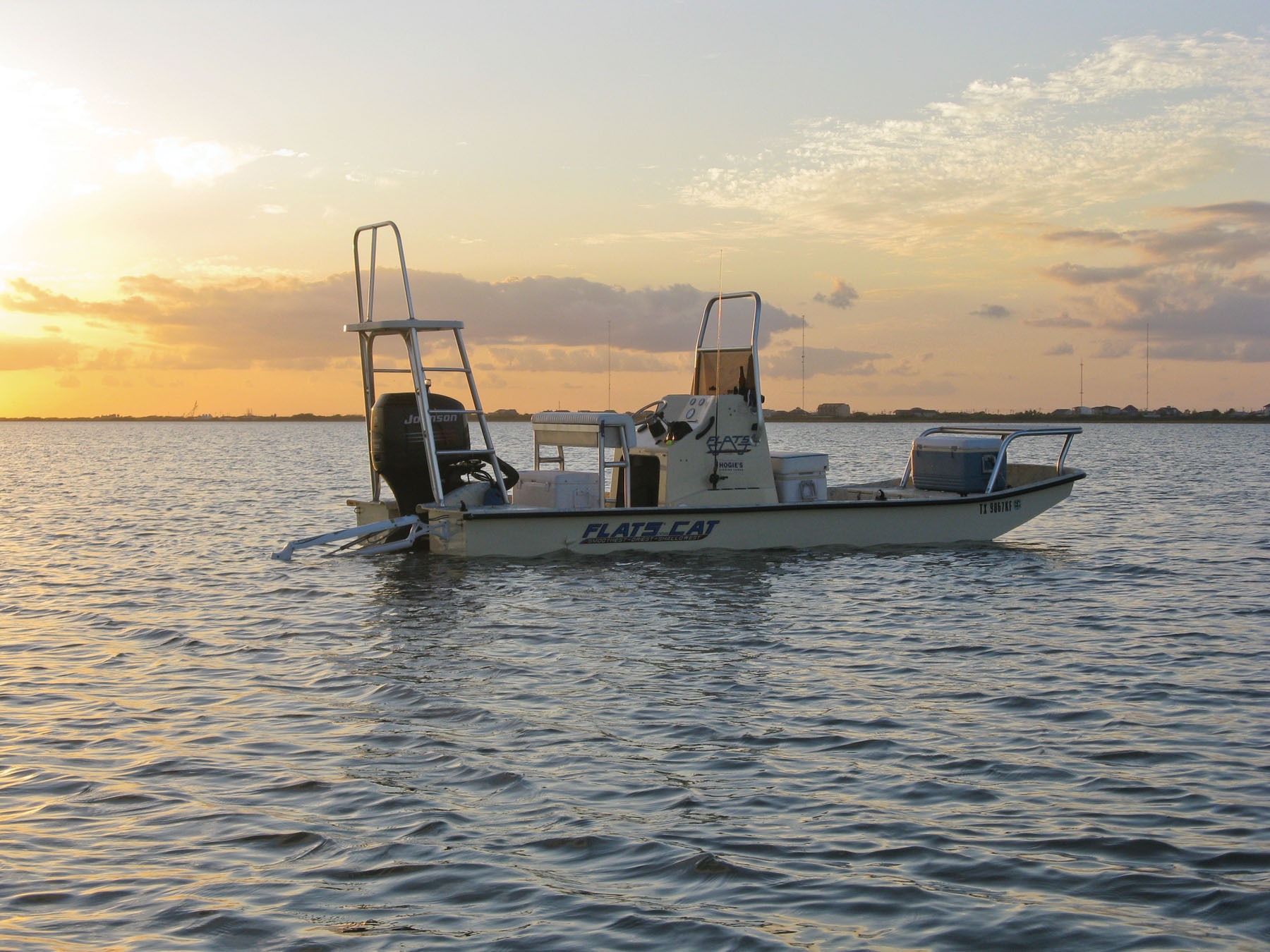 It’s great to have the Flats Cat back on the water at POC.

Wow, what a busy fall season this has been! You could literally count the time I've spent on the water in the month of October in hours instead of days. That's alright I suppose, because the holidays are right around the corner. They cannot get here soon enough though. I don't know if this "red tide" is going to get any worse, but I do know that the few hours I did spend on the water all seemed to be well. I did, however, notice a few mullet, hardheads, and croaker that washed up at the boat ramp near Port O'Connor. As for all the other fish, they seemed to be thriving, especially the big group of reds and trout feasting on hoards of mullet. Unfortunately, my brother and I had to let them be because we were running late to head back to the concrete jungle. However, I think when I do get to slow down and fish a while, the catching will be phenomenal.

I have already noticed big trout on their wintering grounds. So, 'tis the season to sharpen the hooks on your Corkys and go to work. I use work loosely, even though long grinding wades can sometime seem like work, but the reward can be better than a paycheck. It's about my time to catch a big sow trout again. It's been too long since the last time I fought with a big yellow mouth. This could be the season you break your personal record. You can't do it sitting next to the warm fire though. You have to get out in the elements and not be a quitter.

Proper clothing can help with this such as; fleece liners for your waders, a jacket, and thin fingerless gloves depending on how cold it is. It can get chilly out there while chasing a big yellow mouth. I specifically remember Christmas break of my sophomore year looking at the thermometer in the truck after catching the biggest trout of my life and it read forty- seven degrees. That's down right chilly when you are waist deep in saltwater. Don't be intimidated by the temperatures though. We have the technology these days to make high tech clothing to stay warm in these elements. It might be a little on the pricy side, but the investment is well worth it.

Since this is the December issue, I'm sure a lot of Christmas shopping will be going on about the time this article sits in your hands. I have been asked numerous times from people that have avid fisherman on their list; what they should get them for Christmas? I could sit there and have a two hour conversation about what kind of fishing they like, to see what they might need specifically, but there is one foolproof gift for the angler. It's a gift card to the largest tackle store anywhere around called Fishing Tackle Unlimited. Trust me, anyone that likes to fish will go into that store and find something they can't live without. Even if you don't live near Houston they now have online shopping. So there you go, there is your one foolproof gift for a fisherman.

Also, 'tis the season for me and my fellow duck hunters to be out and about. This can sometimes put grudges between fisherman and duck hunters. Loud airboats running by wade fisherman, or a fisherman drifting into the flyway of hunter's potential decoying birds are things I've seen that build anger on the water. Let's be courteous to each other out there guys. We need to give each other some space. After all, 'tis the season to be jolly. Stay safe, stay warm and have a fun holiday season!