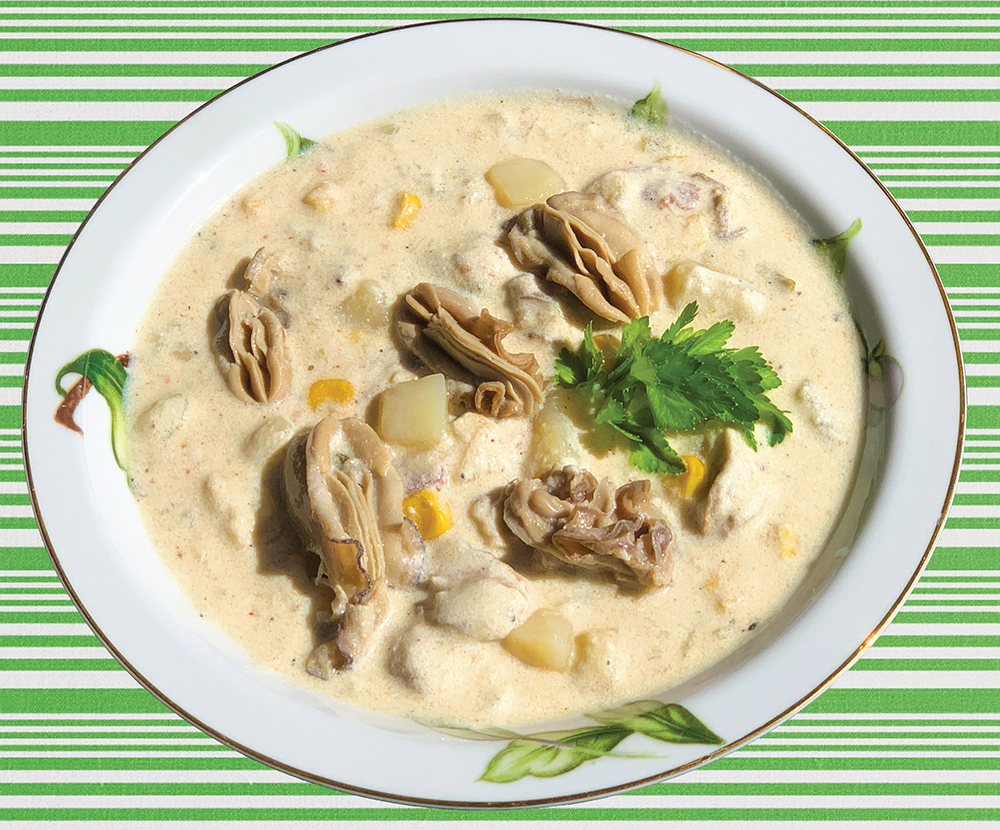 So, the story goes that the ol’ captain is a fair hand in the kitchen and mighty picky about the food served at his table. This is an easy, rich-and-hearty recipe he put together for oyster lovers, that can also be made with fresh crab meat, shrimp, or crawfish tails when fresh oysters are not available. Serve with toasted slices of garlic-buttered French baguette bread for a great first course or a complete meal.