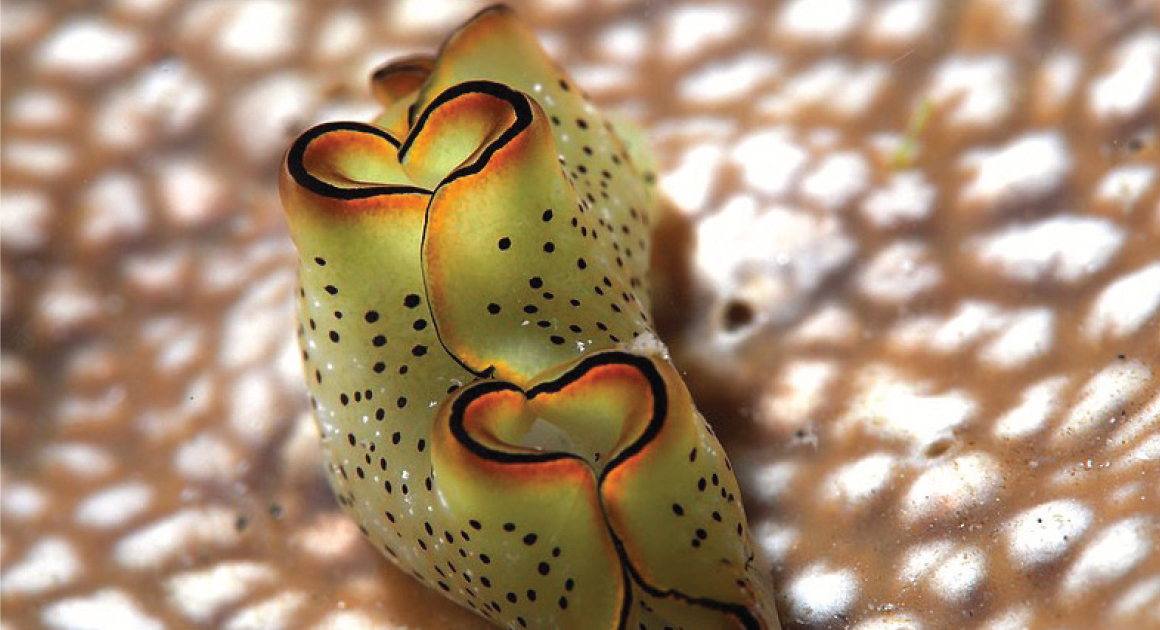 Solar-powered sea slugs can regenerate their bodies from only a head. Credit: Richard Zerpe, Wikimedia, CC-BY-SA-2.0
Perhaps you’ve heard of animals that can regrow lost body parts, like sea stars growing new arms or lizards regrowing tails. Now scientists have learned of sea slugs that can regenerate an entire body from just a head. And that’s just one of the unique features of these slugs.

Sacoglossans, also known as “solar-powered sea slugs,” are a group of sea slugs and sea snails that feed on algae. Some sacoglossans digest the algae to get energy, but a handful store and use chloroplasts from the algae. Chloroplasts are structures inside algae and plant cells that use the sun’s energy to grow, through the process of photosynthesis. So instead of getting energy by digesting food, as other animals do, these slugs steal the algae’s chloroplasts and use them to make food, a phenomenon called kleptoplasty. “Klepto” means to steal, and “plasty” refers to chloroplasts. You might say, these slugs are like comic book villains who steal another character’s superpower.

But the slugs have a superpower of their own—regeneration. Scientists have observed that certain solar-powered sea slugs can shed their body, move their heads about to find and munch on algae, and then regenerate their heart within a week, and a complete new body in just three weeks. Researchers suspect the solar power that comes from kleptoplasty may be what enables these sacoglossans to regrow entire bodies from just their heads.

Scientists are now working to understand why these sea creatures might ditch their body to regrow another. One hypothesis is that leaving the body behind gets rid of parasites—a seemingly extreme maneuver that is only possible for a creature with dual superpowers.