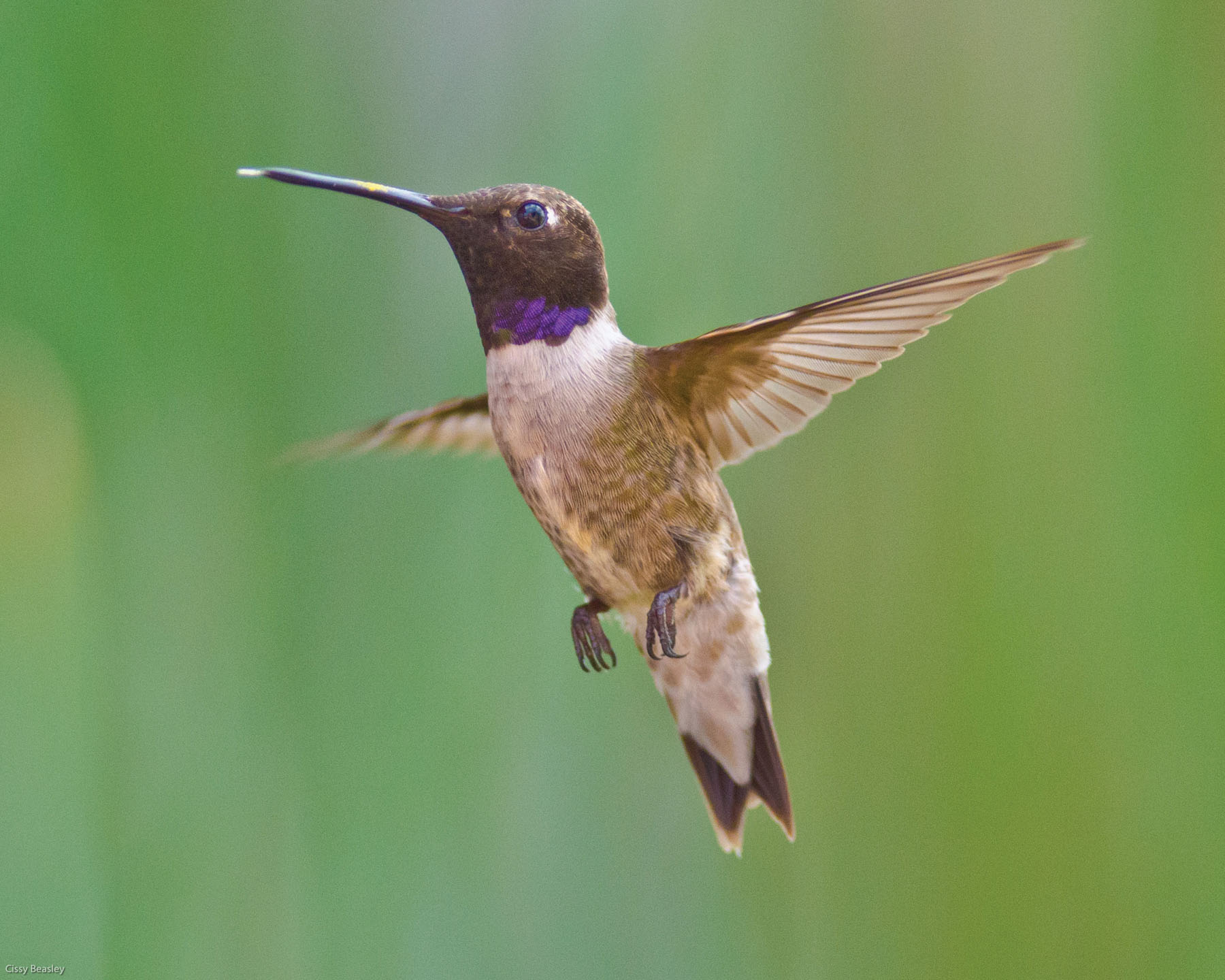 Plumage is metallic green above with whitish under parts and dusky green flanks and sides. Male shows a violet band at lower border of black throat. This is the western counterpart of the ruby-throated hummingbird found predominantly in the eastern states. Both species migrate through Texas heading to wintering grounds in Mexico during the fall; and then back north again through Texas during spring. Females of the two species are very difficult to tell apart.