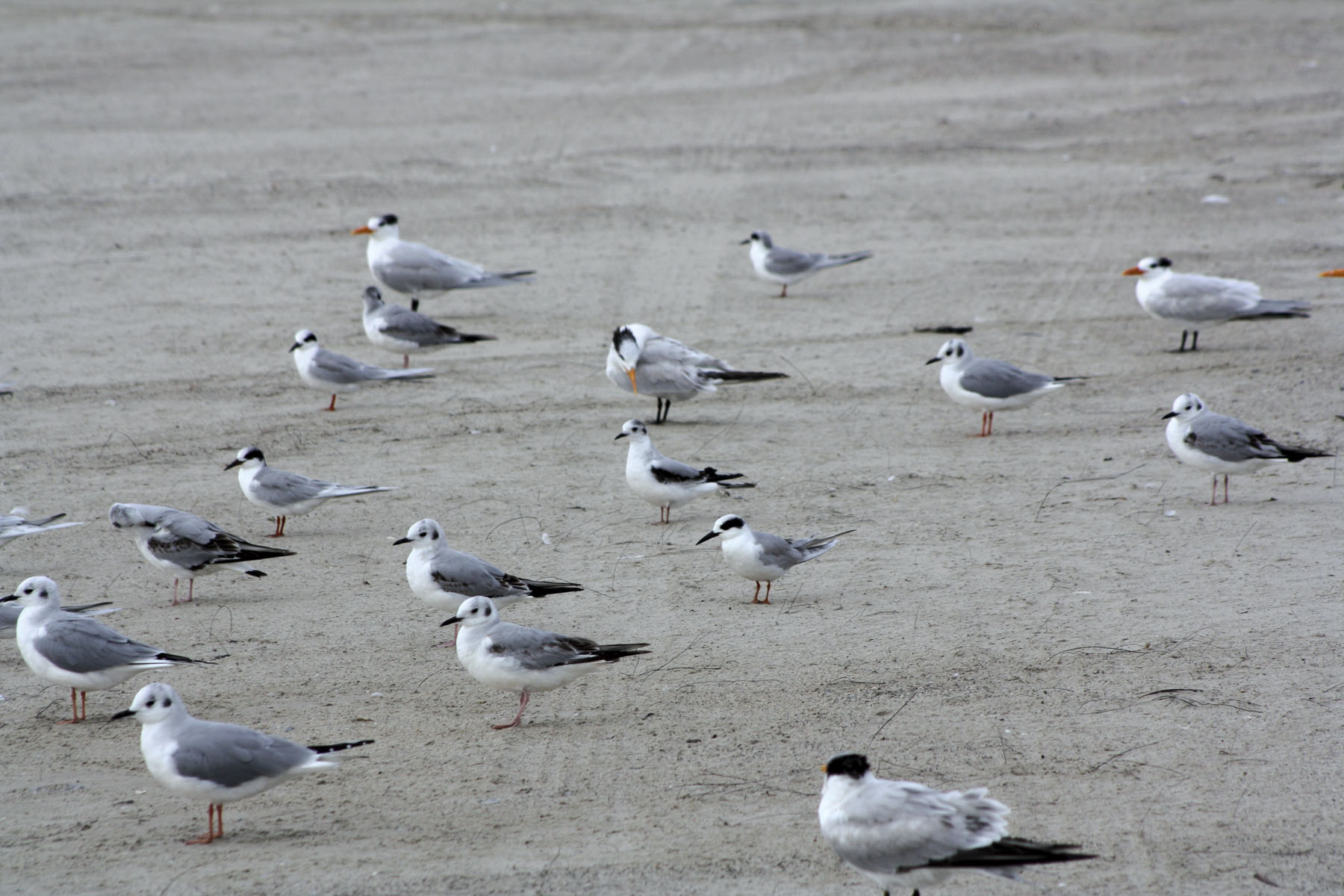 Formerly known as Larus philadelphia, the Bonaparte's Gull was moved to the genus Chroicocephalus by the American Ornithologists' Union in July, 2008. Named after Prince Charles Lucien Bonaparte, a zoologist and nephew of Napoleon.

There are seven Bonaparte's gulls in winter plumage in the accompany photo, BUT, in the center of the image is an even smaller European gull that has been documented only approximately 25 times here in Texas. This wayward seabird is only 11" tall and a long, long way from home.