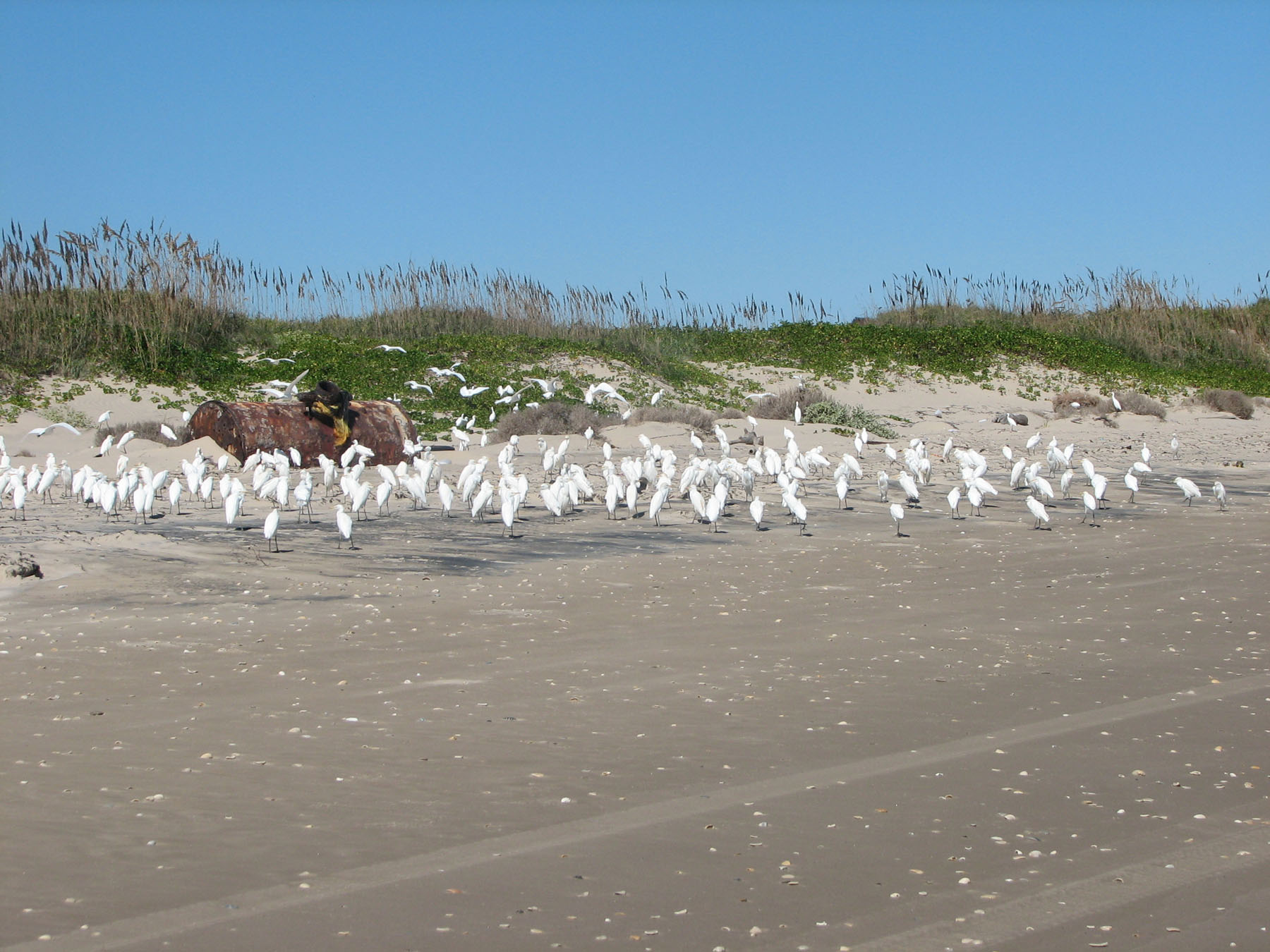 One of Nature's winners, the cattle egret is one of the few birds that I have encountered everywhere I ever visited on Planet Earth. Although some are present in our area all year large flocks of them are seen migrating along the shoreline and resting there in Spring and Fall. A small, stocky, white heron with a short yellow bill and black legs. Breeding adults have orange plumes on their back, foreneck and top of the head. An Old World species which arrived in South America from Africia and then showed up in Florida in the early 1950s. By the mid-1960s they had reached California. Insect feeders, often seen around livestock in fields. Nests in large colonies.