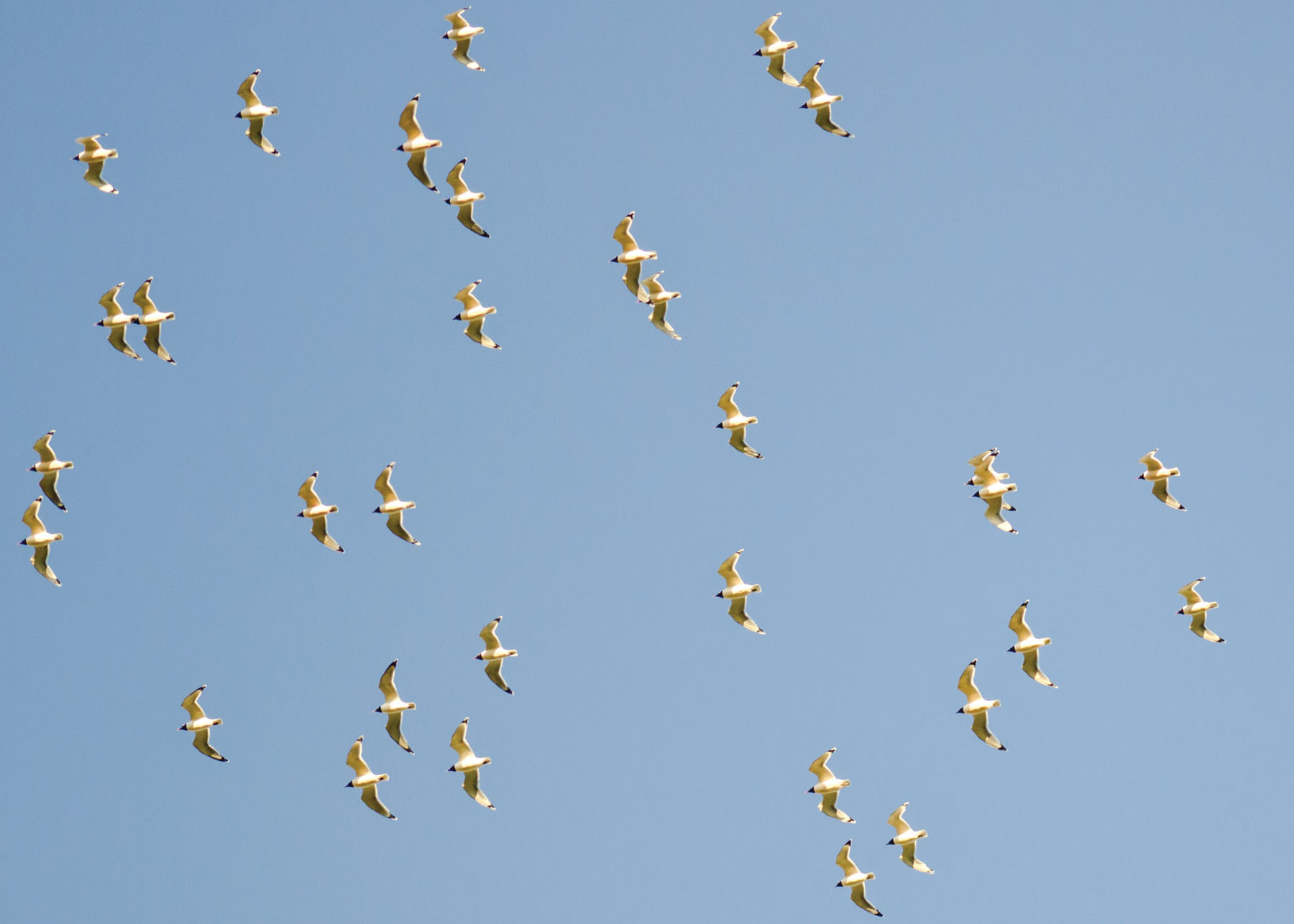 The white at the wingtip is the characteristic that most distinguishes the Franklin’s Gull from its close cousin the Laughing Gull. Photo credit: Cissy Beasley

I'm receiving e-mails from people living inland reporting concentrations of thousands of gulls moving north over their area and asking why. The sightings are normal for this time of year and are groups of up to 100,000 Franklin's Gulls migrating from wintering grounds in South and Central American to their breeding grounds on freshwater marshes and ponds of Canada and the northern U.S. plains. Slightly smaller than Laughing Gulls, Franklin's has a white bar separating the gray of the wing from the black wing tip. There may be a pale rosy blush to their white breasts.