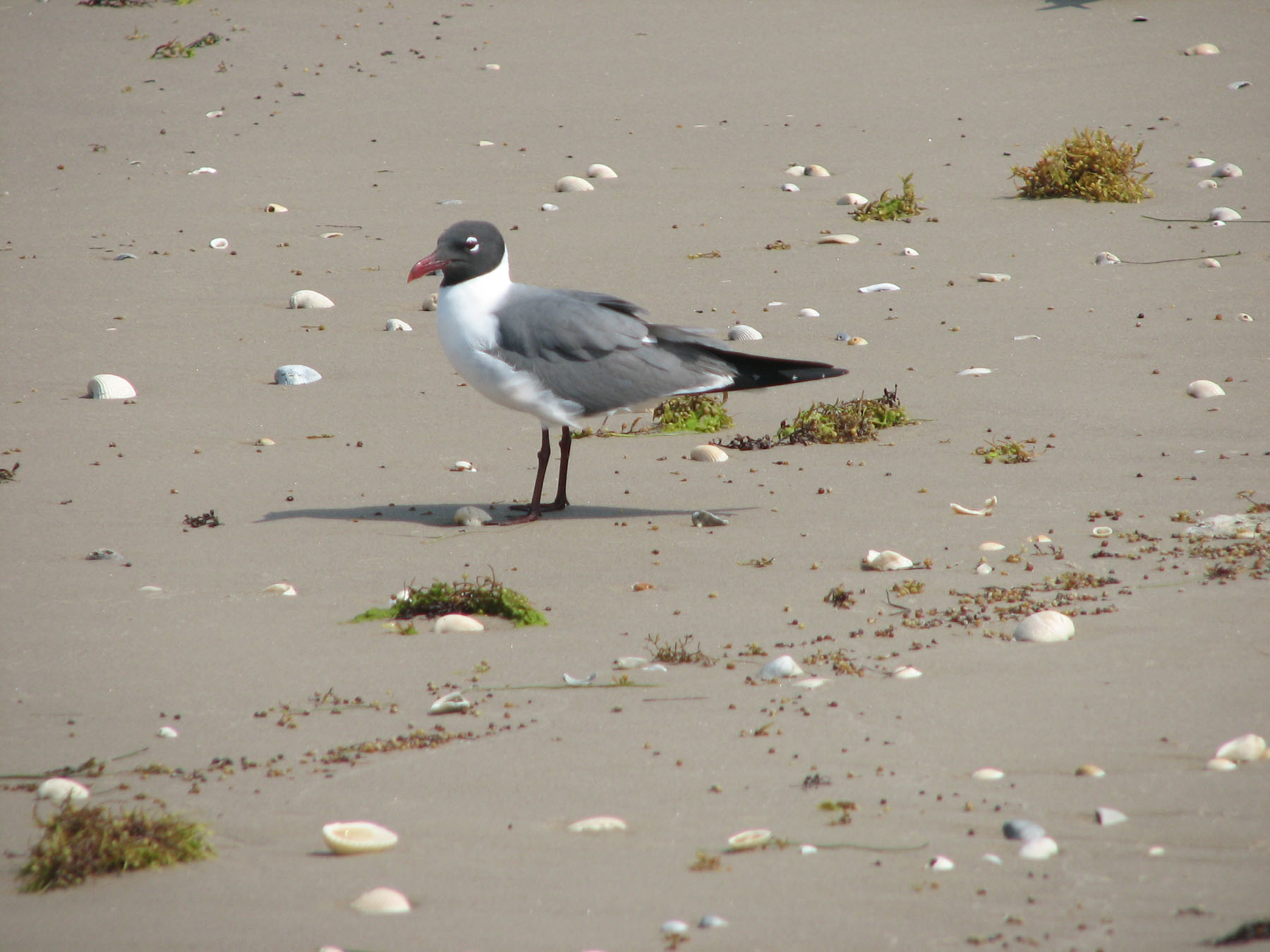 There are 27 species of gulls native to North America, but only the Laughing Gull breeds in Texas and is present year round. The laughing gull is widespread and present from Canada to Peru and Brazil. It breeds from late March through late July on coastal islands and is present throughout bays, Gulf of Mexico, estuaries, lakes and agricultural areas as well as local landfills.

The laughing gull is a scavenger and a robber and is often seen chasing other water birds to steal food and will perch on top of a pelican in the surf in an attempt to steal its catch.

Juveniles are dusky brownish and it takes two full years for them to reach adult plumage. During the period when it wears breeding plumage its head is strikingly black and the bill deep red. Non-breeding plumage differs; the bill is black and the head is white with mottled black on rear and sometimes sides of head.

Many bird species change colors from winter to summer plumage. We often see the same species exhibiting different color plumage combinations within a flock. It is not uncommon to see three and even four plumage patterns within any given flock of gulls.

The laughing gull is the most dependable ally of the inshore fisher due to the fact that it prefers to steal rather than work. When a flock is actively feeding over open water it is usually indicative of large amounts of forage species being driven to the surface by actively feeding gamefish. Our ally, the laughing gull, helpfully points the way to exciting fishing opportunities.