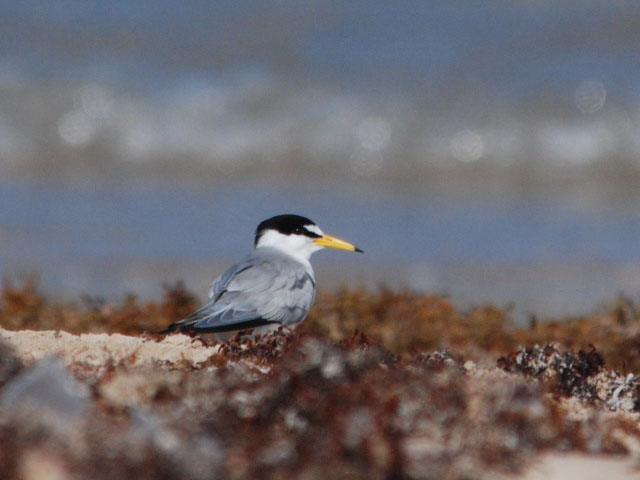 All terns are distinguished from gulls by pointed wings, bill shape and their feeding technique of plunge-diving into the water after prey. Terns feed on fish and large insects. The least tern in the smallest tern in North America. It has a short tail. Bill is yellow with black tip; long and slightly decurved. Least tern has black cap and nape, white forehead. Fairly common along on East and Gulf of Mexico coasts March through September. The least tern is less common and declining inland and on West Coast. Colonial nester on beaches and spoil islands April-August.

Least tern Winters in South America. Fishes hard in any and all weather conditions and only eats what it captures. Their presence feeding often indicates high numbers of very small fry and anchovies in the immediate area.