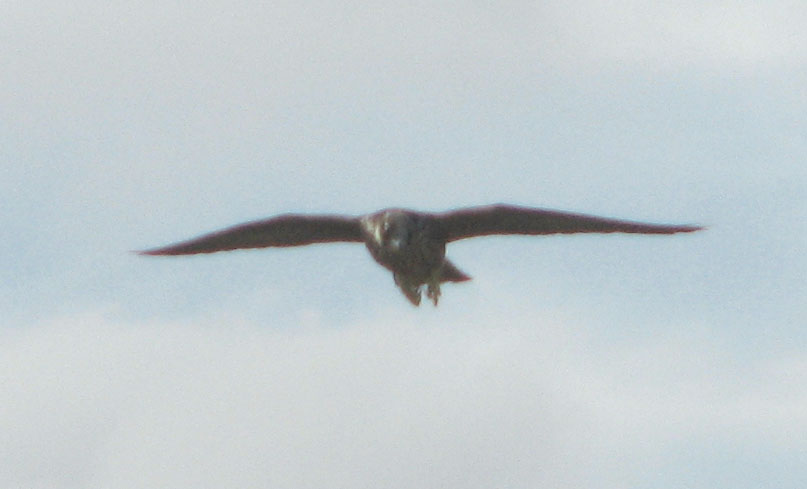 Highly migratory; abundance in our area peaks during March, April, September and October.

While some breed in West Texas, many breed on the Artic tundra and spend the winter in South America. That's a 12,000 mile migration twice annually.

Awe inspiring raptors that perform spectacular vertical dives in pursuit of prey. Fastest creature on Earth reaching speeds of over 200 mph during dives. Feed almost exclusively on birds. Has been seen killing and eating in flight as far as 300 miles offshore.

Conservation Status: Endangered until recently, the peregrine's status remains threatened due to the use of pesticides in Central and South America.