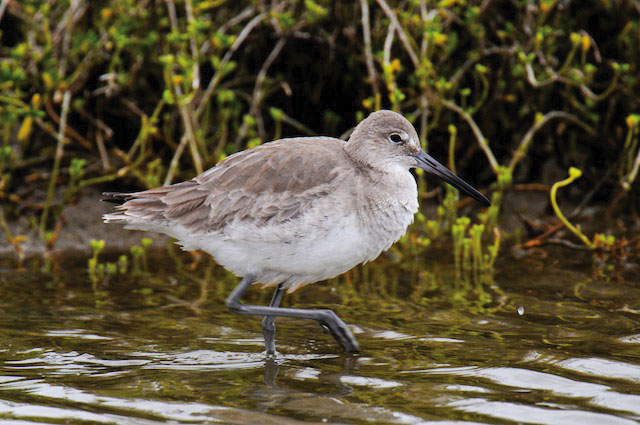 Photo credit: Jimmy Jackson
Recently re-classified, all willets were originally known as Cataptrophorus semipalmatus. The current classification for the Western species we see in Texas is Tringa semipalmata inornata. The species that inhabits the eastern US, or Eastern Willet, is now known as Tringa Semipalmata semipalmata. A rather heavyset wader with a striking black and white wing pattern which is revealed in flight. Present year round in Texas. Some breed in our area. Common on beaches and marshes. Western's are larger than Easterns and Easterns are darker, more brown in coloration than Westerns. A noisy bird, quick to give a repeated "kip" or "wrek" alarm. Feeds on small crabs and other crustaceans. Versatile in feeding habit.