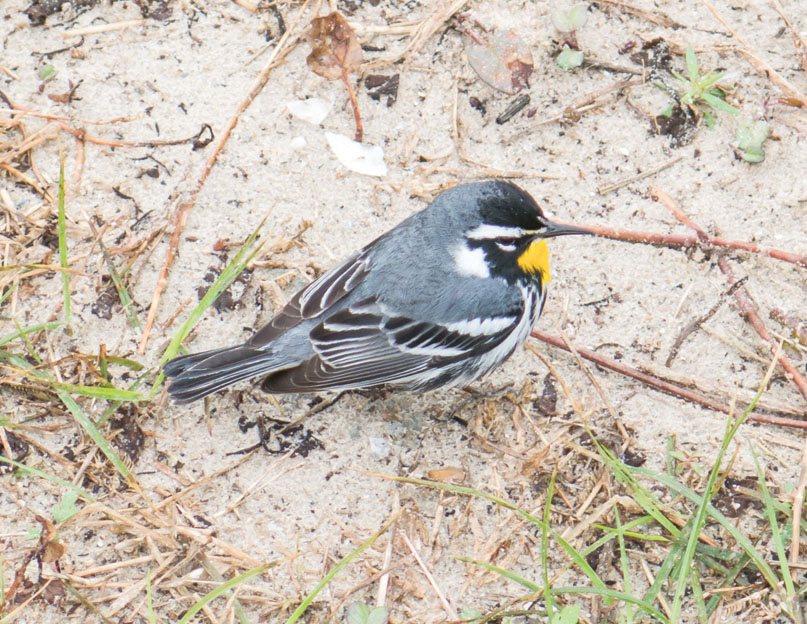 A small migratory songbird, about 5 ½ inches in length.  A neo-tropical wood warbler which migrates to Central and South America in winter and then nests in the wooded regions of Southeastern United States.  Plain gray back; white patch on each side of its head and a striking yellow throat.  Specimen in photo got caught in an exceptional norther on February 28, most likely during its northern migratory flight, and sought haven on a PINS beach. Feeds largely on insects. Spring migration through our area occurs during March and April.