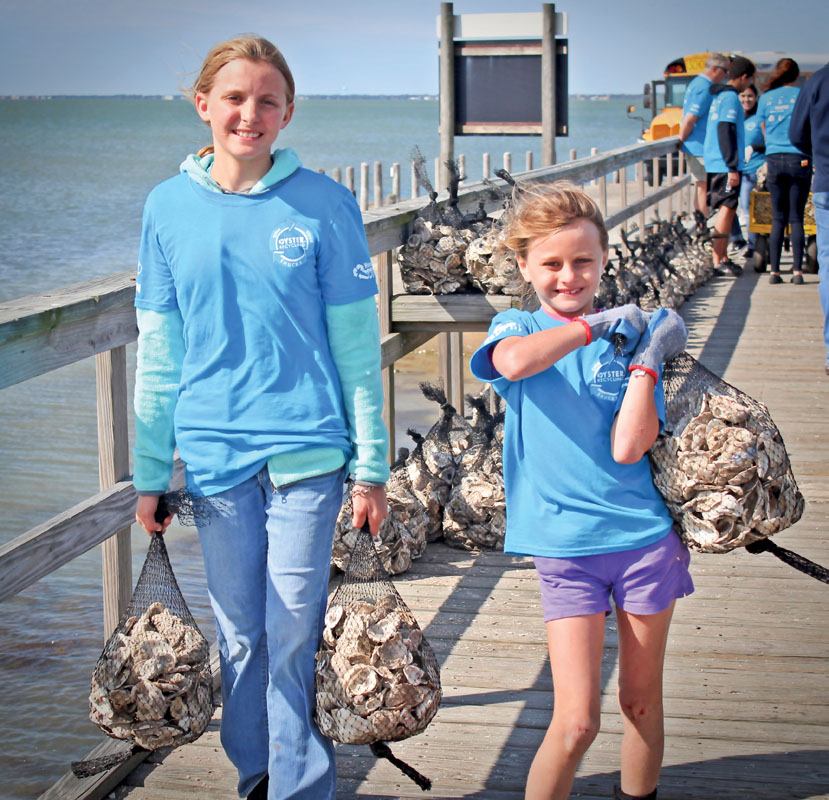 It's hard to believe but 2016 is coming to a close and it has been another successful year for CCA Texas. Success stories are across the board for chapter banquets, chapter involvement and habitat projects. The accomplishments of CCA Texas are the direct result of the efforts of dedicated volunteers and support from local communities. CCA Texas staff and leadership would like to thank each and every one of you for your time and efforts.

Habitat Today for Fish Tomorrow, CCA Texas's habitat program, continues to build relationships and be a part of habitat restoration and creation along the Texas Gulf coast. 2016 saw the completion of previously funded projects, the ongoing efforts of others and newly funded projects. CCA Texas made a major commitment to the Building Conservation Trust (BCT), CCA National's habitat program, by contributing $1.5 million to the program. These dollars will be used as matching funds for BCT to go out and raise money for habitat restoration work across all CCA state chapters. Most importantly, BCT expects to match the $1.5 million three times through its capital campaign, which will result in $4.5 million dollars back into habitat restoration and creation in Texas. Through the efforts of CCA Texas and BCT, dollars are not only being raised in Texas, but they stay in Texas and are being tripled by the efforts of BCT. This partnership will only strengthen and help to ensure the coastal resources of Texas for present and future generations.

Rio Grande Valley Reef – Through a great partnership between CCA Texas, BCT, Friends of Rio Grande Valley Reef (FRGVR) and Texas Parks and Wildlife Department (TPWD), the new Rio Grande Valley Reef will see the first materials deployed by the time this publication reaches the newsstands. With a little help from Mother Nature and some calm seas, the new reef site will have an old shrimp boat and a tug boat sitting on the bottom. FRGVR has worked diligently to see this effort through along with the support of the TPWD Artificial Reefing program. The community's recreational fishermen are excited to see this first step. Shortly after, and planned for by the end of the year, CCA Texas, BCT and FRGVR will be deploying low-relief materials in the form of limestone rock and cinder block clusters that will provide critical habitat for young red snapper, bait fish and other Gulf species. RGV Reef is a great example of local community volunteers, CCA Texas, BCT and governmental agencies coming together to create much needed habitat.

Port O'Connor "Keeping it Wild" Reef – Through the partnership of CCA Texas, BCT and the Texas Parks and Wildlife Foundation (TPWF), 500 reef pyramids will be deployed in the new Port O'Connor reefing site. This initial reefing area will be called the "Keeping it Wild" reef and is part of the TPWF Keeping it Wild initiative of habitat creation across the state. CCA Texas and BCT have contributed $600,000 to the effort along with another $400,000 from the TPWF. The pyramids are currently under construction and are expected to be deployed in the first quarter of 2017. In addition to the contribution for reefing materials, CCA Texas also contributed $100,000 for the permitting effort of the new site.

Sabine Pass HI20 Reef – TPWD recently received all necessary permitting for the new Sabine Pass HI20 Reef. This initial reefing effort for this site is planned for the 1st half of 2017 and will include large granite blocks and reefing pyramids. CCA Texas has committed $100,000 for this effort.

Galveston Big Man Reef – TPWD recently received all necessary permitting for the new Galveston Big Man reef. This initial reefing effort for this site is planned for the first half of 2017 and will include reefing pyramids. CCA Texas has committed $100,000 for this effort.

Dickinson Bayou – After several years of design and construction, and permitting efforts with budget constraints, this project was completed in August 2016. The project led by TPWD created 10 acres of living shoreline and protects an additional 17.7 acres from further deterioration. This project has shown immediate results with the elimination of fish kills in the area and a marsh habitat that is already flourishing. CCA Texas contributed $75,000 to this project.

Bird Island Cove (West Galveston Bay) – Bird Island Cove marsh restoration is a project originally completed in February 2015. CCA Texas staff and volunteers from TPWD, NRG and United States Agriculture Department recently participated in a grass planting effort that included 2,500 sprigs of marsh grass. This effort was supported by BCT, Restore America's Estuaries and CITGO. More grass plantings are scheduled for the near future that will help finish planting out this project and protect the area's marshes. CCA Texas has contributed $50,000 to this project to date.

St. Charles Bay Oyster Restoration – CCA Texas and BCT are partnering with Harte Research Institute to create over 2,000 linear feet of oyster reef to protect eroding shoreline and to establish new habitat. This effort will also include marsh grass planting and provide community outreach to students in the Corpus Christi area by not only having them help with the grass planting and oyster cultch placement, but it will also include a component where the students will be a part of the design process as well. In addition to CCA Texas, BCT and HRI, the National Fish and Wildlife Foundation has committed $250,000 to the project that will help support student involvement, and the Developing the Next Generation of Conservationists Program. CCA Texas has contributed $75,000 to this project to date.

CCA Texas and BCT are committed to the continuing efforts to restore and create lost marsh and oyster reefs along the Texas coast.

CCA Texas has had a strong year. While some events have been down due to the economy in local communities, others have set records for fundraising. Attendance has been very good at all events and many chapters have set attendance records as well. Our volunteers continue to be the back bone of the organization and the support of individuals, companies and local communities is never lost.

In September of 2016, CCA Texas announced the hiring of Shane Bonnot as the new Advocacy Director for the organization. This new position is an exciting move and will have Shane attending council and state meetings on behalf of CCA Texas, meeting with local chapters and updating them on the advocacy and other efforts of CCA Texas. In addition, Shane will be working with new outreach tools to reach more of the CCA Texas membership. Shane will also be providing leadership to the CCA Texas Governmental Affairs Committee and working closely with CCA Texas lobbyists in Austin as well as CCA's National lobbyists in Washington for Gulf issues that affect the state of Texas. Welcome aboard Shane. We look forward to having you on board.

In closing, THANK YOU once again to all of the CCA Texas volunteers, sponsors, supporters, banquet attendees and members. CCA Texas's success is a direct result of a strong membership and the belief in the leadership and efforts of the organization by our members. 2017 will mark CCA Texas's 40th year in existence. Without the vision of the original members, Texas's coastal resources and fisheries would not be what they are today. We encourage you to be involved in your local chapters and to take an active role. If you have questions and wish to get involved, please contact CCA Texas at (713) 626-4222 and ask for the Assistant Director in charge of your local community chapter. From the staff and leadership of CCA Texas, we wish you a Merry Christmas and a Happy New Year. We hope your holiday season is filled with plenty of outdoor opportunities on the water and in the woods.