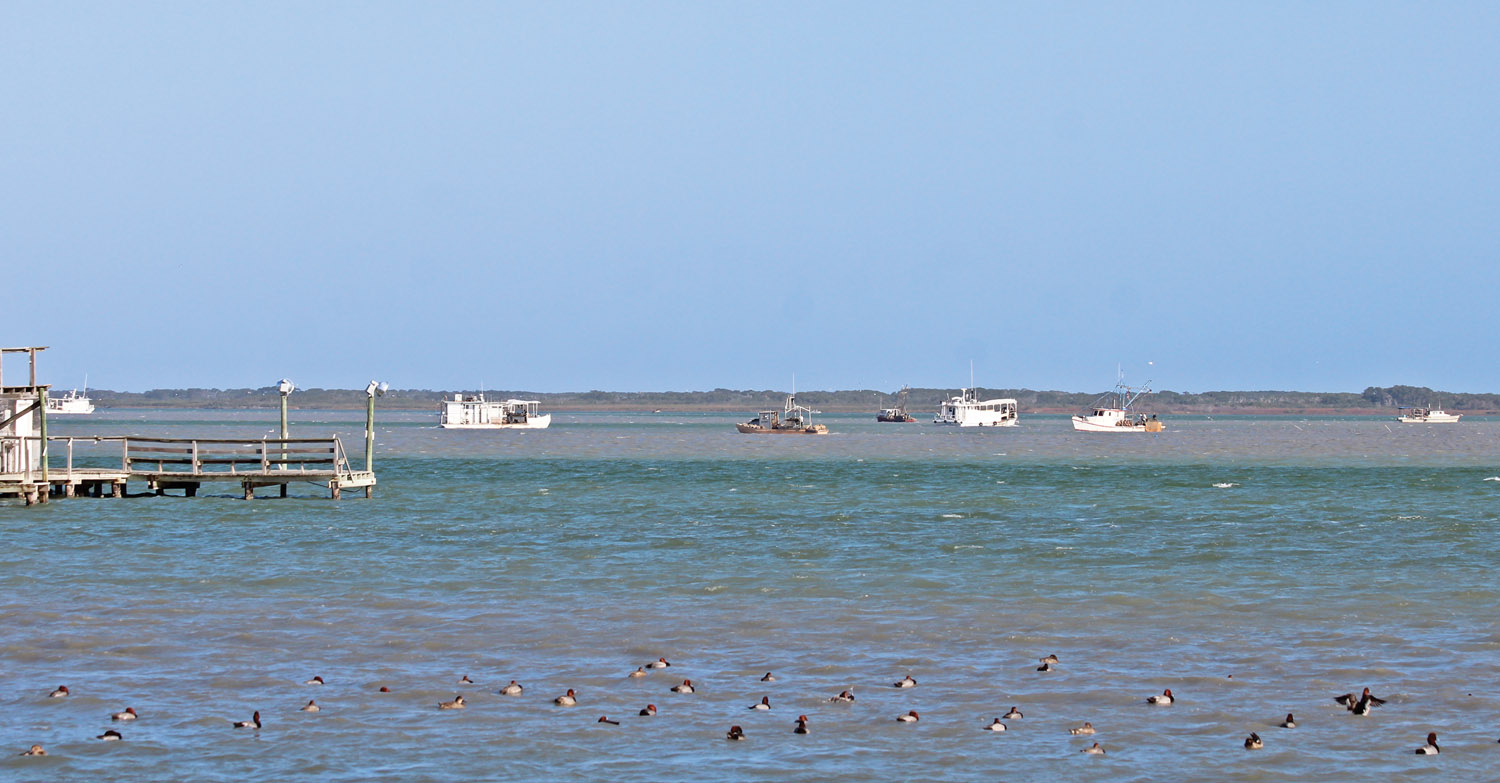 Passing of HB51 and new management adopted by TPWD Commission will help provide necessary steps to help the oyster fishery. Photo by

2017 has been a year of success and also challenges for the Texas coast and CCA Texas members.On the fundraising front, many questions arose as the year began, headlined with a new US president taking office, many new faces in the Texas legislature, and concerns about the economy and how the setting of the political stage might affect it all.

The first few banquets set the tone for the year.Some were up, some were down, and some records were set. Through it all, the strength of the organization remained at its core – the local volunteers, donors and membership.Corpus Christi set the trend for our larger banquets.The chapter had 2,000 people in attendance and was very strong financially. This was followed by other big chapters and the small and medium chapters doing well also.As this article is written, CCA Texas has one more event remaining and, as the books close on 2017 it will go into the record as another successful year for the volunteers and CCA Texas, in general.

Advocacy
CCA Texas and CCA National were extremely busy on the advocacy front. Red Snapper was at the forefront as always on the national level, and after a ridiculous 3-day season was announced, the fight only strengthened and with the help of lawmakers all along the Gulf coast, the season was extended by re-opening on Friday, Saturday and Sunday from June 16 to Labor Day. More battles lie ahead for 2018 and beyond, but the overall importance of the recreational fishing industry is finally perhaps being recognized.

CCA National has also been hard at work alongside the Center for Sportfishing Policy in pushing for the passage of the Modern Fish Act. Passage of the Modern Fish Act would be a great win for our nation’s natural resources and for the millions of Americans who enjoy recreational fishing – and the thousands of businesses they support. It’s important for the passage of this act that brings an updated fisheries management policy to the nation’s fisheries.

The Texas oyster fishery dominated CCA Texas’s advocacy efforts in 2017.With huge support from Representative Dennis Bonnen, Representative Ryan Guillen, and Senator Juan Hinojosa, HB 51 made its way through the house and senate to make transformative changes to the oyster fishery and will go a long way in the recovery of public oyster reefs. These changes will force players in the oyster industry to either abide by the regulations or get out of the fishery.

Perhaps most importantly, returning 30% of the shell back into the water will have monumental impact as our bays are currently experiencing a scarcity of hard substrate for oyster larvae to set upon.After the passage of HB 51, the Texas Parks and Wildlife Commission then stepped forward to further cement the changes of HB 51 to set into motion the important steps necessary to protect the oyster fishery and ecosystem for future generations.Saturday and Sunday are now closed to oyster fishing; the daily sack limit has been reduced from 40 sacks to 30; reduction in the number of undersize oysters in a sack from 15% to 5%; Closure to all oyster harvest in Christmas Bay, Carancahua Bay, Powderhorn Lake, Hynes Bay, St. Charles Bay and South Bay; and the creation of a “shoreline buffer” to prohibit the harvest of oysters 300 feet from the water’s edge or vegetation line.

Through the efforts of BCT, $2.3 million from RESTORE Bucket 1 funds will be headed to Texas for the Texas Reefing Initiative. These dollars will help provide critical habitat for nearshore species in Texas’s coastal waters. These areas will offer close and easy-to-reach fishing grounds for recreational fishermen from across the state. The CCA Texas and BCT partnership is a natural one that will have lasting effects on the health of the Texas coast for generations to come.

Communications
CCA Texas and CCA National continue to grow their communications efforts. The staff from both have garnered many awards annually for their articles in Tide, Currents, and other publications. When Shane Bonnot was hired as CCA Texas’s Advocacy Director in September 2016, one of his goals was to create a CCA Texas Blog and PodCast. To date, there are numerous blogs, and twenty-one podcast episodes that provided great amounts of information.These conversations are with local fishermen and conservationists, guides, biologists and the general public. These are all great episodes that can be found at www.ccatexas.org/bog, on SoundCloud, Stitcher, and iTunes. When searching, search for Coastal Advocacy Adventures or CCA – Coastal Advocacy Adventures. These are enjoyable and well worth your time to listen to.

In closing, CCA Texas’s strength continues to be and will always be its volunteer base and members. These along with sponsors, donors and other supporters help drive the successful efforts of the organization. CCA Texas and National along with BCT are grateful for all the support they have received.We look forward to working in the future to ensure that our coastal resources are here for present and future generations.

From the staff at CCA, Merry Christmas and Happy New Year. We hope everyone will have the time to enjoy the great Texas outdoors whether you are on the water or in the field.