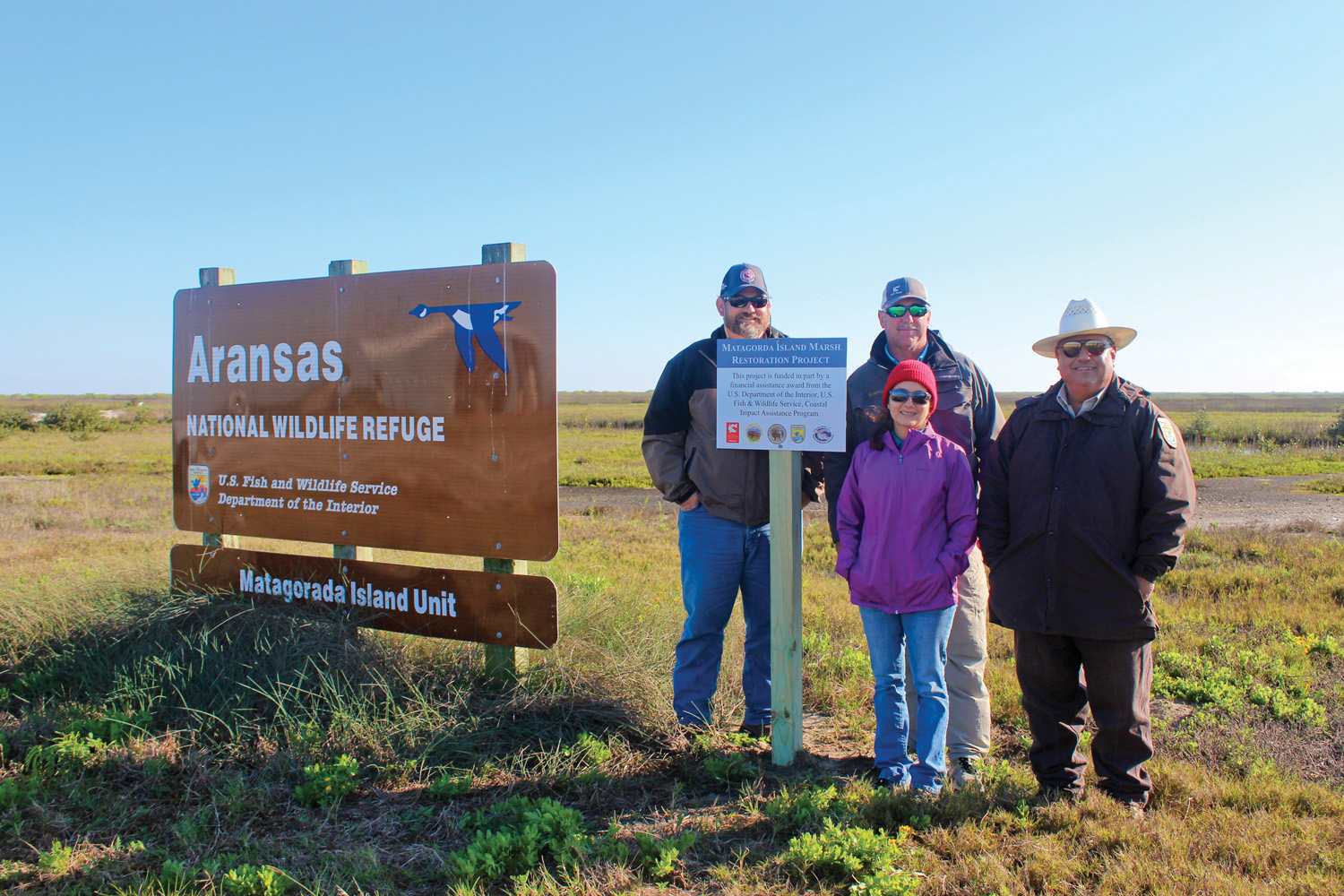 CCA Texas and Habitat Today for Fish Tomorrow (HTFT) partnered with Coastal Bend Bays and Estuaries Program (CBBEP) to restore 2,300 acres of marsh on Matagorda Island. In the 1950s, roughly 15,000 acres of marsh on Matagorda Island were negatively impacted when vast areas of estuarine marsh were sectioned with levees and drained for cattle grazing. These areas remained this way until the late 1970s when several dozen culverts where installed in attempt to restore natural flows in and out of the marsh. Since that time many of the culverts have collapsed or become plugged, once again either restricting or completely cutting off the critical water paths to and from the marsh. The end result was impaired water quality and negatively impacted habitat.

Matagorda Island has a long and rich history dating back to the original Karankawa Indian inhabitants, its period of private ownership in the 1900s and until U. S. Fish and Wildlife Services (USFWS) took over in 1979. The island has seen many uses through the years that include military, rocket launch sites, ranching and even a presidential visit by FDR. Through it all, Matagorda Island has remained resilient. Although changes were made to the island in the 1900’s that were a detriment to the ecosystem, the restoration efforts today are helping ensure its resilience remains, once again becoming the rich estuarine marsh system it historically had been.

Working with the Aransas National Wildlife Refuge (ANWR), CBBEP and ANWR developed an Adaptive Management Plan (AMP) to restore the flows back into the marsh. With the AMP in place and dollars secured through the General Land Office’s Coastal Impact Assistance Program (CIAP) ($700,000) and CCA Texas ($70,000), work began in 2013. The project eventually removed 4 levees, repaired 2 culvert systems, and installed 1 new culvert system restoring water flow and circulation. The end result is improved water quality and increased wildlife abundance and diversity to 2,300 acres of emergent estuarine marsh.

“Restoration projects in remote areas like this one present many challenges. Through the efforts of our contractors and partners, 2,300 acres of estuarine marsh are now benefiting from restored water flows critical to the health of the not only the marsh, but the entire ecosystem,” commented Rosario Martinez, Senior Project Manager for CBBEP.