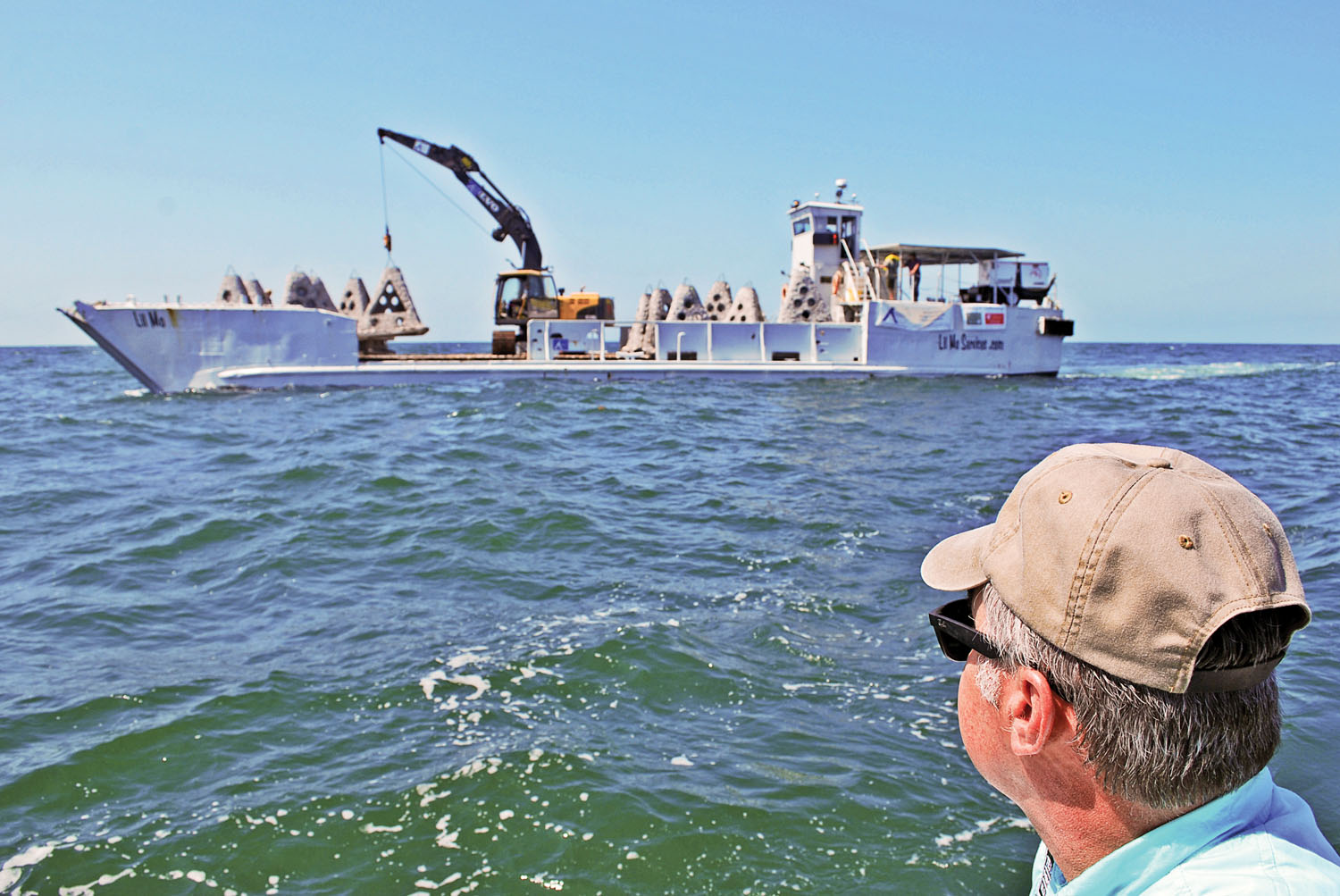 As this article is being written, CCA Texas volunteers and staff have completed twenty-three banquet events; thirteen in April alone. This busy schedule and continuously positive results in the fundraising and membership arm of CCA Texas reflects the success and continued growth of the organization as it celebrates its 40th Anniversary in 2017.

The organization has grown from a small group of concerned anglers in 1977 to approximately 70,000 in Texas and over 120,000 total nationally. The success in fundraising and membership translates to continued success in advocacy efforts, and also habitat creation and restoration.CCA’s core strength is its membership, and without such loyal support the effectiveness of the organization would be diminished.

The 2017 Texas and US legislative sessions have been extremely busy and contentious. The recreational fishermen were once again disregarded and seemingly punished by NOAA Fisheries as they set a three-day season for red snapper in Federal waters. This, while granting a forty-nine day season to the charter-for-hire sector and continuing the year-round season for commercial fishermen to fill their quotas. Recreational fishermen continue to bear the brunt of federal management while a limited few commercial fishermen continue to benefit. Mark Ray, CCA Texas Chairman, recently testified in a congressional hearing on the status of the red snapper fishery.

“By any measure, the red snapper fishery in the Gulf of Mexico should be held up as a shining example of proper management and good conservation. But as this hearing demonstrates, that is not the case. We aren’t here today to highlight a conservation success story. Unfortunately, we are here because red snapper is known throughout the nation as a man-made fishery management disaster,” Chairman Mark Ray said. “After decades under intense federal management, this is the best that anglers can hope for – a three-day season in federal waters in 2017? I don’t think anyone would declare the current situation a success. All we ask for is a system that allows all stakeholders the best opportunity to enjoy and use those resources. I am here today to ask of you to give us that chance.”

When will the Gulf Council and NOAA Fisheries begin to recognize the overwhelmingly more valuable recreational fishery and the benefits it brings to the economy up and down the entire Gulf Coast?

The membership of CCA will be crucial in the future as the management battles surrounding red snapper and other species will need a loud and unified voice from the recreational fishermen.When you see a Call to Action message from CCA, please take the time to make your voice heard. Your voice matters and it counts. In addition to responding promptly to CCA’s Call to Action notices, take it a step further and reach out to your representatives by calling them and writing them separately.

The Texas oyster fishery has drawn center stage attention during this legislative session. The 2016-17 oyster season brought great changes in fishing methods and areas fished that many have never seen before, or at least not in many years. With better than a month of the season left, more than three-quarters of the bay systems in Texas were closed to commercial fishing, concentrating the commercial fishery on small and seldom-fished bay systems. HB51 introduced by representatives Guillen and Bonnen during the 85th Legislature of Texas addressed areas of stiffer penalties to the entire crew of the oyster boats; oyster license buyback; vessel monitoring systems; and penalties to seafood dealers who knowingly purchase undersize oysters.

The House version of the bill has passed and at the time of this writing it is being debated in the Texas Senate, voting on the measure should come by the end of May. This is the first step in bringing a common ground to the management of the commercial oyster industry while focusing on the sustainability of the resource. Many provisions are in place to protect seagrasses across the state, yet oyster reefs do not receive such attention. Oyster reefs are shown to have up to four times more bio-diversity than seagrasses and it is time to provide the attention and protection they deserve.

CCA Texas and Building Conservation Trust (BCT) continue to make progress in the restoration and creation of marine habitat along the Texas coast. Most recently, the Keeping It Wild artificial reef off Port O’Connor became a long-awaited reality. The partnership between CCA Texas, BCT, Texas Parks and Wildlife Foundation and Texas Parks and Wildlife Artificial Reefing Program recently deployed 500 pre-cast concrete pyramids in the nearshore waters just off the coast of Port O’Connor. CCA Texas has been involved since its inception, pushing and paying for the nearshore permit.

With tremendous support from BCT and the Texas Parks and Wildlife Foundation, the recreational anglers fishing out of Port O’Connor will now have a nearby and easily accessible area to fish for red snapper and other species in state waters. In addition, BCT has funded Harte Research Institute to conduct a five-year study that will focus on the best configuration methods of these reefs, the abundance of marine species before and after, and the overall impact of these nearshore reefs.

Before this issue hits the newsstands, the Rio Grande Nearshore Reef will receive an abundance of reefing materials that include cinder blocks, rubble and some pyramids. CCA Texas and BCT have partnered with Friends of Rio Grande Valley Reef to help create this unique reefing site that will provide habitat for the full life-cycle of red snapper and other species. This project epitomizes the term “Grass Roots Effort” through the continuous and tenacious efforts of the Friends of Rio Grande Valley Reef, and CCA Texas and BCT are excited to be a part of this project today and into the future.

CCA Texas and BCT are excited for what the year holds and have already approved $530,000 in habitat work for 2017. With more opportunities on the horizon, we will remain committed to habitat restoration and creation along the entire Texas coast. For more information about this habitat work, please contact John Blaha, CCA Texas Habitat Director, at [email protected] or Sean Stone, BCT Executive Director, at [email protected].