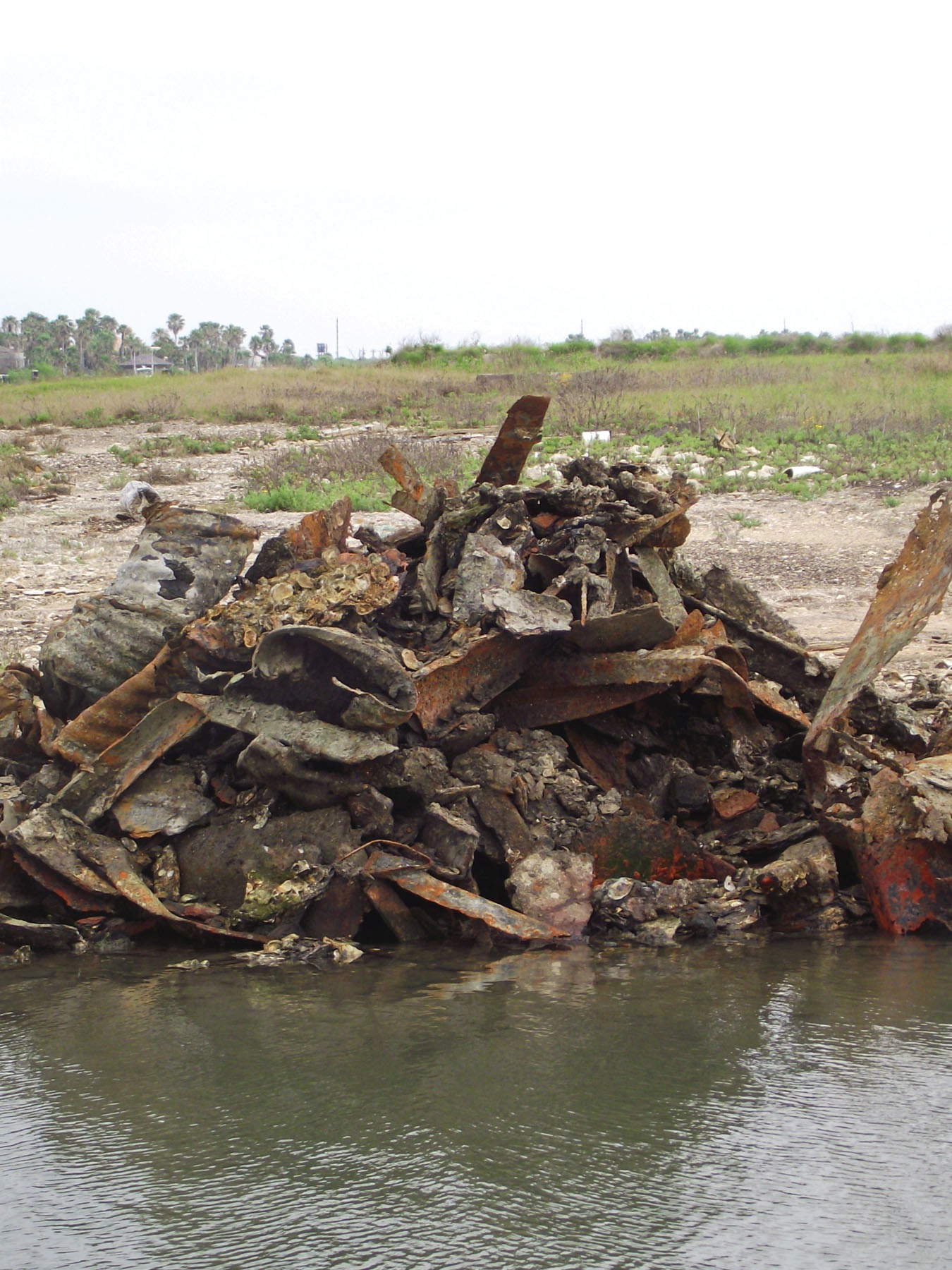 This project led by Texas GLO originally removed nine barges from the old slip area. Many of the barges rested in the shallow waters adjacent to the slip and covered areas where sea grass beds where once believed to exist due to the existence of grass beds in the immediate surrounding areas. Because of the shallow depths of where the barges sat, the original contractor was not able to reach the random pieces of smaller materials left after the removal of the large pieces by the shear barge. To finish this cleanup, Texas GLO contacted CBBEP and CCA Texas to help fund the process of "hand picking" the remaining materials.

The Derelict Vessel removal program led by Texas GLO has removed over 400 vessels of the 700 plus that have been identified along the Texas coast. Much of this work has been accomplished at no cost to Texas GLO while the contractors have completed the jobs for the revenue generated from the scrap metal that has been removed. This agreement with the contractors has made the program a huge success when funds would otherwise not be available to complete these types of projects. Texas GLO has now begun to actively seek partnerships with groups such as CCA Texas and CBBEP to complete these smaller type projects, such as this one in Aransas Pass.

"CCA Texas has a long standing history in helping remove debris from Texas's coastal waters. The Bay Debris Program led by the Corpus Christi Chapter in the 1990's, was the example that has led to many debris removal programs in place now and an influencing factor in the passage of HB2986, which mandated and set guidelines for the removal of derelict vessels, during the 79th Texas Legislature," commented Jay Gardner, CCA Texas HTFT Committee Chairman.

CCA Texas is committed to restoring and creating habitat along the Texas coast. Debris removal is a part of this process and partnerships such as this one with CBBEP and Texas GLO will continue to be the key in completing these worthy projects.