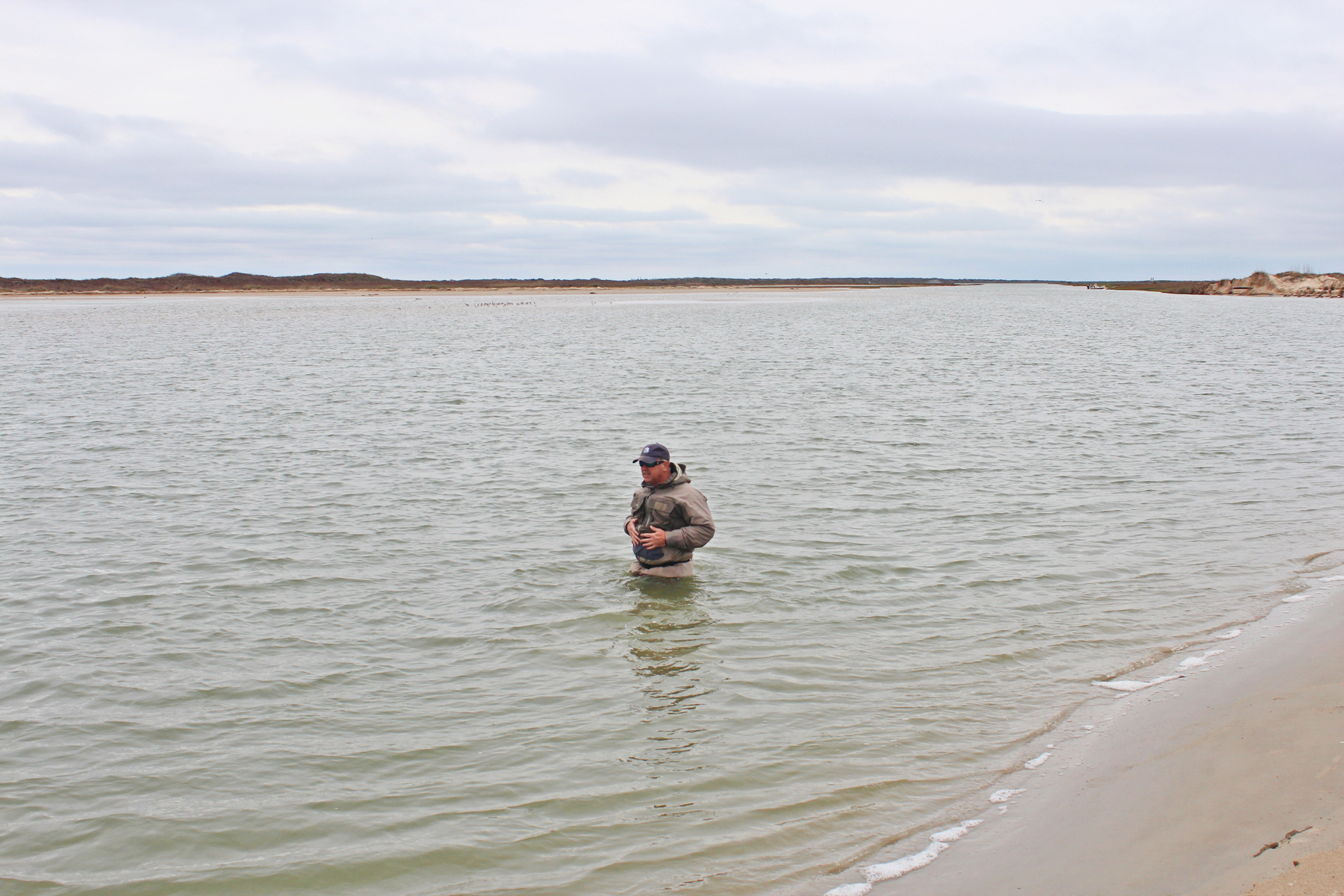 Photo by Lisa Laskowski.
It's been six months as this article is written that Cedar Bayou and Vinson Slough have been open and flowing to the Gulf of Mexico. I made a trip on March 10, 2015 to check things out and spent a good bit of time walking both Cedar Bayou and Vinson Slough channels. It had been some time since my last visit and was curious to see how everything looked after several strong northers and a few good high tides. Overall in my opinion, Cedar Bayou and Vinson Slough were in better shape than they were the last time I had been to the site. There was good flow in both channels. The following are my most recent observations and we should all keep in mind that the system is very dynamic and changes continuously. This report will be at least six weeks past when you read it.

In the end, I feel like the project is doing its job and it is changing all the time. Harte Research Institute (HRI) masters student, Quentin Hall, gave an update to the Redfish Bay Chapter at a recent meeting and spoke about some of the early findings in the winter surveys. Reflecting back to the surveys prior to the opening of Cedar Bayou, no redfish larvae had been found in the immediate Cedar Bayou area. Early indications from this winter's surveys, show that since the opening, the densities of redfish larvae at Cedar Bayou are significant and in line with other inlets. HRI sampling has also shown good presence of blue crab and Atlantic croaker, and the presence of southern flounder. The sampling analysis still has to be completed and reports written, but indications are very encouraging from a biological standpoint.

Cedar Bayou is once again drawing recreational fishermen on a daily basis and at times the fishing has been phenomenal by reports received. Please remember to obey the navigation rules and stop where the signage indicates you must stop and walk to the beach front. The channel is not a designated navigable channel and has been declared a fish pass by Texas Parks Wildlife Department for generations. Spring is here and the temperatures are rising, so be sure to watch for snakes as you make your way to the beach. Lastly, if you pack it in, pack it out. It has been frustrating at times to see the trash that has been left behind by some, so please respect the area and respect the resource.