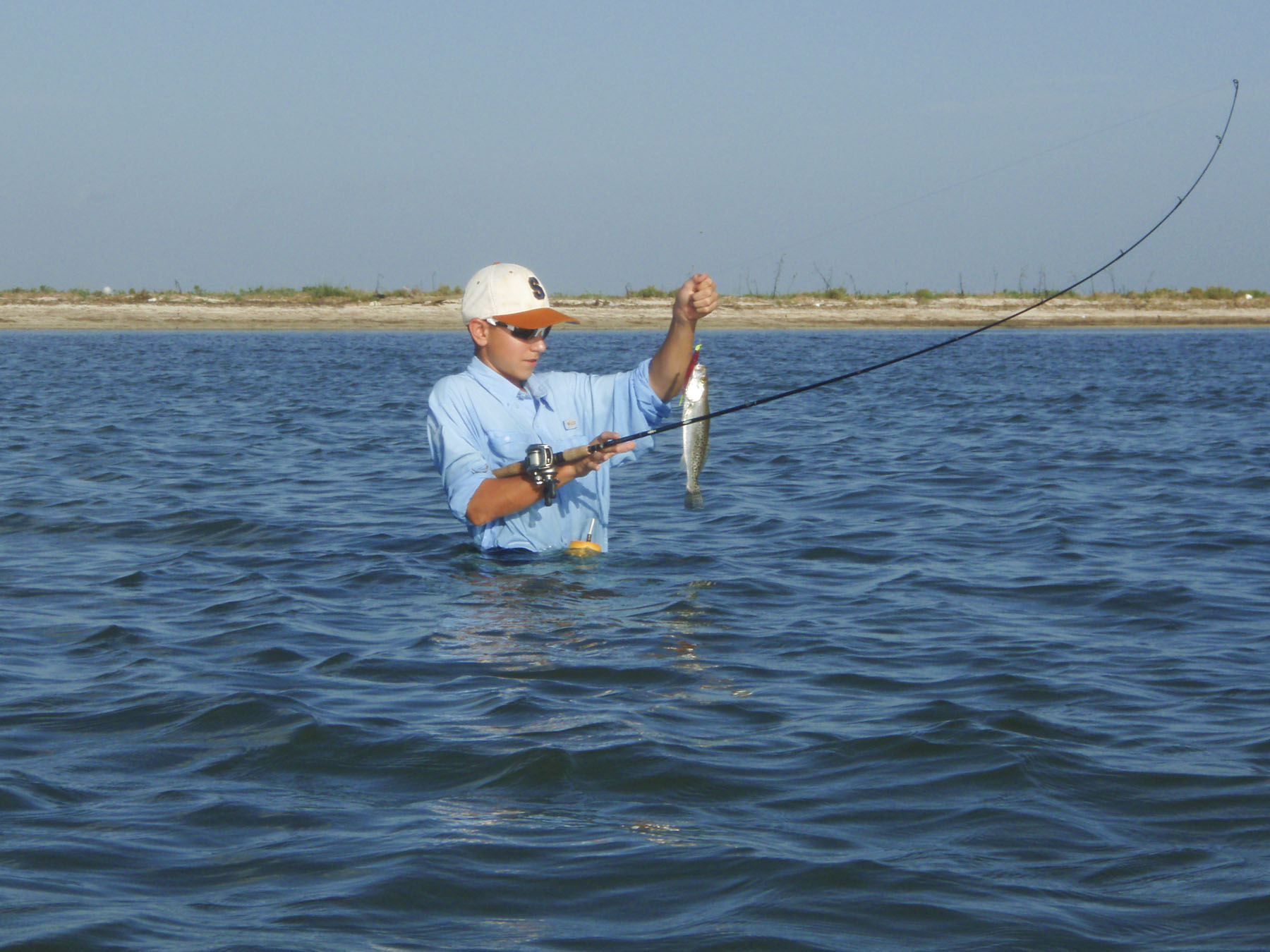 Recruiting young anglers and imparting conservation ethic will be the key to maintaining healthy fisheries for future generations to enjoy.
The year was 1977 and a small group of recreational fishermen were tired, tired of seeing the continual decline of redfish and speckled trout. Redfish and speckled trout populations were being decimated by commercial overfishing up and down the Texas coast and it was time for someone, some group, to step up and take charge. That group was a group of fourteen individuals who met and evolved into the Gulf Coast Conservation Association; their project, "Save the Redfish". This campaign marked the beginning of one of the most successful, widely respected and largest marine conservation groups of its kind. The "Save the Redfish" campaign was the catalyst that eventually led to the sportfish designation for redfish and speckled trout and ultimately the banishment of destructive gill nets in Texas state waters.

The success of the "Save the Redfish" campaign spread across the entire Gulf Coast and by 1985 Gulf-state chapters had formed from Texas to Florida. By the decade's end chapters were founded through the mid-Atlantic region, and by the early '90's, development of the New England state chapters was completed. As individual state chapters continued to grow and fisheries issues began to cross state lines, it was apparent that a central voice was needed in Washington for national fisheries issues that affected all states. In 1997, all state chapters became part of the national organization, Coastal Conservation Association (CCA). In 2007, Washington and Oregon opened CCA Chapters.

CCA has now grown into an organization with 17 state chapters, and approximately 100,000 members. CCA Texas is the original and largest state chapter with a membership of approximately 51,000 members and 57 local chapters stretching from Beaumont to Houston, the Rio Grande Valley, Midland, San Antonio, Austin, and Dallas / Ft. Worth and back to Beaumont and new chapters are currently being started in South Padre island and a Houston area Oilman's chapter, an industry based chapter.

What is CCA? CCA is a non-profit 501 (c) (3) marine conservation organization. The organization combines a grassroots network and unique combination of membership, fundraising and advocacy to enact positive change on all levels of coastal marine conservation and management. When called into action, this grassroots machine is unparalleled. All decisions made by CCA and its state chapters are volunteer driven and each state has a volunteer board of directors that represent all of the state's local chapters. These local, state and national volunteer boards, create a three-tiered organization that affects issues on the local, state and national levels.

CCA is involved in many areas relating to marine conservation. In Texas these areas include the initiation/funding of scientific studies such as the catch and release mortality of speckled trout study by Dr. Greg Stunz; working to pass pro-resource legislation such as the recently passed flounder regulations; funding of five marine science scholarships for graduate students; funding state of the art hatcheries in Texas; continuous fighting for quality and quantity of freshwater inflows for coastal bays and estuaries; support of Texas Parks Wildlife Department (TPWD) Game Wardens and Coastal fisheries by providing needed equipment; and through the establishment of Habitat Today for Fish Tomorrow (HTFT), CCA Texas's habitat initiative put in place to restore and provide critical marine habitat for Texas's coastal waters.

As CCA moves forward into the next decade, fisheries issues will become more complicated, habitat restoration and creation will be more critical, and each and every fisherman will have an individual responsibility to make their contribution to the successful conservation of coastal resources throughout the United States. Take your turn and step up to the plate and volunteer your time or resources to help CCA Texas and CCA make their missions and goals reality.

For more information about CCA, be sure to visit www.joincca.org and for CCA Texas visit www.ccatexas.org.