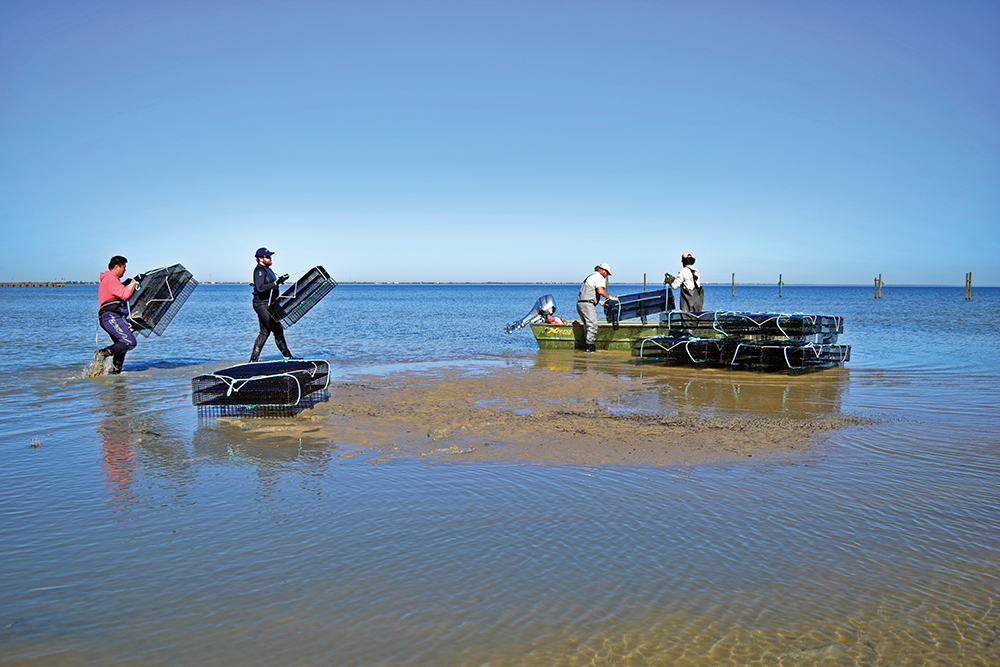 The State of Texas may very well see a new industry develop in coastal waters; one that can redefine the half-shell oyster market and improve water quality in the process. The term used to describe such an industry is known as “Oyster Mariculture.”

The first step to establishing oyster mariculture in Texas has been taken by Rep. Todd Hunter District 32. On February 1, 2019 Hunter filed House Bill 1300, otherwise known as the Cultivated Oyster Mariculture Bill. In a nutshell, the bill gives the Texas Parks and Wildlife Commission the authority to adopt rules to establish a program governing cultivated oyster mariculture and it requires them to adopt such rules by September 21, 2020.

Oysters filter feed on microscopic algae that are typically abundant in coastal waters. Because oysters do not need additional food to sustain growth, this species is relatively inexpensive and easy to culture.

The process of growing cultivated oysters in “controlled” environments is simple in concept but there are many steps in the process. The “grower” can influence the shape, size, look, taste, texture and characteristics of the oyster depending on choices that he makes before the oyster reaches market.

The first step in oyster mariculture is to produce the “seed” or larvae in a hatchery. Hatcheries can either produce single oysters or remote-set shellstock oysters, which are bunches of oysters that grow bound together. For brevity’s sake, we will focus solely single oysters. To achieve a single oyster, farmers take dried and cured oyster shells from shucked meat processors, grind them into tiny sand-like grains, providing enough room for just one oyster larvae to attach. The common term for this ground shell is micro-cultch. It takes 6-8 weeks for an oyster larvae to reach the “eyed-larvae” stage when it is ready to set on this micro-cultch. Once it is set, it can be moved to the nursery phase.

The nursery phase is a labor-intensive transition from the hatchery to bay waters. In this land-based operation the newly settled larvae, known as spat or oyster seed, will be grown in flow-through upweller systems where ambient bay water is pumped (upwards) through an oyster culture tank, providing the tiny oysters with naturally occurring phytoplankton.  As they grow, the oysters require routine culling, sorting and cleaning until they are large enough, usually a half to three quarters of an inch in size, to be moved to the grow-out phase in open bay water.

The final phase of oyster mariculture occurs in the open bay and there are numerous ways that a grower can achieve their desired goals for a half-shell product. Containment systems (or cages) can be located just off-bottom, in mid-water column, and/or floating at the water’s surface. Each location within the water column has its own advantages and disadvantages, ideally it should take 18 months for a cultivated oyster to reach market size. It is this phase of oyster mariculture that is most likely to catch the attention of coastal anglers; as some of these containments systems would be clearly visible at the water surface.

CCA Texas supports House Bill 1300 and will continue to work with the Texas Legislature and Texas Parks and Wildlife to develop a cultivated oyster mariculture program that addresses concerns of the angling community, redefines the Texas half-shell market, and puts more oysters in our waters to benefit the coastal ecosystem.