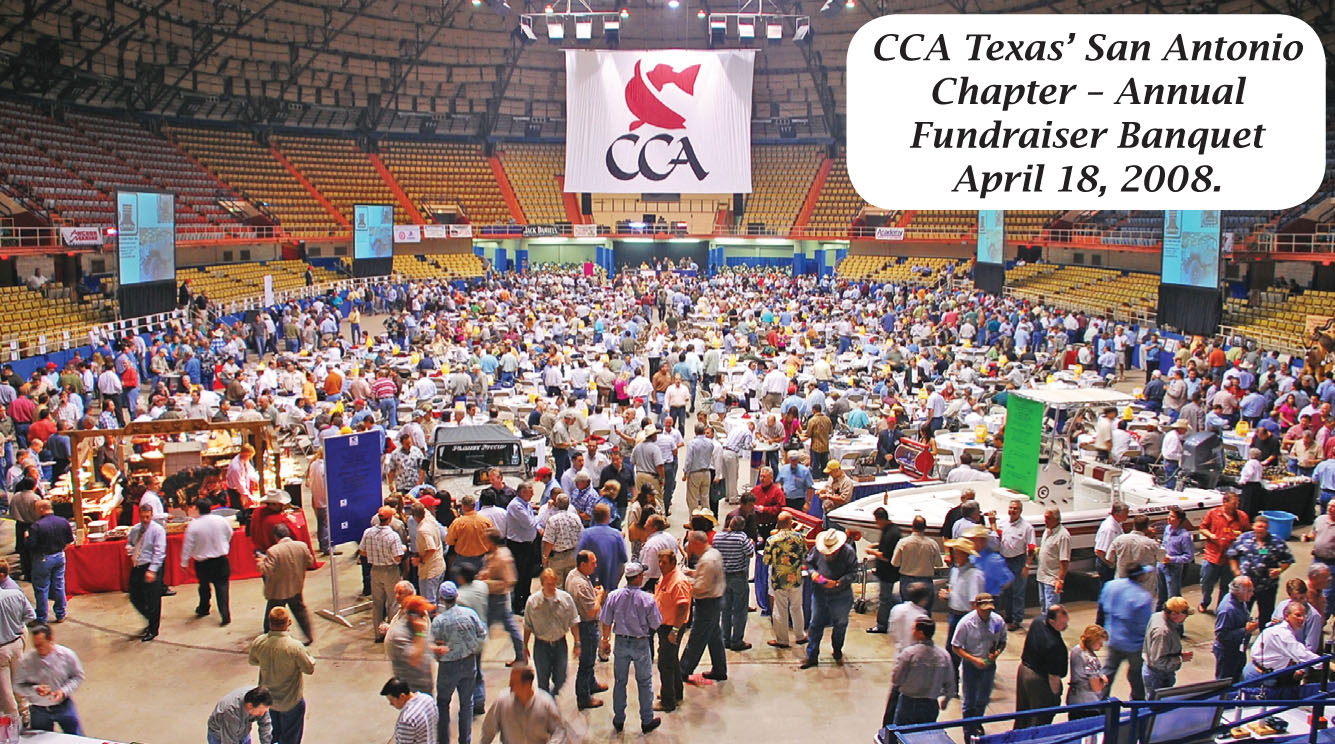 CCA Texas’ San Antonio Chapter – Annual Fundraiser Banquet April 18, 2008.
CCA Texas has once again been blessed with a successful spring banquet season with record attendance and record fundraising. A strong grassroots group of dedicated volunteers, donors and supporters continues to make CCA Texas the premier coastal conservation organization in the United States. This grassroots group is the key to the success of CCA Texas and its long, rich history.

Banquet attendees, new members and renewals continue to set CCA Texas membership levels at all time highs, approaching 55,000 members who want to see the valuable Texas coastal resources remain plentiful and sustainable for years to come. Banquet attendance has seen levels at over 1,400 in San Antonio, 1,200 in Corpus Christi, 800 in the Rio Grande Valley and Victoria and continued growth in smaller chapters across the state. The newly formed San Bernard chapter, based in the East Bernard area, had a record setting event with over 500 in attendance of which over 200 were new members.

Despite concerns of the current economy; supporters, donors and buyers continue to support and set new levels of fundraising for CCA Texas. This continued support and membership levels speaks volumes in the belief of CCA Texas and the organization’s ability to continue the fight for proper fisheries management, support of Texas Parks and Wildlife Law Enforcement, funding of scientific studies used in fisheries management and resource assessments, habitat enhancement projects, the support of five graduate level scholarships for marine biologists and the education of the general public.

CCA Texas staff and volunteers would like to thank our members, sponsors, donors and buyers for their continued support. With you and the grassroots efforts, Texas coastal resources will benefit for generations to come.