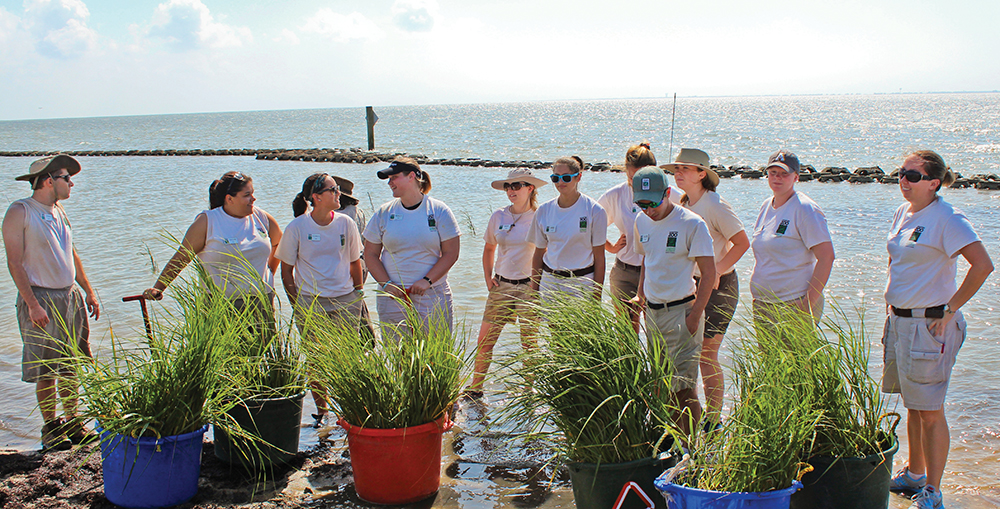 In 1977, it was the grassroots efforts of local recreational fishermen that came together with a common cause to form Gulf Coast Conservation Association (GCCA). While small yet fragmented groups were in existence already throughout the state, the founding members of GCCA brought desire, knowhow and political connections to the table to begin a sometimes intense yet necessary battle to turn the tide in the diminishing populations of speckled trout and redfish in the State of Texas. These early pioneers of marine conservation in Texas left an indelible mark on marine conservation that continues today.

Since that first meeting in a small tackle shop in Houston, GCCA has evolved into Coastal Conservation Association (CCA) and has grown to 19 state chapters along the Atlantic, Gulf and Pacific coasts, with more than 120,000 members. CCA Texas is the largest and oldest state chapter of the organization, with membership numbering 70,000 comprising 55 local chapters located across the state.

Grassroots success is everywhere you look in today’s CCA and with this comes the energy and strength of the organization In Texas. In the advocacy arena, big victories were achieved with the passing of new oyster management policies and statutes put in place in September of 2017.CCA Texas played a key role in this effort by being an integral part of the process in the beginning stages and throughout the process.CCA Texas members sent in over 1,100 comments to support proposed changes to both the management policies and statutes that were put before the TPWD commissioners and legislature for approval.

The San Jacinto waste pit site has long been a point of contention for conservationists and fisherman in the Galveston Bay area.After coming to a head with toxic leaks being documented into the Galveston Bay System as a result of erosion that occurred during Hurricane Ike, CCA Texas along with Galveston Bay Foundation and others launched a successful campaign to seek the removal of these materials. Although the initial plan was not what the organizations wanted, it was a start.

Hurricane Harvey caused more damage and, in turn, the EPA finally ruled that all contaminated materials must be removed. CCA members submitted more than 2,000 comments to the EPA supporting the full removal of contaminated soil. CCA Texas’s Executive Director Robby Byers and Governmental Affairs Committee Chairman, Troy Williamson, printed and hand-delivered every single comment in a meeting with EPA representatives in Dallas. This support by the membership was a crucial part in the actions taken by EPA.

In the Habitat realm, grassroots efforts are evident everywhere. The efforts of Friends of RGV Reef and CCA members has created a one-of-a-kind nearshore reef in Texas state waters off the coast of South Padre Island. This effort, spearheaded by local recreational fishermen, was the key to the establishment of and the deployment of reefing materials into the Rio Grande Valley nearshore reefing site. The project is still being run by local volunteers and their efforts are setting the stage for similar efforts in Sabine Pass and other areas along the Texas coast. CCA and other volunteers are also key participants in marsh grass planting and oyster bagging events up and down the Texas coast.

The success of the CCA Texas fundraising efforts is deeply rooted within the local chapters.Without active and successful fundraising and membership efforts by local chapter boards, the advocacy and habitat success would not be possible.

CCA Texas events range in size from 100 to 2,000-plus attendees, and these events raise funds up to as much as $1.2 million dollars during a single event. This continued success would not be possible without committed local chapter volunteers and supporters.

CCA Texas leadership is born from the local chapters, and their longstanding support and belief in the CCA Texas model of marine conservation. CCA Texas is blessed to have this type of support as it continues to move forward in helping ensure the Texas coastal resources for present and future generations.

Grassroots efforts in fundraising can also come through the help of local business support. Bay Flats Lodge, Building Conservation Trust (BCT), CCA’s National Habitat Program, and CCA Texas recently came together to create a habitat funding program that will benefit the middle coast of Texas. This effort by Bay Flats works by matching donations from lodge guests at a rate of 1:1 with a check written by Bay Flats to BCT once a month. The success of the program is already showing and Bay Flats Lodge, CCA Texas and BCT are excited to see what will come in the future. This effort is paying it forward for the restoration and creation of marine habitat in the central Texas coast. If you are a business and would be interested in a similar program, please contact Kim Philippe or John Blaha at (713) 626-4222.

If you are interested in being a part of a committed team, contact CCA Texas at (713) 626-4222 and ask to speak with your local chapter representative. We welcome new people and fresh ideas and look forward to another 40 years of marine conservation in Texas.