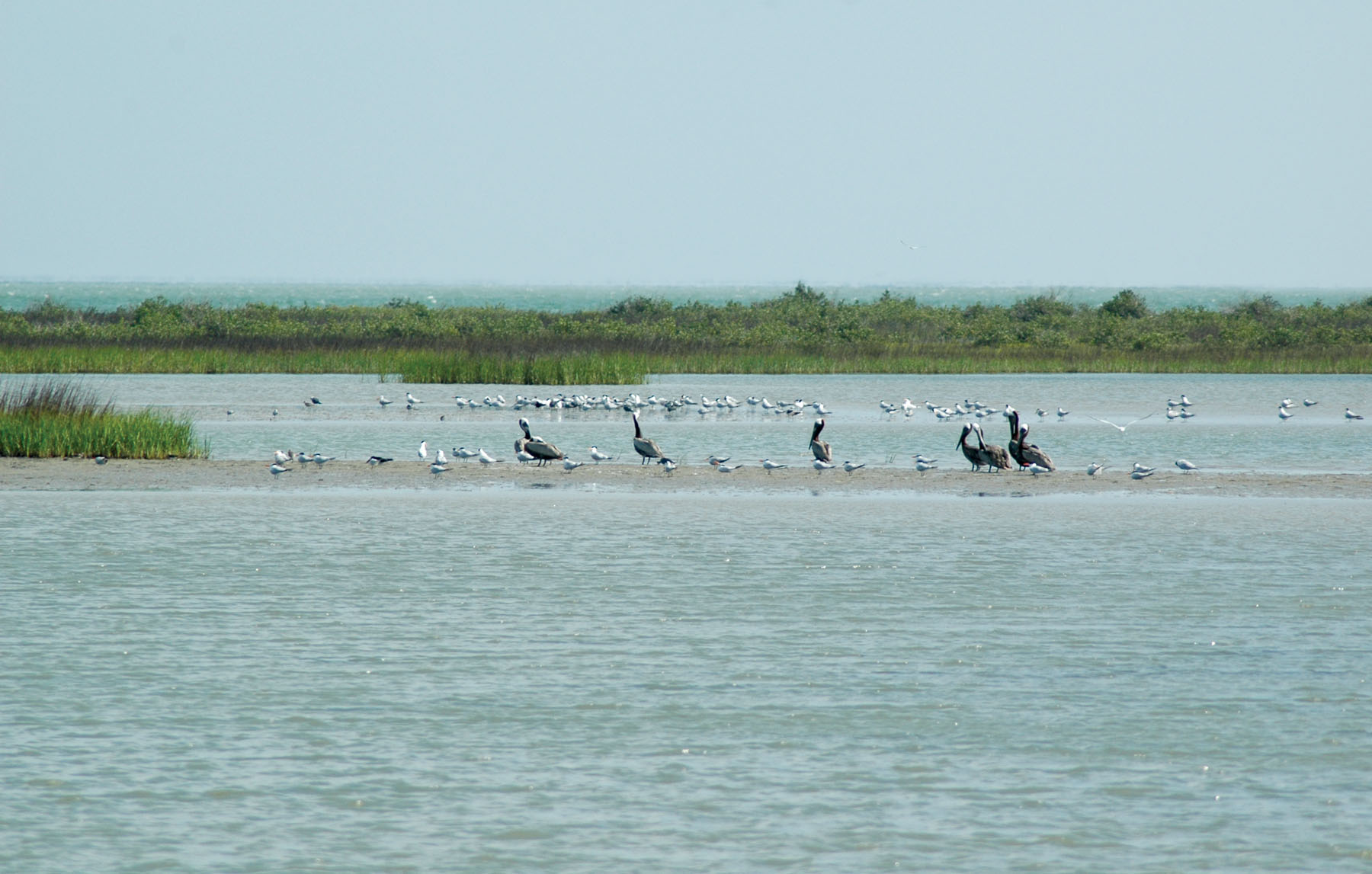 CCA will continue to partner with other groups to restore and create important marsh habitat along the entire Texas coast.

CCA Texas's Executive Board recently approved a $50,000 funding request by CCA Texas's habitat program, Habitat Today for Fish Tomorrow (HTFT). This request is for the first phase of a marsh restoration project in Bird Island Cove, located in West Galveston Bay. This project will be led by Texas Parks and Wildlife Department (TPWD) and will have an estimated total cost of $1,300,000. HTFT's $50,000 commitment will be used by TPWD as matching dollars in the overall grant request submitted for final engineering and construction of Phase I of the project.

Coastal wetland loss in Texas and in the Galveston Bay system is significant and is a continuing concern because of the essential roles that wetlands perform. Wetland loss in the Galveston Bay system is greater than in many other areas of the state. The estimated loses between the 1950s and 1985 are 35,000 acres (20%) of its wetlands and 1,800 acres (70%) of its seagrasses (White et al., 1993). Based on historical information, most of seagrass losses have occurred in West Galveston Bay and these losses also include wetlands and adjacent habitats along the entire north shoreline of west Galveston Island and within the project area. More recent research and aerial photography indicate that wetland loss is continuing at a rapid rate.

"Habitat Today for Fish Tomorrow (HTFT) continues to expand its efforts to help restore and create essential habitat that will benefit the coastal resources of Texas", commented HTFT Committee Chairman Jay Gardner. Gardner continued, "Wetlands loss is a major concern throughout the United States and those losses are substantial in Texas as well. HTFT will continue to work with like organizations and governmental agencies to help restore, create and conserve these vitally important habitats."

This project is anticipating using approximately 4,400 linear feet of 15-foot circumference geo-textile tube as breakwater to protect the restoration of intertidal marsh complex. This intertidal marsh complex includes salt flat marsh; salt flats, intertidal marsh and protected shallow water areas that will be restored and created by hydraulically dredged sediments that will be pumped from nearby borrow areas. These sediments will be pumped to specific elevations to create intertidal marsh and to higher levels to restore salt flat marsh/sand flat habitats. This restoration method will allow for the migration of intertidal marsh to higher elevations in response to sea level rise. This method of marsh restoration has restored hundreds of acres of marsh and segrasses in other areas of West Galveston Bay such as Snake Island Cove, Jumbile Cove, J-Cove, Delehide Cove, Starvation Cove, Carancahua Cove, and McAllis Point.

The end result of the Bird Island Cove project in Phase I will be the direct benefit to 114 acres of existing coastal wetlands through the construction of the breakwater protecting them from continued erosion. Phase I will specifically restore 52 acres of intertidal marsh complex (salt flat marsh, salt flat, intertidal marsh and protected shallow water) and provide protection and enhancement to the existing estuarine habitat.

"Habitat Today for Fish Tomorrow is committed to the restoration of lost marsh and wetlands in Texas", commented CCA Texas Executive Director Robby Byers. Robby further commented, "The organization has supported past projects in West Galveston Bay at Sportsman's Road and Snake Island Cove and will continue its commitment to the restoration of these marsh habitats at Bird Island Cove."

Habitat Today for Fish Tomorrow is the habitat restoration and creation initiative of CCA Texas. HTFT was launched in November of 2008 and to date the program has funded in excess of $420,000 in habitat restoration along the Texas Coast. For more information about HTFT, please contact John Blaha at (800) 626-4222.