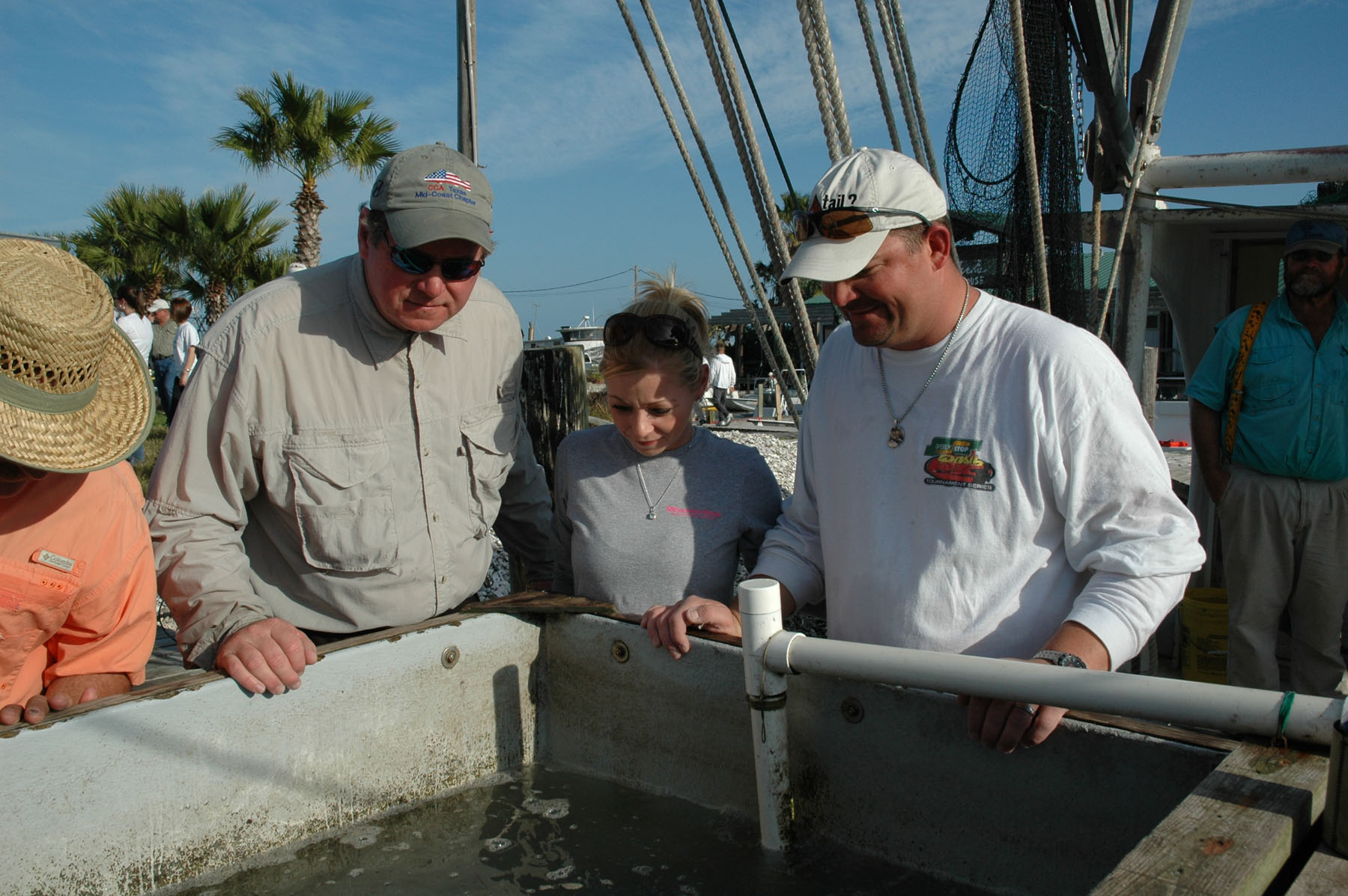 Speedy Stop Bash Series honchos Cliff Thomas, Whitney Burns and Jimmy Burns viewing live trout in holding tank headed back to West Matagorda Bay.
According to TPW, saltwater license sales are growing at the rate of 2000 new anglers per month. Sales of saltwater stamps should top the 1-million mark in 2008, up from about a half-million a decade and a half ago. If this continues, we could hit 1.5-million by 2020, maybe sooner.

Fishing pressure has reached an all-time high and rising. Immediately following the banning of nets and the commercial sale of red drum and spotted seatrout, the stocks of these popular inshore species skyrocketed. That bounteous rise prompted many to say, "Now that the nets are gone, you'll never hurt 'em with a rod and reel." And while this probably seemed a safe bet at the time, they had no idea how many rods and reels were coming.

Apart form the sheer number of fishermen, advances in boating and tackle technology have made us more efficient. Our standard of living has risen also. We are the best equipped generation and our pockets contain more discretionary dollars. Not only do we love fishing and have great gear, we can afford to fish more days.

So, if you can project these trends forward, you don't have to be Einstein to see that we might someday run out of fish. A fish killing freeze or widespread red tide could hasten the arrival of that day. Hatcheries and stocking programs will continue to bolster natural production, but will not be the whole answer. If we are to continue catching fish, recycling will become necessary. Recycling makes too much sense to be ignored. Proof of this are the industries that have grown from the concept of using metals, glass, plastic, wood and paper more than once. We're going to have to learn to catch our fish more than once.

Live Weigh and Catch and Release fishing tournaments are helping convince lots of anglers that recycling is a viable strategy for conserving our fisheries. My hat is off to all tournament organizers and promoters who have adopted the Live Weigh and C&R formats. The Speedy Stop Bash Series, Texas Saltwater Series, FLW-Redfish Series, ESPN's Redfish Cup, the IFA Redfish Tour, and all the others on this bandwagon deserve kudos for the efforts they are investing in the conservation of our fisheries. We are all beneficiaries of their recycling efforts and the contribution toward greater stewardship is very powerful.