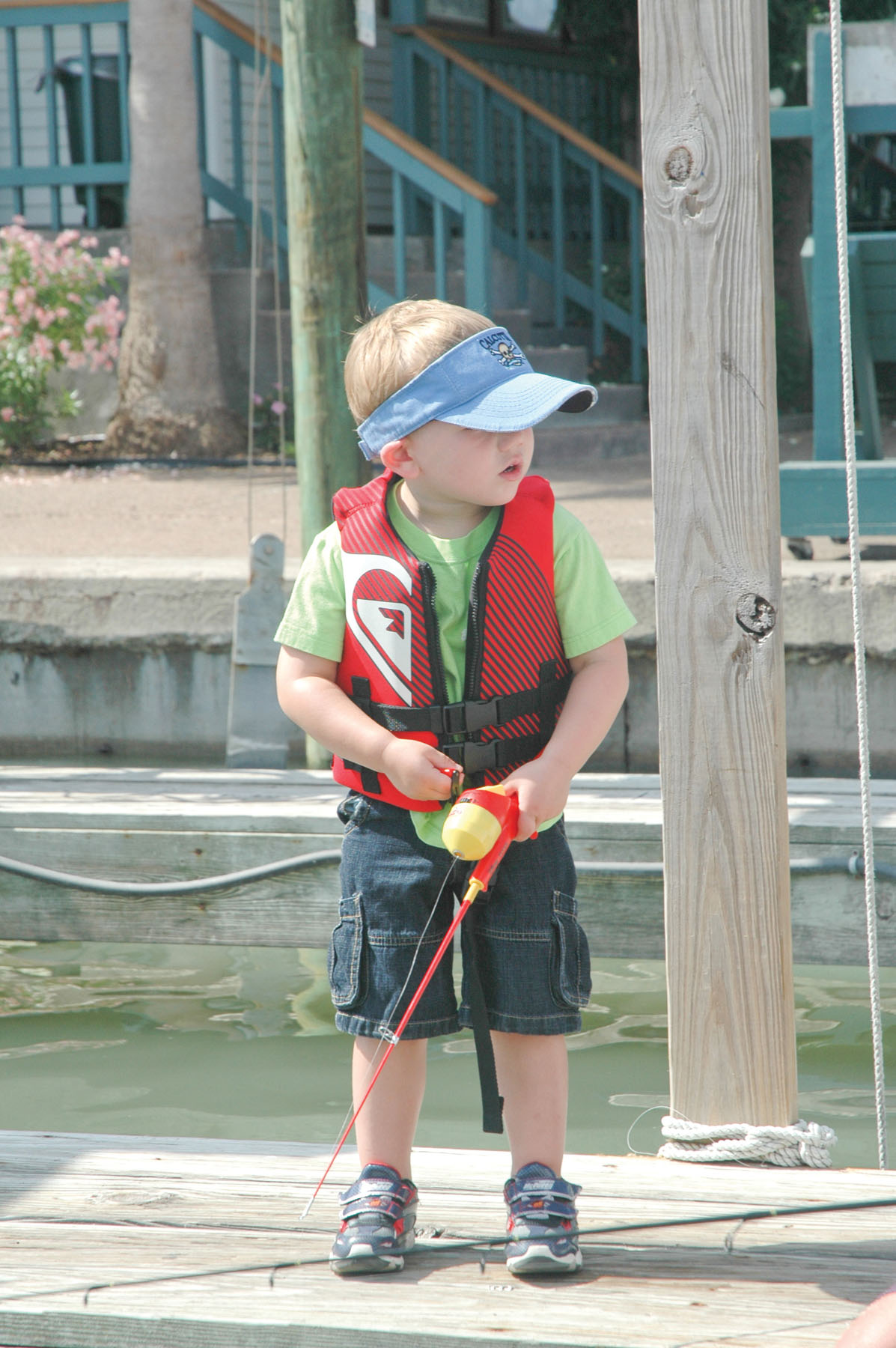 Getting youngsters involved in fishing is a primary focus of CCA volunteers who help staff these efforts at Sea Center Texas.
The strength of any volunteer organization is its membership base and volunteers.

Coastal Conservation Association Texas (CCA Texas) has been in existence since 1977 and it all started with a small group of recreational fishermen that were simply fed up with the decline of redfish, speckled trout and other species that were suffering from overfishing. Fourteen concerned fishermen put into motion the movement that became CCA Texas. Since then, the organization has grown into Coastal Conservation Association (CCA) with state chapters covering the entire East, West and Gulf coasts of the United States. Texas currently has in excess of 85,000 members and CCA has over 142,000 members nationwide. CCA is arguably the strongest and most effective marine organization of its kind because of the passion and willingness of its members to be active.

CCA is truly a grassroots organization that depends on its membership in many ways. Membership and volunteers are the means by which the organization raises necessary funds to ensure that our coastal resources are healthy and bountiful for present and future generations. These funds are used for advocacy in our state capitols, habitat creation and restoration and outreach to educate the general public on the importance of responsible use of the coastal resources. The effects of a strong membership are felt near and far from the Texas coast with chapters from Orange to South Padre Island and up to Laredo; Houston to Dallas, Ft Worth, Austin, San Antonio and as far west as Midland. Texas currently has 56 chapters and, nationwide, CCA has over 200 chapters in 17 states.

In the late 2000s, CCA began to look at other ways to bring new members and spotlight greater awareness of the organization. The organization's biggest victories at this time were still in the halls of government, but the Texas leadership and national leadership also realized that there were other needs for membership.

In November 2009 CCA Texas created Habitat Today for Fish Tomorrow (HTFT). To date HTFT has contributed over $3.9 million to habitat restoration and created projects along the entire Texas coast. CCA National leadership helped create Building Conservation Trust (BCT), a 501 (c) (3) non-profit organization exclusively dedicated to habitat creation and restoration. BCT works hand in hand with CCA in all states with local chapters and communities to ensure coastal resources are healthy everywhere. These habitat efforts are another part of the organization that fulfills the mission of CCA and the desires of its members.

On September 26, 2015, CCA Texas will host its 4th Annual Concert for Conservation at Sam Houston Race Park in Houston. This event has become a "have to see" event with nearly 4,000 attendees in 2014. This event allows CCA Texas to reach out to another group of members and gives CCA Texas the ability to spread the mission of the organization to a wider base of members across the state. Be sure to mark your calendars for September 26tickets are on sale now and this year's headliner is Lynyrd Skynyrd and is backed up by Grand Funk Railroad, Eddie Money, The Atlanta Rhythm Section and Folk Family Revival. It's truly a Concert for Conservation and like no other.

Membership matters and CCA works hard to build and maintain a strong membership base. How does it matter?

Starting with one of the most successful conservation efforts ever that established game fish status for redfish and speckled trout and removed gill nets from the coastal waters of Texas. The conservation of coastal resources would not be possible without the efforts and support of membership. Membership is everyone from youth and young adults that are beginning to appreciate the resources to the seasoned member that has been active for many years and is connected within the local communities; local, state and federal governments; local, state and federal fisheries management; and lastly and perhaps most important of all, believes in the mission and approach of CCA.

Yes, your membership matters! Your membership and the membership of tens and hundreds of thousand members is critically important in the battles waged in local, state and federal government offices. CCA at times requests the help of its membership through "calls to action" asking membership to contact their local representation and tell them how important a particular issue is to them, the organization and, above all, the resources we love. Please be active, your membership counts!