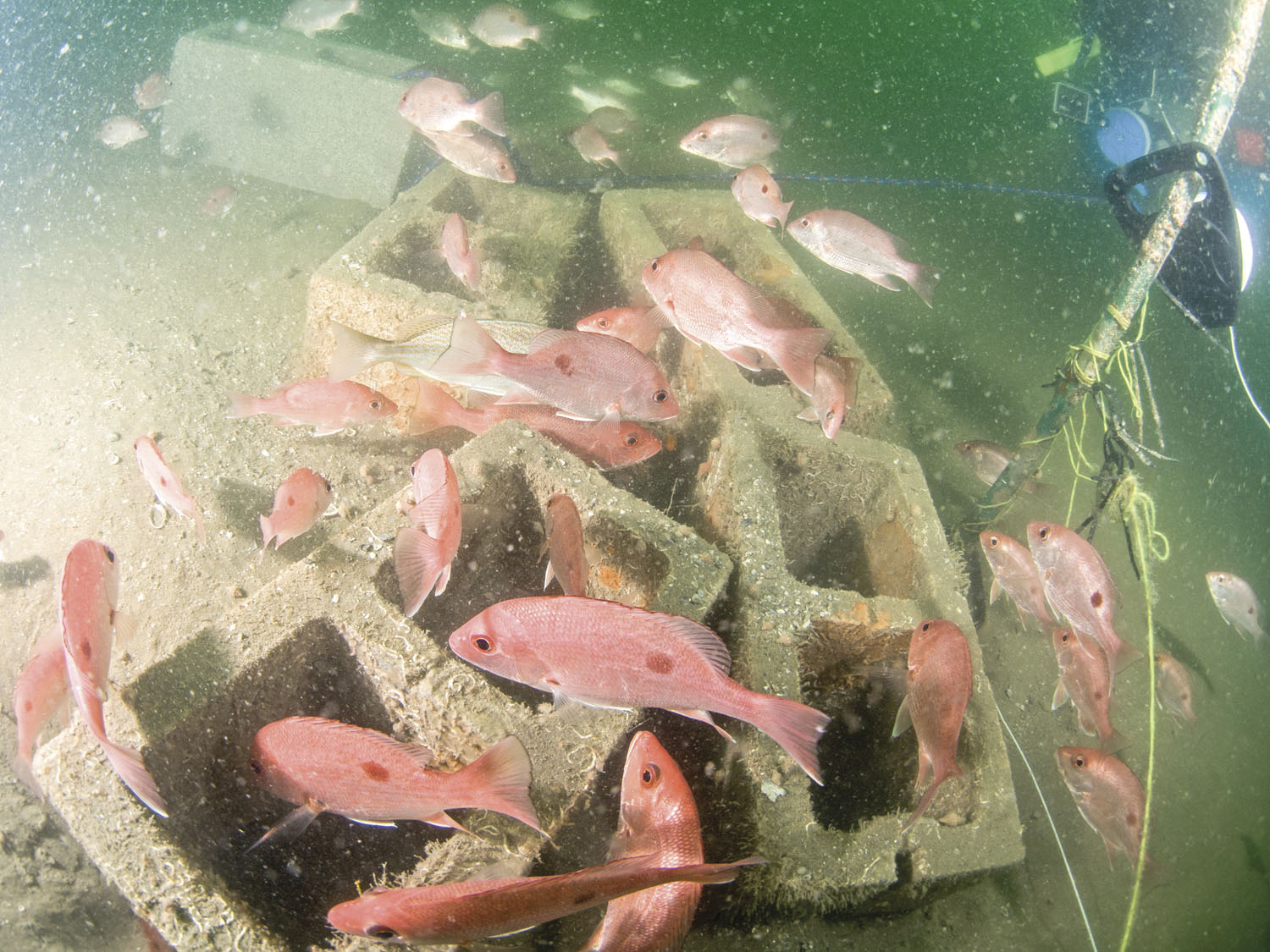 Successful coastal habitat restoration and creation projects are more times than not the result of strong partnerships and local grassroots efforts. Many examples exist along the Texas coast between federal, state and local agencies, conservation organizations, academic institutions, and local grassroots initiatives. CCA Texas's Habitat Today for Fish Tomorrow (HTFT) and Building Conservation Trust (BCT), and the CCA National Habitat Program have been a part of many such projects. The Rio Grande Valley Nearshore Reefing Project is an excellent example of a community effort being accomplished through a group of partners.

The Rio Grande Valley Nearshore Reef site will soon see its first load of reefing materials deployed thanks to the diligent efforts of Friends of RGV Reef, University of Texas Rio Grande Valley, HTFT and BCT, Texas Parks & Wildlife's Nearshore Reefing Program (TWPD), the Texas General Land Office and many other local individuals and businesses. The effort to create the RGV nearshore reef started through the efforts of longtime local recreational fishermen. CCA Texas was contacted in the fall of 2014 and asked if the organization would support an effort to create a new nearshore reefing site off South Padre Island. This new site would give recreational anglers in the Valley region an easily accessible fishing spot to target species such as red snapper. In addition to seeking support from CCA Texas, the local group visited extensively with Dr. Rick Kline about his studies on nearshore habitat to determine the best possible site for such a project to be constructed. With concern for poaching and other illegal fishing activities coming up from Mexico, conversations were also held with the TPWD Law Enforcement Division to discuss where the best location would be from an enforcement point of view. Throughout this entire process, the local group visited extensively with the TPWD Nearshore Reefing Program.

The group of recreational fishermen that formed Friends of RGV Reef, CCA Texas, TPWD Law Enforcement, local recreational fishermen and community leaders all came together in February of 2015 to meet with the TPWD Nearshore Reefing Program and present what would become the largest nearshore reefing site along the Texas coast to date. Armed with Dr. Kline's research, maps of the proposed reefing site, support letters from across the community and a burning desire and will to make the project happen, the wheels were put in motion to create this new site.

The TPWD Nearshore Reefing program went to work immediately to get the site permitted. In July 2016 it was officially permitted as the largest nearshore reefing site ever in Texas at 1,650 acres. Friends of RGV Reef has worked tirelessly to secure storage facilities on the Brownsville Harbor, as well as secure reefing materials that include two boats and assorted rip-rap. At the request of HTFT in October of 2015, CCA Texas committed $100,000 to the project, and BCT stepped forward with a matching grant of $100,000. The input of local recreational fishermen and TPWD Law Enforcement throughout the process has been invaluable as well and played an important role in making this site a reality.

"Recreational fishermen in the Valley are excited to have a new nearshore site with easy access for fishing and what we feel will offer excellent fishing opportunities for many species," commented local fisherman Bob Glick. Glick added, "The vision of the local active members of this effort is to create a nearshore site that isn't just a one-time endeavor, but a continuous effort to reef the entire site and create a habitat within it that supports the entire life cycle of the Gulf fishery."

The RGV Reef is a shining example of what recreational anglers can accomplish by working closely with groups such as CCA Texas and BCT, TPWD, local academia and, most importantly the local community and leadership to execute a habitat project. HTFT and BCT are working closely with Friends of RGV Reef to deploy the first materials into the site during late-summer or early-fall of this year. The initial deployment will include low relief materials that will provide habitat for young early-life cycle fish as well as an old shrimp boat. TPWD hopes to begin deploying larger materials, such as pre-constructed pyramids, in 2017 and begin creating a nearshore reefing site that has habitat for the full-life cycle of marine species.