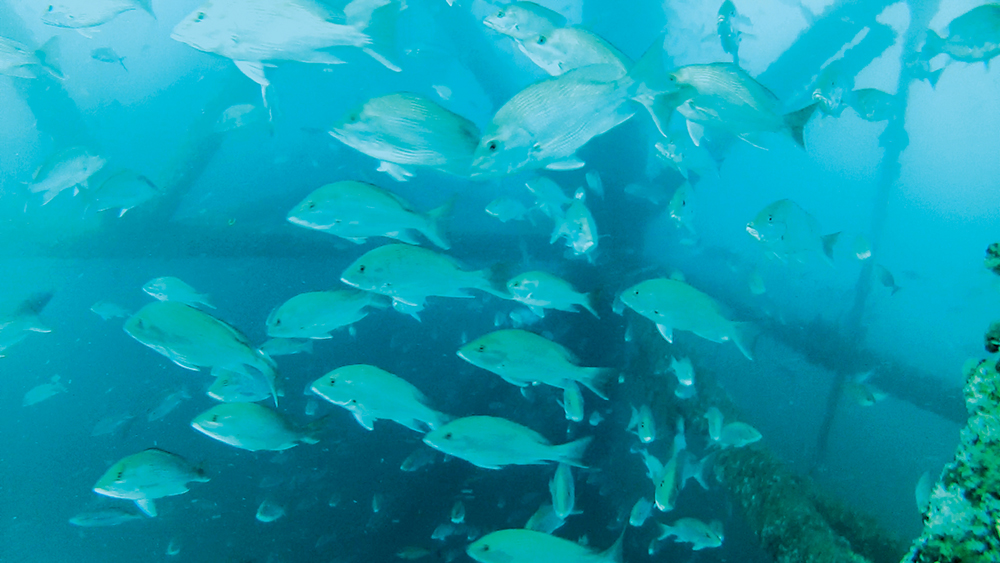 Last September, the National Marine Fisheries Service (NMFS), a branch of the National Oceanographic and Atmospheric Administration (NOAA), informed the five Gulf States of its willingness to follow U.S. Senate Report 114-239 in the 2017 Consolidated Appropriations Act, which directed NOAA to “develop and support a fishery management pilot program that allows states to lead reef fish management activities in designated zones over artificial reefs in the Gulf of Mexico, specifically red snapper.” One way to gather data for such a “pilot program” is the use of an Exempted Fishing Permit (EFP), which is generally used for conducting research, data collection and fishing-related activities otherwise prohibited by federal regulations.

Texas Parks and Wildlife Department (TPWD) responded to this request with an EFP application seeking exemption from the federal season to test data collection and quota monitoring methodologies during 2018 and 2019. Under the EFP, recreational anglers fishing from private vessels will have an 82-day season in federal waters and a 365-day season in state waters off the coast of Texas in 2018, beginning June 1. Charter for-hire (CFH) vessels were not included in the final version of the EFP, therefore recreational anglers fishing on a charter trip will only have a 51-day season in federal waters.

The removal of the CFH from the EFP was not the desire of TPWD nor that of the public. Texas anglers dominated the public comment period on the Federal Register, accounting for 47.1% of nearly 1,700 comments received. A total of 98.8% of the individuals from Texas who commented were in favor of keeping the CFH in the EFP. Despite this overwhelming majority, NMFS once again ignored the voice of the recreational angler and forced Texas and Louisiana to remove the CFH from their plans, a move that segregates the recreational fishery.

The EFP will allow TPWD the opportunity to demonstrate they have the ability to effectively manage the recreational red snapper fishery by using current data collection methods such as the Texas Marine Sport Harvest Monitoring Program (TMSHMP), and incorporating new self-reporting tools such as iSnapper. Under this EFP they can utilize these tools to make management decisions to stay within the quota by closing the season when the quota is met, and they have the flexibility to propose red snapper season dates that are generally more suitable for offshore navigation and/or in conjunction with historical high-use dates. If the assigned quota for 2018 is exceeded, TPWD can make necessary adjustments in red snapper regulations in 2019 to account for the overage.

If utilized properly, the EFP should serve as a model for the Gulf of Mexico Fisheries Management Council in the development of the more comprehensive state management amendments that will hopefully give states permanent authority over all aspects of the fishery off their coasts.

How Can You Help?

All recreational anglers are encouraged to be active conservationists by participating in dock-side TMSHMP creel surveys, utilizing the iSnapper app to report snapper landings, and practicing safe catch and release with descending devices.

You can help TPWD estimate sport fisheries abundance and harvest pressure simply by answering a few questions when approached by TPWD staff at your local marina or boat ramp. Creel surveys are conducted throughout the year from 10:00 am to 6:00 pm at specified boat-access sites along the entire Texas coast. In attempts to increase and refine the data collection efforts from offshore anglers, TPWD has increased the samplings at Gulf launch sites by 300 percent.A typical creel survey includes questions relating to the fishing trip and counts/measurements of the catch as quickly as is practical. In addition, one randomly selected angler from each fishing party will be asked about the species of fish sought and the level of satisfaction with the trip.

Good data in, good data out. With more accurate data, buffers that are incorporated into the recreational catch projections could be reduced, ultimately providing a greater amount of fish to be harvested over a longer season. The iSnapper mobile app is a user-friendly tool available to anyone with a smart phone. CCA Texas encourages all recreational anglers to download the app and use it to help improve red snapper management by providing scientists with the best data available. With the app you can log catches and trips, save favorite fishing photos, get a local weather report, generate trip statistics and share updates on social media. TPWD will use the data from iSnapper in conjunction with their established fisheries data collection methods to estimate harvest rates and, if necessary, when to close the recreational season and avoid going over the quota.

Catch and release mortality of red snapper is highly dependent upon the depth from which the fish was landed. As fish are reeled to the surface, gases in the swim bladder expand because the pressure decreases. Fish brought to the surface from any depth greater than 90 feet can exhibit symptoms of barotrauma such as expanded abdomen, bulging eyes and the stomach protruding from the mouth. The gas expansion also increases buoyancy, which can make the fish an easy target for predators. A simple and effective method to decrease mortality involves the use of a descender device, which will rapidly descend the fish back to a prescribed depth on a weighted line to recompress the swim bladder, alleviate barotrauma symptoms without having to vent the fish, and minimize predator interactions at the water’s surface. The device can be a weighted hook, lip clamp or box that will hold the fish while it is lowered to depth. It will either release the fish automatically, release the fish by actions of the operator of the device, or will allow the fish to escape on its own. Since minimizing surface time is critical to increasing survival, descending devices should be rigged and ready for use while fishing is occurring. One of the more popular devices on the market is called the SeaQualizer, which can be purchased online for approximately $60. Descending devices are an excellent conservation tool that are scientifically proven to minimize discard mortality, which can ultimately result in increased allocations (longer seasons) for recreational anglers.