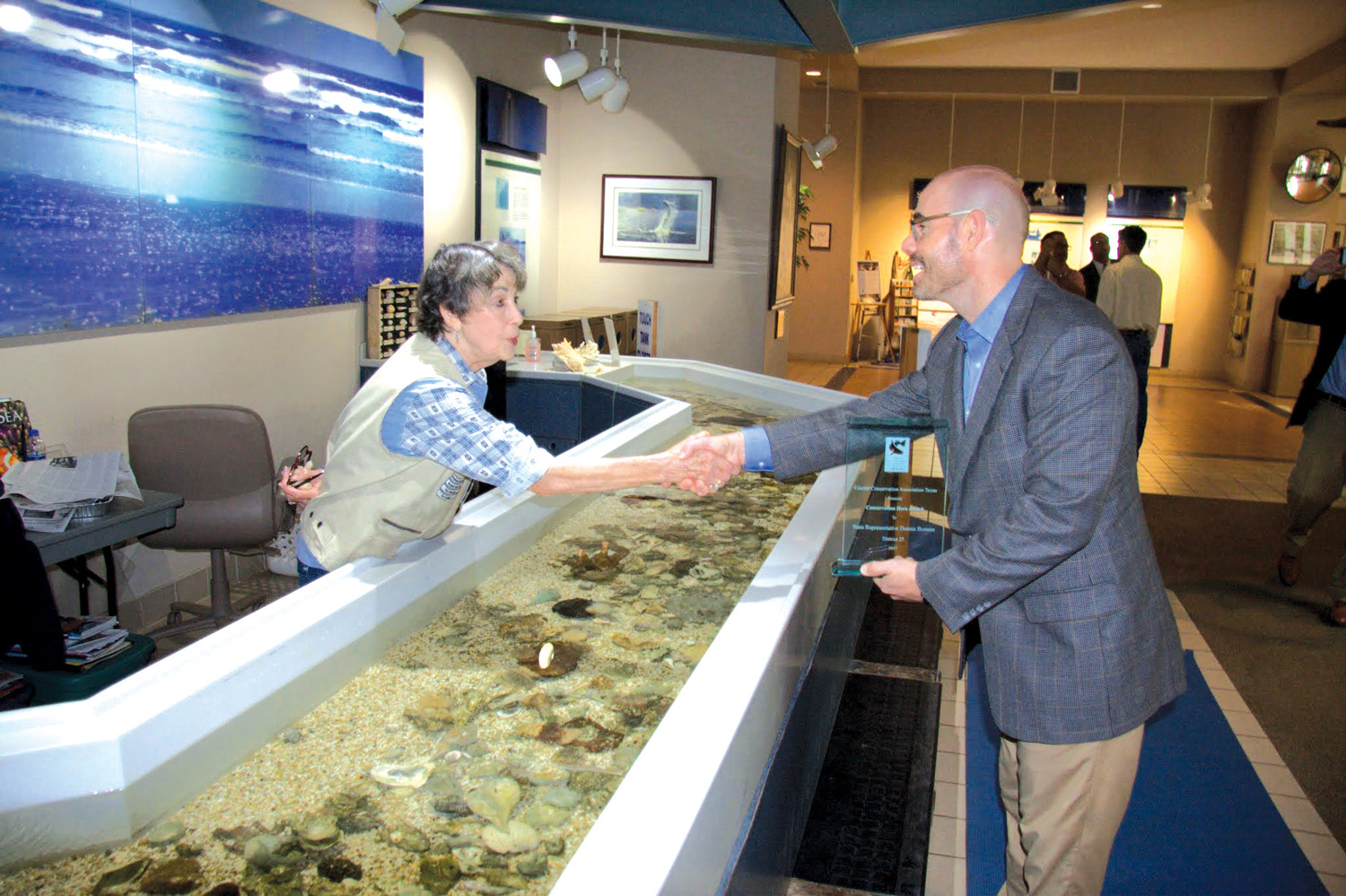 In 1981, the Texas Legislature passed the Redfish Bill, designating redfish and spotted seatrout as “game fish” to provide protection from commercial harvest. The bill, coupled with sound fisheries management practices that include a robust hatchery program and conservative bag/slot limits, resulted in the recovery of those species and helped create a world class fishery in our coastal waters. The Redfish Bill also paved the way for decades of effective legislative measures, such as the crab trap removal program and the inshore shrimp license buyback program. Members of our Texas legislature have long understood the need to conserve our present and future availability of coastal resources for the benefit and enjoyment of the general public; and Rep. Dennis Bonnen (R) of the 25th Legislative District has been one of the biggest advocates of Texas coastal conservation.

Rep. Bonnen’s district encompasses southern Brazoria County and all of Matagorda County. He serves as Speaker Pro Tempore and Chairman of the House Ways and Means Committee. He is also a member of the House Culture, Recreation & Tourism Committee. He has been a force in the Texas legislature for over 20 years, and in this past legislative session, Rep. Bonnen demonstrated his prowess by championing effective legislation that will have long-lasting positive impacts on our bays and estuaries.

On March 28, 2017, the aforementioned committee on Culture, Recreation & Tourism convened with a full agenda, ranging from the placement of sound producing devices on vessels to the designation of the Bowie knife as the official State Knife of Texas. About 1 hour 25 minutes into the meeting, the subject of House Bill 51 (HB 51), relating to the management of commercial oyster boats, was introduced by that bill’s author, Rep. Ryan Guillen (D) of the 31st Legislative District. As presented in this committee hearing, HB 51 was a bill that simply allowed the state to establish a commercial oyster license buyback program and gave the Texas Parks and Wildlife Commission the authority to require the use of vessel monitoring devices on oyster boats. Recognizing that the oyster fishery was in need of a lifeline, 16 individuals from the oyster industry and conservation organizations, including CCA Texas, voted and/or testified in favor of the bill. What should have been a relatively short showing of support for HB 51 turned into a rather lengthy and at times heated exchange between committee members and witnesses. Leading much of the discussion was Rep. Bonnen.

Just a few weeks prior to this committee hearing the commercial oyster harvest in Christmas Bay (Brazoria County) was a fiasco. Pristine coastal habitat was destroyed, leaving elected officials wanting answers and conservationists demanding that our state do more to protect our public oyster reefs. Needless to say, Rep. Bonnen was keenly aware of the trends in the oyster fishery and was determined to fix it.

Early on in the hearing on HB 51, in response to controversial testimony, Rep. Bonnen said, “You have made a massive mistake. You have disrespected me and disrespected the chairman of this committee. I am offended that you think me wanting to represent my constituents from Brazoria and Matagorda County is somehow not acceptable to you.” Later in the hearing he echoed that sentiment to another witness by adding, “I will continue to represent my constituents. I will continue to listen to my constituents. It is my job, it is what I have been elected to do.”

Rep. Bonnen takes his job seriously and expects a clear answer to a simple question. When trying to get clarification as to who was responsible for the reckless oyster harvest practices in Christmas Bay, he clearly was not satisfied with the response. “This is the problem with the game you guys play,” he said. “You want to pretend you have no role in the overfishing of the oyster reefs. You want to pretend you’re above it all, and that you don’t have anything to do with it. You are the single greatest problem.”

Towards the end of public testimony, Rep. Bonnen summed up his thoughts on the industry’s actions prior to, and behavior during, the testimony by stating, “Here’s the problem: You all do thuggery and intimidation. This [legislative] process is based on people being able to represent their positions.”

HB 51 was left pending for two weeks before being voted out of committee and moving to the House floor for a vote. Rep. Bonnen proceeded to take a good bill and turn it into an outstanding bill. Recognizing that public oyster reefs needed additional protections, he masterfully added amendments that would enhance the penalties for possession of undersized oysters, hold seafood dealers accountable for the possession of undersized oysters (previously a loophole in enforcement) and require that shellfish certificate holders/purchasers (oyster dealers) return oyster shell (or approved cultch material) back into waters approved by Texas Parks and Wildlife Department (TPWD) at an amount equal to 30% of the total volume of oysters purchased. (Alternatively, oyster dealers can pay TPWD an amount calculated equal to the current cost of shell acquisition and deposition at the same 30% level).

After passing in the House of Representatives, HB 51 moved to the Senate where it was sponsored by Sen. Chuy Hinojosa (D) of the 20th Legislative District. The bill was amended on the Senate floor, making some minor changes to the penalties for undersized violations, and on June 12, 2017, Gov. Greg Abbott signed HB 51 into law.

Rep. Bonnen’s amendments to HB 51 will result in transformative changes to the oyster fishery and will go a long way in the recovery of public oyster reefs. They will force players in the oyster industry to either abide by the regulations or get out of the fishery. Perhaps most importantly, returning 30% of the shell back into the water will have monumental impacts as our bays are currently experiencing a scarcity of hard substrate for oyster larvae to set upon.

Even though HB 51 was a great victory for our public reefs, Rep. Bonnen wanted to do more. Knowing that TPWD was considering establishing oyster sanctuaries (closing some minor bays and creating shoreline buffers) and decreasing the undersize tolerance from 15% down to 5%, he scribed a poignant letter to TPWD this past summer, asking them to do more to conserve oyster resources. His words were read aloud by Vice Chairman Ralph Duggins to the entire Texas Parks and Wildlife Commission, and there is no doubt that they resonated with those in attendance, as the Commission promptly adopted a suite of changes in regulations for the oyster fishery.

Conservation efforts are not always easy. They can be complicated. They can be tricky, particularly in our current political climate. It takes fortitude, tenacity and grit to navigate a contentious bill through the legislative process.

Sometimes you need a champion. Sometimes you need a hero. We had heroes in the late ‘70s and early ‘80s who effectively passed legislation, saving the redfish and speckled trout. We have one now who is saving our oysters. For all of his efforts this past year, CCA Texas would like to recognize Rep. Dennis Bonnen as our Conservation Hero.